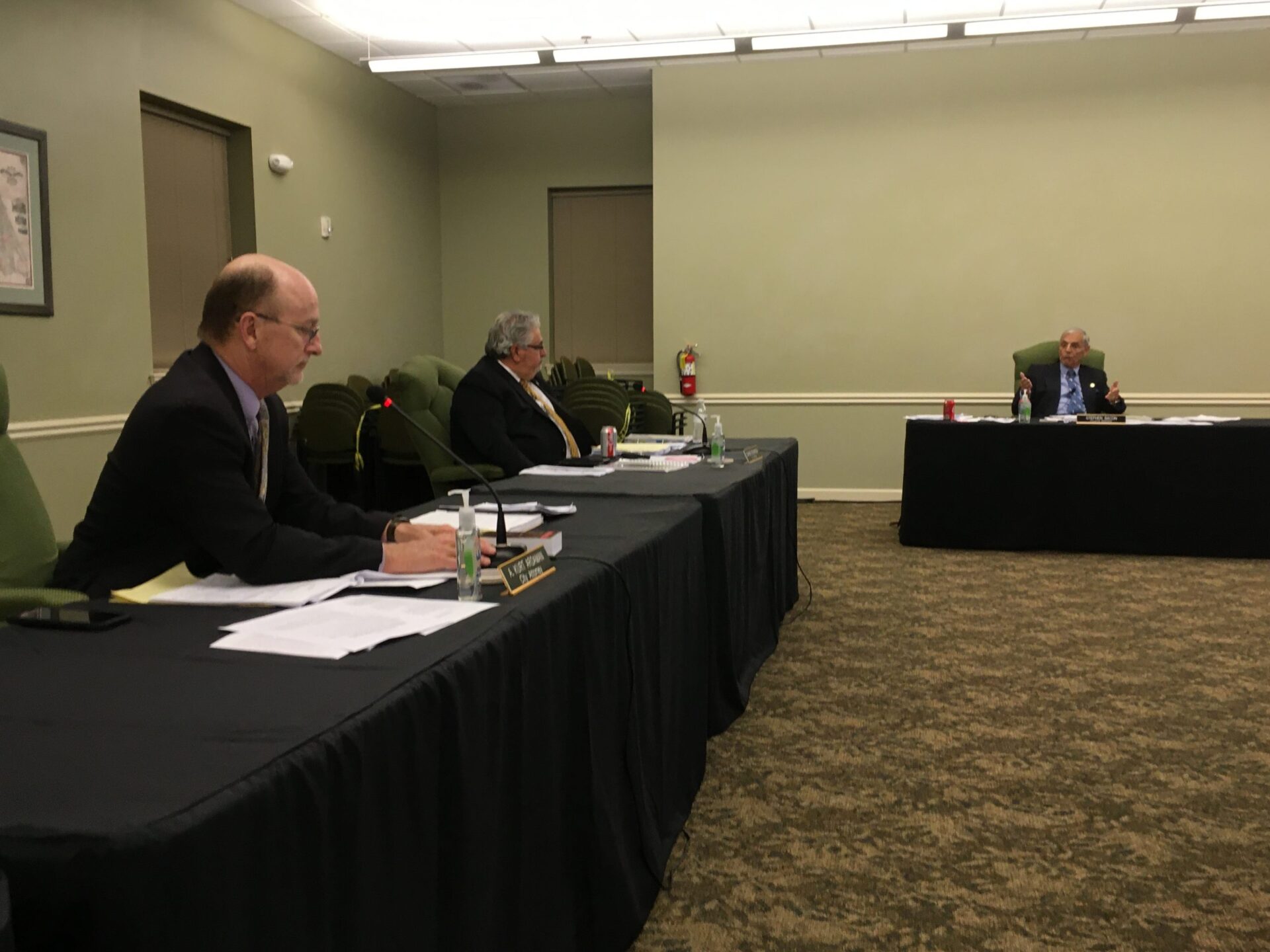 For the second time in four years, the DeBary City Council will conduct a hearing and vote on whether to expel one of its members for allegedly violating the city’s charter.

The City Council will decide July 1 whether Council Member Stephen Bacon improperly ordered City Clerk Annette Hatch to include some material in the minutes of a recent meeting, thereby overstepping the strict separation of powers in DeBary’s charter.

Bacon denies he did anything wrong.

“I didn’t give her an order. That’s in my statement,” Bacon told The Beacon, referring to a written statement he submitted to City Hall regarding the May 20 incident. “Unequivocally, there was no order.”

Countdown to a decision

The City Council voted June 3 to set the hearing on Bacon’s charge of breaching the charter. The hearing, slated for July 1, takes the form of a trial. The council may delay the proceedings, if members determine Bacon needs more time to prepare his defense. The council decided to set the hearing based on an internal investigation of the incident.

When the council broached the matter involving Bacon, he protested he was being treated unfairly. He asked Mayor Karen Chasez and the remainder of the City Council to “postpone this meeting … until I have had the opportunity to find an attorney.”

City Attorney Kurt Ardaman assured Bacon he was not on trial that evening.

“The question tonight is, do we have a hearing in the future or do we not?” Ardaman said June 3.

“I insist [on having] my lawyer here,” he said to the council. “It’s my constitutional right.”

Vice Mayor Erika Benfield, along with other council members, spoke in favor of a hearing on the Bacon-Hatch incident.

“I did overhear most of the discussion,” Council Member Patricia Stevenson told everyone in the chamber, and those listening or watching online. “I do think we need to have a hearing.”

“It was an unwanted interaction based on her [Hatch’s] space,” Benfield said.

City Manager Carmen Rosamonda investigated the incident and concluded by supporting Hatch and her story. His report was submitted to the council.

Rosamonda related he had met with Hatch the morning after the council meeting.

“She was visibly upset, nervous for her job, and near tears,” the manager wrote in his report. “She advised me that she only slept a few hours. Ms. Hatch stated that this is a hostile work environment and cannot work under these conditions. It was clear, with his demeanor, Mr. Bacon scared Ms. Hatch. … I gave Ms. Hatch a direct order that if Mr. Bacon approaches her in the future, do not speak with him, send him to me.”

Rosamonda sent a memorandum, dated May 22, to Bacon informing him of his now-restricted access at City Hall and ordering him to talk and deal only with himself, Rosamonda, in official matters.

Because of the latest incident and prior problematic interactions between Bacon and city employees in 2018, Rosamonda has even banned Bacon from venturing to employees’ offices in City Hall and other parts of the building not open to the general public.

The incident went down after the council had adjourned. Bacon, according to statements given by Hatch and City Records Manager Eric Frankton, approached Hatch with some papers, and a heated exchange of words resulted.

Frankton’s statement picks up what followed.

“At this point, I called out to Mr. Bacon to try and get his attention,” Frankton wrote. “He again stated that Annette Hatch needed to do her job right. I told Mr. Bacon … that he was crossing the line and was giving her directions on what to do, and should apologize to Annette. I was still speaking loudly to Mr. Bacon as he approached me … [when he] stated for me “not to tell him what to do”, [sic] “not to come at him like that”. I explained again that he was giving her direction. And he stated that ‘he [sic] an intelligent man’ and he ‘wasn’t giving her direction, he was just telling her how to do her job.’ He then left the chambers.”

Bacon agreed the confrontation was difficult to ignore.

“She got louder, and I got louder,” he said in a telephone interview.

This is not the first time Bacon has been accused of overstepping his role in DeBary’s government.

In the wake of dealings between Bacon and two employees, Finance Director Liz Bauer and Frankton in the fall of 2018, the then-newly seated City Council passed a resolution naming him “regarding certain matters related to interaction with city staff.”

Bauer had complained about an unwanted conversation about religion Bacon had initiated with her at City Hall. Frankton related Bacon had asked him to look at or fix a computer that was his personal property, not city-issued equipment.

Part of the resolution states “the City Council has become aware of several incidents involving interactions between Council Member Stephen Bacon and employees of the City Staff which have caused those City Staff employees to complain to and/or raise concerns with the City Manager.”

The measure further directed that Bacon “shall not give orders to any officer or employee of the City.”

The council adopted the resolution unanimously Jan. 9, 2019, and Bacon voted for it.

What is the law?

DeBary’s charter — the city’s equivalent to a constitution — forbids individual council members to direct or command any employee of the city’s staff or administrative branch to do any specific task or activity.

The consequence of such a violation, the document reads, is “forfeiture of office,” meaning removal from the elected position. The council will sit as judges and jury in the proceedings and vote on whether to find the accused violator guilty. The council could vote to find no violation exists and thus acquit the accused.

Section 4.07 of the charter reads:

“A member of the Council may forfeit his/her office, if the member:

“(i) Lacks at any time during the term of office any qualification for the office prescribed in the Charter or by law;

“(II) Violates any express prohibition of the Charter.”

It is worth noting any ouster from office is not a criminal or civil judgment. Anyone removed from office for violating the charter retains his civil and political rights, and those include running again for the same office from which he or she was removed.

A reading from history

If the hearing goes forward July 1, Ardaman said, he will arrange for Drew Smith, a Maitland attorney with expertise in municipal law, to represent Hatch in the proceedings. Smith represented DeBary employees who felt threatened by the words of then-Mayor Clint Johnson in 2016.

The City Council voted 4-1 to remove Johnson as mayor for allegedly ordering then-City Manager Dan Parrott to cancel a special meeting of the council and also for suggesting a few city staffers should be terminated.

Johnson sued the city to be reinstated as mayor, but he lost in the Volusia County Circuit Court and in the 5th District Court of Appeal.

For his part, Bacon is not going quietly. He has written to Florida Attorney General Ashley Moody, asking for “protection from a City Manager that is ignoring the rule of law and my constitutional rights.”

Rosamonda, Bacon wrote in a letter to Moody, “is setting me up by attempting to ruin my reputation, not allowing me to defend myself and presumably recommend my removal because I am endangering the employees.”

Asked if he now has a lawyer for the upcoming drama, Bacon replied, “I’ve been working on it.”

“I’ll get justice, but I’ll probably have to pay for it,” he said.