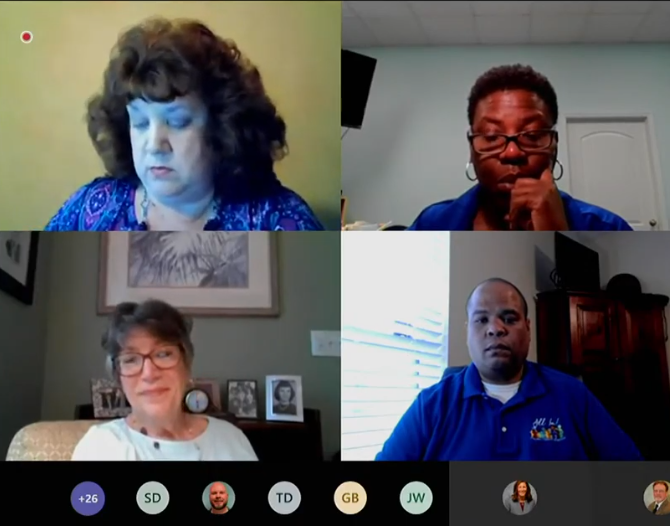 After Gov. Ron DeSantis announced June 11 that schools would fully reopen by August for the 2020-21 school year, Volusia County is preparing for a school year that will be like no other in the county’s history.

The county is preparing to mask up more than 63,000 students and roughly 7,300 employees for a return to brick-and-mortar learning in the fall.

As of now, a new hybrid of virtual and brick-and-mortar learning is off the table.

Virtual learning is still an option — and some 600 students have already signed up, four times the number of the year before — but a “blended” approach will not be possible, Superintendent Ronald “Scott” Fritz said.

“We could not afford that,” Fritz said.

Instead, the district is accumulating large quantities of masks in anticipation that schools will reopen, as announced June 11 by Florida Gov. Ron DeSantis June 11.

Students and teachers will be required to wear the masks and practice social distancing, although how the measures will be enforced, and whether the district is able to make such a mandate, are still up in the air.

While the plan is to reopen all schools by August — and staff are already in the buildings preparing — School Board members and the superintendent cautioned things might change.

“Moving forward, it is my recommendation that we go forward and continue to plan for a brick-and-mortar opening in the fall, understanding that as conditions change, we would have to potentially re-evaluate that,” Fritz told the School Board at a meeting June 23.

“There is a lot of work we have to do between now and then to make sure that it is successful,” he added.

Although a new hybrid of virtual and in-school learning through the year is off the table, parents who wish to begin the school year with their children in virtual learning and transition to in-school will be able to do so in most cases, the superintendent said.

One exception is students taking International Baccalaureate courses in high school. There is not a process for them to transition from virtual, Fritz said.

“The reality is that no amount of measures is going to make this foolproof,” Board Member Ruben Colón said. “There is no right or wrong answer; every family has to do what is best for their child, in my opinion.”

Even discussion from last week isn’t pertinent now because of the increased rate of infection, Colón added.

Among the new protocols: All students will have their temperature taken before the rehearsal, and the ceremony. Masks are “highly recommended,” and “handshaking and hugs should not occur.” Tickets are limited to two per graduate.

A problem that emerged last year with the company that cleans Volusia County’s public schools at a cost of $12.4 million a year has taken on new urgency during the pandemic.
In April, the School Board was set to review the contract with ABM — and was contemplating whether to end. The COVID-19 pandemic upended that plan, and the resulting school closures were supposed to be an opportunity for ABM to thoroughly clean the empty buildings.
“I am very disappointed,” School Board Member Jamie Haynes said of efforts to clean schools during the closure. “Our schools are still not at the cleanliness level that they need to be.”
Haynes continued, “When our students and staff walked out the door for spring break — which was in March, the middle of March — ABM has had wide open campuses, and quite frankly, they should be sparkling by now. I will not accept any excuses from ABM.”