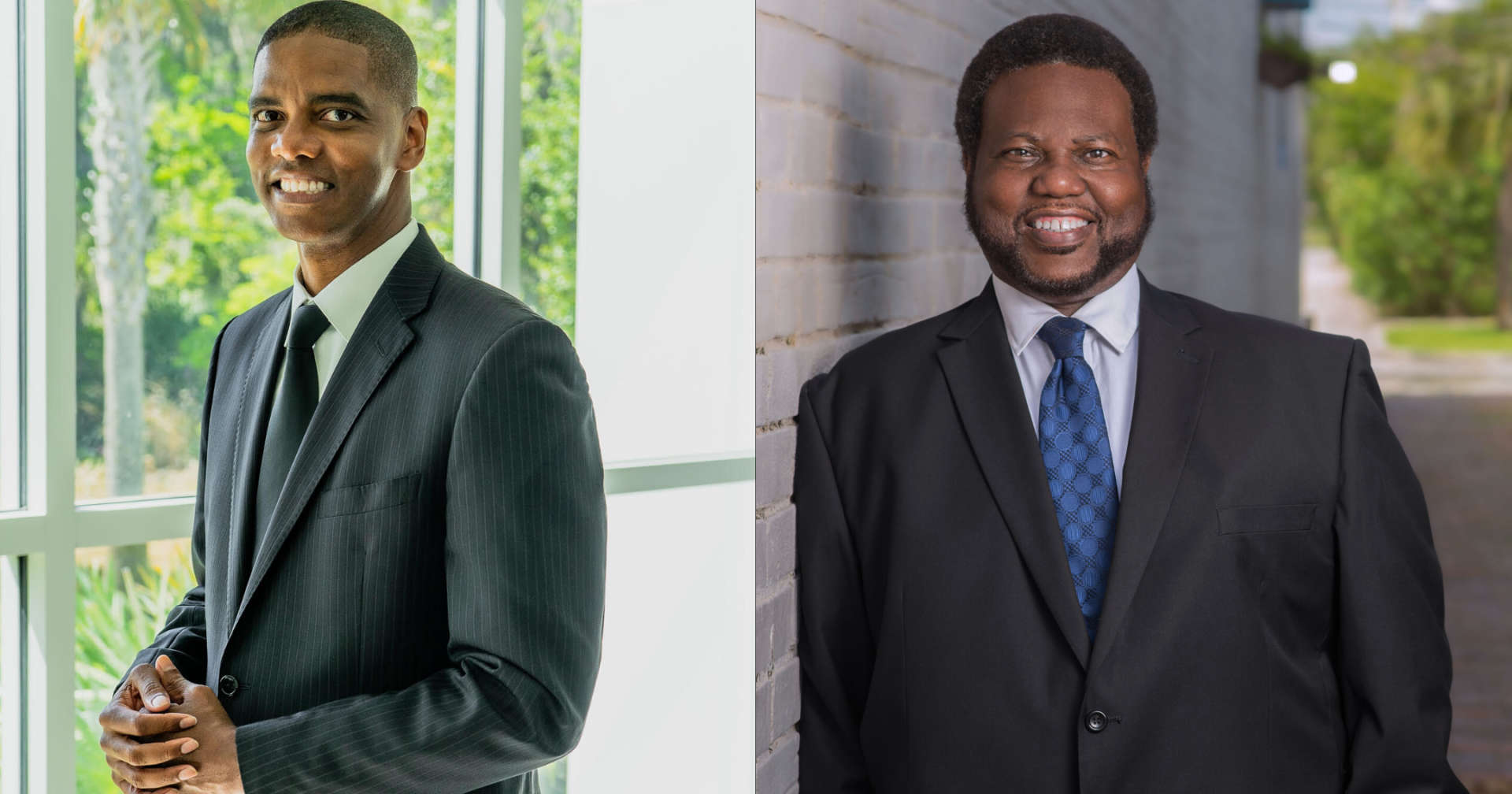 A pair of Daytona Beach-based Democrats are vying for the opportunity to take on one-term incumbent Elizabeth Fetterhoff, a Republican, in November’s general election.

The race will determine who represents District 26 in the Florida House of Representatives. District 26 stretches east-west across Volusia County, taking in Daytona Beach, DeLand, Orange City and part of Lake Helen.

Squaring off in the Tuesday, Aug. 18, primary are Patrick Henry, who lost the seat in a re-election bid two years ago after a single term as state representative, and fellow Democrat Evans Smith, who has never held elective office.

When asked why he’s running again, Henry — the older brother of Daytona Beach Mayor Derrick Henry — told The Beacon he has unfinished business to attend to.

“I feel the citizens of Volusia County need somebody to fight for them,” Henry said. “I lost by 54 votes in 2018. I want to get back to Tallahassee to finish the work I started.”

For his part, Smith said he also wants to expand Medicaid coverage under the Affordable Care Act. But he also wants additional state funding to address widespread opioid addiction and a lack of mental-health services.

“Health care is a human right,” Smith said in a prepared statement. “Everyone should have the security that comes with good health care, and no one should go broke because they are sick.”

Both candidates say they want to increase Florida’s minimum wage, although they differ slightly in how they would approach it.

Smith suggested Florida should follow the lead of seven states and the District of Columbia by raising the minimum wage to $15 an hour. Florida’s much lower minimum wage [currently $8.56 an hour] is no longer enough, Smith said.

“There are hundreds of thousands of Floridians earning the minimum wage that cannot afford to live in Florida,” he said. “That is wrong, and it must change!”

But Henry favors having what he calls a “livable” wage.

“We really need to start talking about a livable wage, but not necessarily $15 an hour,” he said. “We need to determine what is a livable wage in Florida.”

Henry, 58, has a bachelor’s degree in sociology from Bethune-Cookman University. His current occupation, he said, is running for office, but he worked for almost 30 years at The House Next Door in DeLand, and served six years on the Daytona Beach City Commission.

He claims two major accomplishments while on the City Commission: decriminalizing simple possession of marijuana within the city, and eliminating a question about criminal history on city job applications and moving that question to in-person interviews, instead.

Among his proudest accomplishments during his single term in Tallahassee, Henry said, was sponsoring a bill to remove a statue of Confederate Gen. Edmund Kirby Smith from the National Statuary Hall Collection in the U.S. Capitol and replace it with a statue of Mary McLeod Bethune, the founder of what is now Bethune-Cookman University. Bethune’s statue is to be installed next year.

Henry said he’s the better candidate because he has more experience than his opponent and can “hit the ground running.”

“I have a good relationship with the other side and with the Democratic leadership,” he said. “I don’t need any on-the-job training. There’s no learning curve. I have a proven track record.”

Smith, 48, has been the pastor of Morning Star Missionary Baptist Church in Daytona Beach for the past 14 years. While he has never been elected to any office, he is a member of Rotary, serves as a community coordinator with the NAACP and is on its executive board, and works with the Black Clergy Alliance.

Before becoming a pastor, Smith was a senior juvenile officer at the Volusia Regional Juvenile Detention Center.

He also attended what was then Bethune-Cookman College, majoring in religion and philosophy.

“Representing Midtown in District 26 is my life’s work,” Smith said in his statement. “I have been on the front lines for years, working diligently with community partners to bring resources into our communities. I want to continue that work from Tallahassee. I have the passion, desire, and skills necessary to build a solid bridge between state resources and our local communities.”

And every election matters, he said.

“Every election is extremely important. Each election [in] which we choose our representatives, we are building our democracy and shaping our children’s future.”