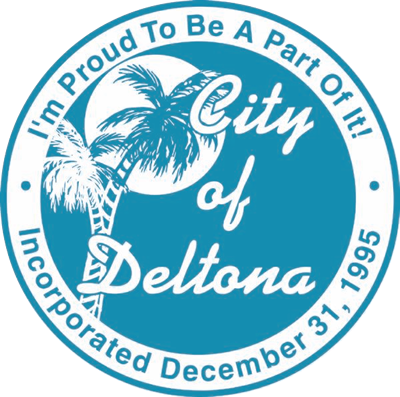 Unlike DeLand and Orange City, Deltona seeks to coax, rather than compel, people to wear masks in indoor spaces to combat the spread of the coronavirus.

The Deltona City Commission July 7 adopted a resolution that urges residents, workers and visitors to use masks when they enter retail businesses, offices and other inside settings, but it does not penalize them if they choose not to do so.

“This resolution emphasizes the importance of wearing face masks in indoor locations and outdoors where social distancing is not possible,” City Attorney Marsha Segal-George told the commission and the audience, as she presented her measure to deal with the pandemic. “It has no penalties, no fines. No one will be stopped. … All it is, is an encouragement.”

Before the members of the City Commission discussed the mask issue among themselves, the audience was given the opportunity to speak.

“You should wear a mask. Keep it clean,” Richard Bellach told the commission.

Warnings about possible lawsuits over mandates on masking prompted Yorelia Navas to caution the commission about Deltona’s finances.

At the table of the city’s leaders, Commissioner Maritza Avila-Vazquez voiced support for masks as a way of reducing the spread of COVID-19. Noting her family has ties to the U.S. armed forces, she said the Department of Defense has temporarily banned military personnel from traveling to Florida, California and Michigan during the surge in new cases of coronavirus.

“We have elderly people here,” Avila-Vazquez added. “It’s not a joke, people. This is serious.”

“What’s important is that we try to educate each other and the community,” Commissioner Chris Nabicht said. “The numbers of new cases continue to go up. … I think this is an attempt to educate the public. We want to keep businesses open.”

Mayor Heidi Herzberg said she had called the special meeting of the City Commission because members “had to have a discussion” about the mask mandate, as neighboring localities consider how to respond to the recent resurgence of the deadly illness.

“This is a waste of time,” he said. “We’re out telling people that they ‘shall’ do it. … What we’re doing here tonight is foolishness. … It doesn’t mean anything.”

King moved to deny passage of the resolution, but none of his colleagues would second it, and thus his motion died.

Nabicht’s motion to adopt the measure was approved on a 4-1 vote, with King dissenting. At its full complement, the Deltona City Commission has seven members, but only five were on hand July 7. Commissioner Anita Bradford was absent, and the vacancy created by the resignation of District 4 Commissioner Robert McFall last month has not yet been filled.

Asked later why she had not requested an ordinance requiring masks — instead of a resolution — to be worn by people inside stores and public buildings, Herzberg replied, “I didn’t think there was support for a mandate.”

The mayor would not rule out taking stronger action later.

“We can always come back with an emergency ordinance,” Herzberg concluded.

After more than an hour of listening to members of the public and themselves, the Deltona City Commission on July 7 passed a resolution urging — but not requiring — people to wear masks in indoor spaces such as stores and workplaces, where separating from others may be difficult.

Deltona’s non-binding resolution was adopted on a 4-1 vote. The City Commission’s action, taken in response to a surge in positive cases of coronavirus, provides no penalties for not wearing a mask, in contrast to the emergency ordinances now in effect in DeLand and Orange City, as well as an executive order in effect in Seminole County.

In DeLand and Orange City, failure to wear a mask may result in a $25 fine for the first offense, $50 for the second offense, and $100 for the third offense.