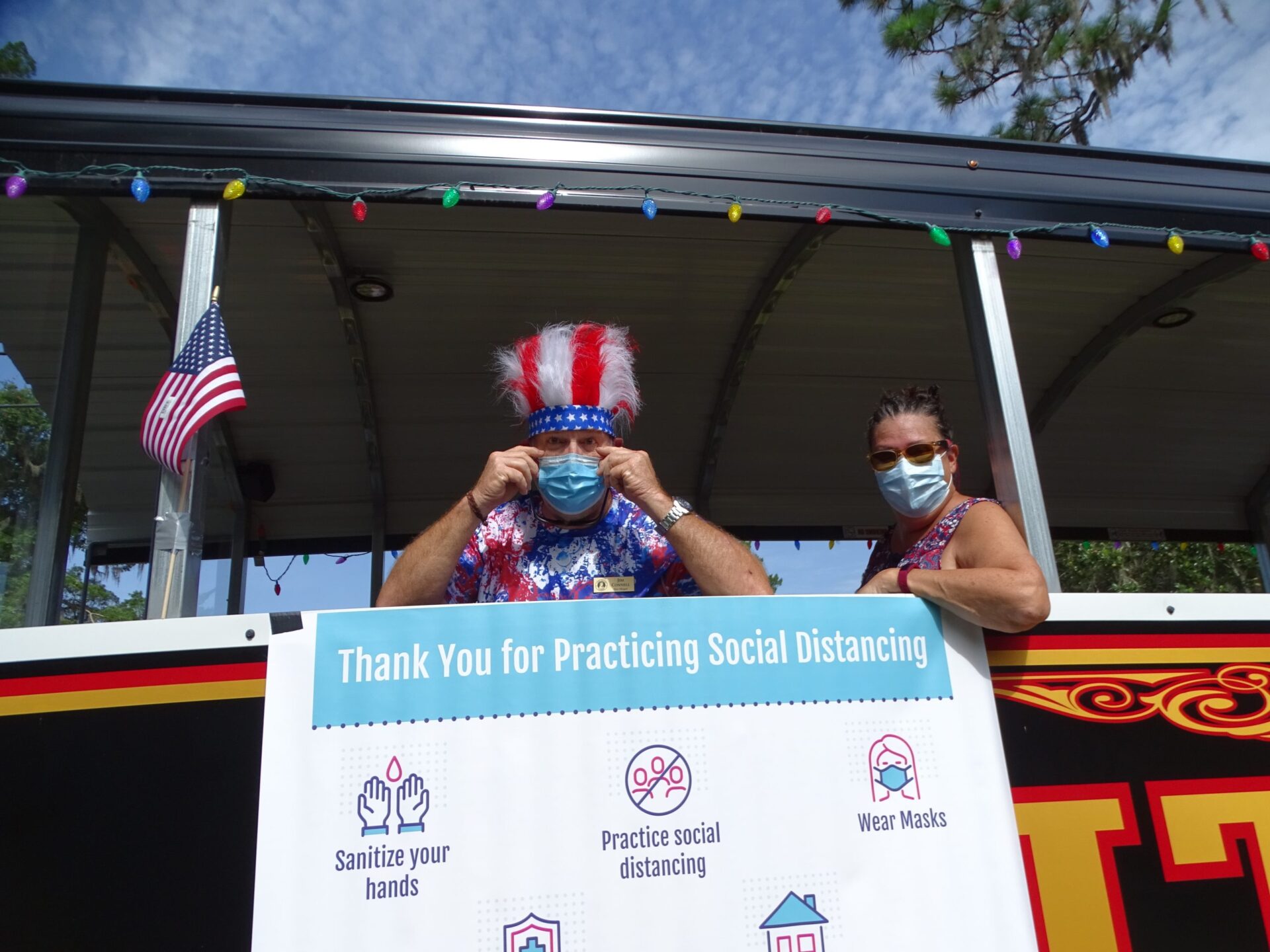 Lake Helen has passed a resolution recommending its citizens follow CDC guidelines on social-distancing and the use of face masks.

The request for countywide action sets Lake Helen apart from other West Volusia cities that have recently debated their own mask rules, sometimes requiring masks (DeLand and Orange City) and sometimes only encouraging mask-wearing (Deltona). (DeBary will consider a mask ordinance Wednesday, July 15.)

“We here at the city of Lake Helen, we’re at the bottom rung of the federal, state, county and then us,” Commissioner Vernon Burton said. “And as we look at the national leadership, it’s abysmal. It’s embarrassing.”

The lack of action from higher governmental bodies has forced Lake Helen — like other cities in West Volusia — to independently confront the problem of spiking cases and decisions about when to open businesses.

Lake Helen considered a mask ordinance (with fines) for inside of businesses, but quickly ran into the twin problems of enforcement and legal authority.

“We’re basically saying we’re making a law that we have no intention of enforcing,” City Attorney Scott Simpson said at a July 9 City Commission meeting.

Not only could that open up the city to liability, Simpson said, it wasn’t clear if the city even has the legal right to make such a mandate.

The problem is exacerbated by the politicization of face masks, Simpson argued.

“It’s almost like the government needs to step up and say, ‘Look, we’re going to mandate it, just to stop y’all from fighting.’ Wear it, you know, be done with it,” Simpson said. “But then the question is: What level of government should do that? I’m pretty certain that shouldn’t be the cities.”

More than one jurisdiction that has adopted mask requirements is being sued, the city attorney warned. Palm Beach, Hillsborough, Orange, Miami-Dade, Leon and Seminole counties have all had suits filed against them after passing mask mandates, news articles report.

Unlike Lake Helen, Simpson said, Volusia County has an emergency-management plan, which under state law theoretically gives the county the ability to mandate masks in some situations, like inside of businesses.

“It does take some governmental leadership; we are trying to lead where we can,” Vice Mayor Jim Connell said. “And I also really like the idea of resolving that the county needs to step up and stop this patchwork approach.”

“My place where I get hung up is the word mandate,” Mayor Daisy Raisler said.

Even at the county level, how anyone would enforce a mask mandate, or even if they should, is unclear, Raisler said, adding that without enforcement, the message is toothless.

The vote was 4-1 in favor of the resolution, with the added stipulation it be sent to the Volusia County Council once signed. Raisler cast the sole “no” vote.