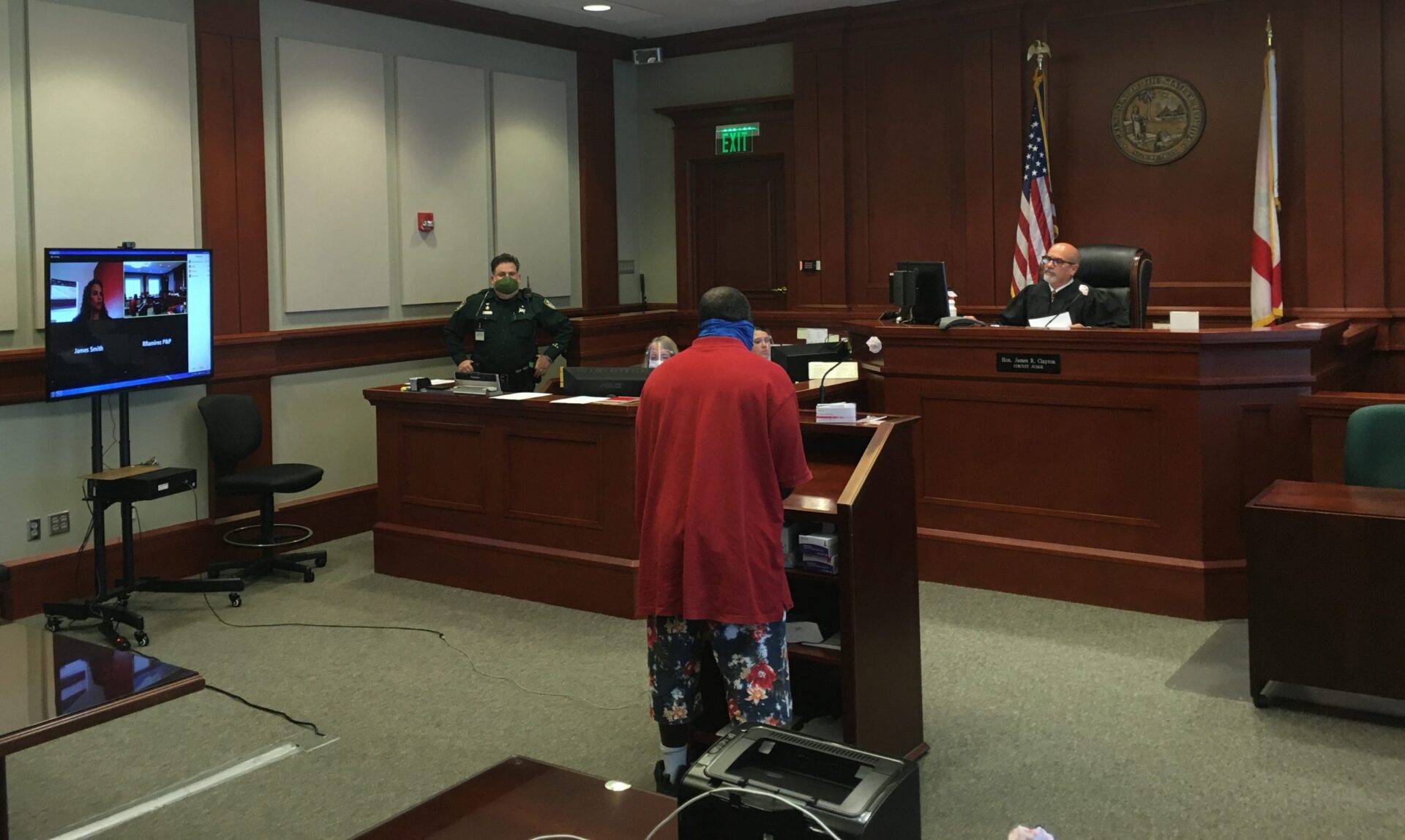 The coronavirus pandemic is having ripple effects practically everywhere, and the judicial system is no exception.

Because of the possibility of contagion, Florida Supreme Court Chief Justice Charles Canady on March 13 ordered the suspension of jury trials in the state’s courts. The order was supposed to end in mid-April, but Canady has amended and extended it repeatedly, as the illness spreads. This poses a legal quandary.

“A defendant’s right to a fair and speedy trial collides head-on with the state rules in place because of the pandemic,” Volusia County Circuit Judge James Clayton told The Beacon.

Jury trials were once again supposed to resume in the 7th Circuit — which includes Volusia County — on Aug. 3, but once again the suspension has been extended.

Clayton said jury trials were set to begin July 20, but that date came and passed without such proceedings. At this writing, the next tentative date for restarting criminal trials has not yet been announced.

The Clerk of the Court’s Office is not summoning prospective jurors.

While the pandemic continues, other judicial work goes on. Family-law cases, including divorces and child-custody matters, are moving forward, as are probate, injunctions, and other civil suits not requiring juries.

Some proceedings are being handled with new technology, such as Zoom, for proceedings that include motion hearings, arraignments and misdemeanor cases.

Foreclosures and evictions for nonpayment of rent are on hold, under orders from Gov. Ron DeSantis to relieve the financial distress of many families and individuals.

The suspension of criminal trials is creating a backlog of cases that may take months, if not years, to resolve, as uncertainty over the duration of the public-health crisis continues.

“There is no practical way to anticipate how long it will take for the backlog to be cleared up,” Clayton said.

Under state law, a “speedy” trial may begin as long as 175 days after a person’s arrest on a felony charge. For misdemeanors, a speedy trial may occur within 90 days.

The pandemic has slowed the clock, and Clayton said those accused do not object.

“Most defendants waive that time period to allow their attorneys time to prepare,” he said.

If a backlog large enough to crush justice should develop, Clayton said state law provides a remedy. Retired judges could be recalled for temporary duty, and county judges could temporarily become circuit judges.

The county judges are cross-certified to help in such circumstances. The likelihood may be remote, Clayton said, because Volusia County has six circuit judges capable of trying felonies, if the need arises.

Clayton is prepared to try criminal cases once again whenever the state’s high court gives the go-ahead. He and other workers in the Volusia County Courthouse in DeLand have marked off spaces in his courtroom to separate those who would be involved. Extra safeguards against transmission of the virus are also in effect.

Those precautionary measures include marking where attorneys, defendants, jurors, clerks, bailiffs, witnesses and spectators may be, along with requirements that masks or face shields be worn. Judge Clayton said the mask mandate applies to him, as well.

He has ordered lawyers to restrict their movement during trial.

“Counsel examining a witness shall not leave the podium and approach a witness without seeking the Court’s permission,” reads one of the 17 precautionary statements Clayton has issued in preparation for the restart of trials.

“Sidebar conferences are strongly discouraged. The Court will rule on evidentiary objections based on the legal basis stated for the objection, and the response of the proponent of the evidence, if requested by the Court,” is another rule now in place.

Clayton said making certain the justice system works even during a national emergency is not a single-handed effort. He credits others.

“It was a cooperative effort, involving the judges, the Clerk of the Court’s Office, the State Attorney, the Public Defender, the Sheriff’s Office, Court Administration, and others,” he said.

“The most fundamental right in the United States and the Florida constitutions is the right of an accused to a jury trial. Now this has been jeopardized,” Clayton said. “We need to make sure we comply with the CDC [Centers for Disease Control] rules and regulations, while at the same time providing a defendant with a fair trial.”