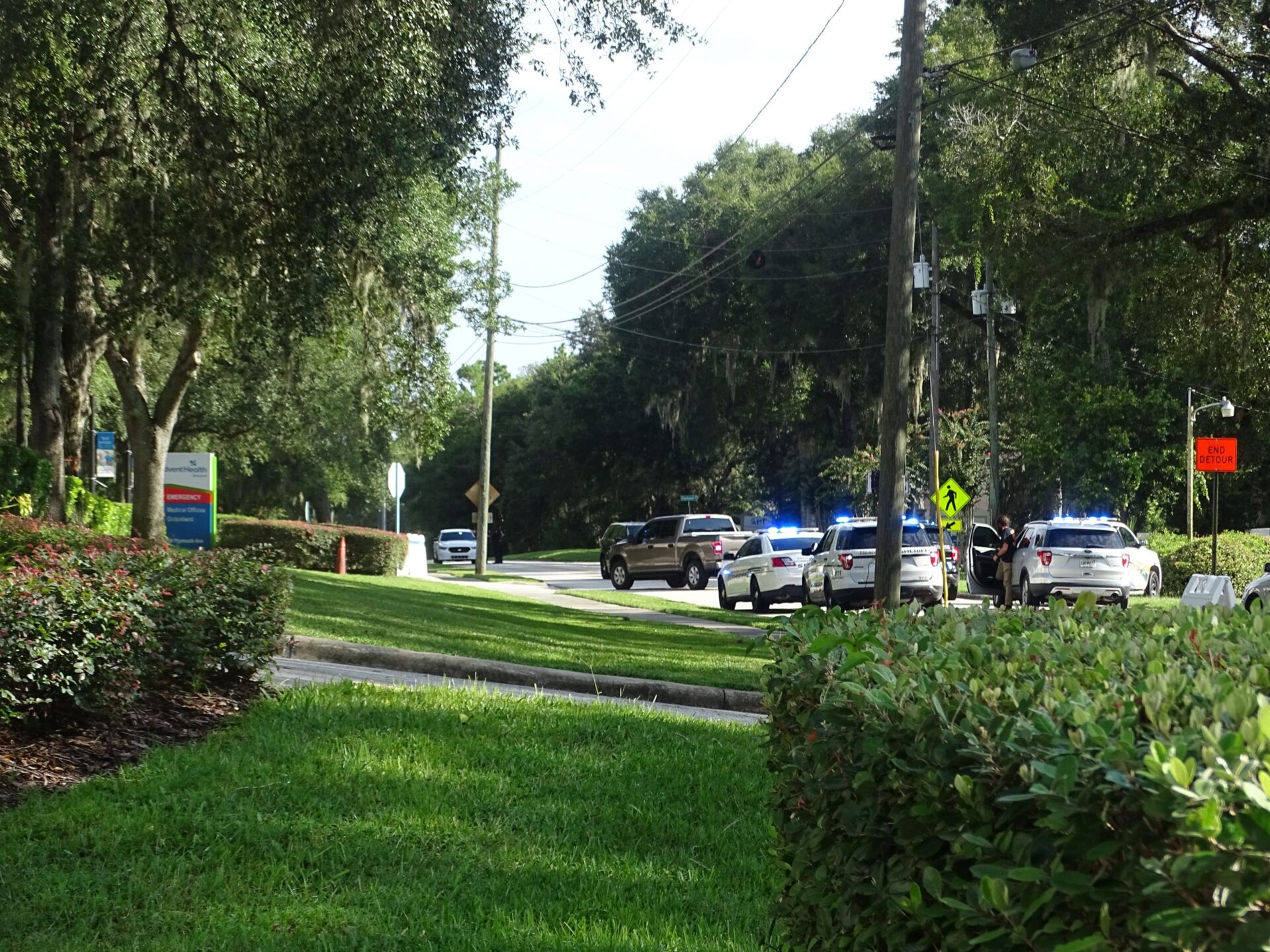 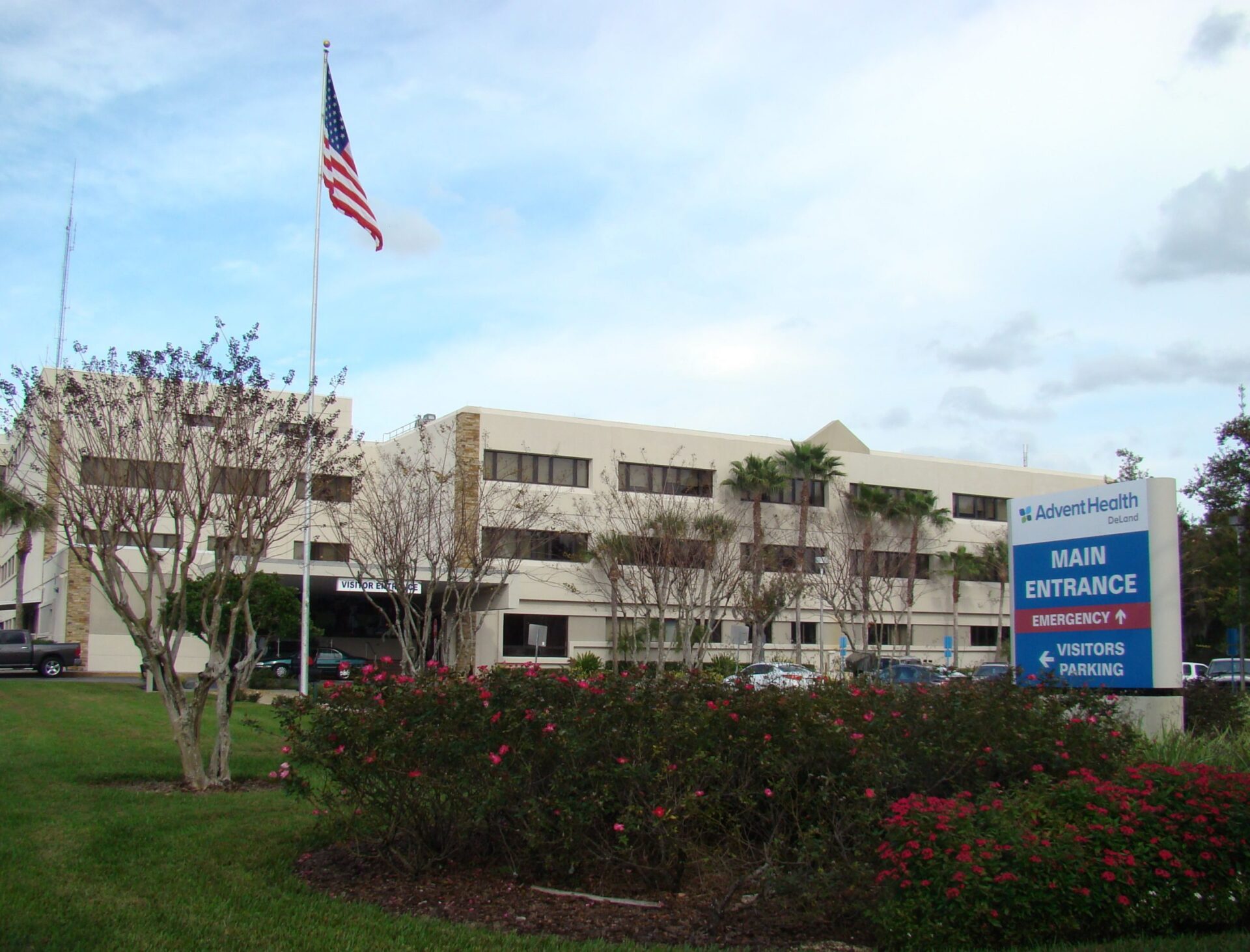 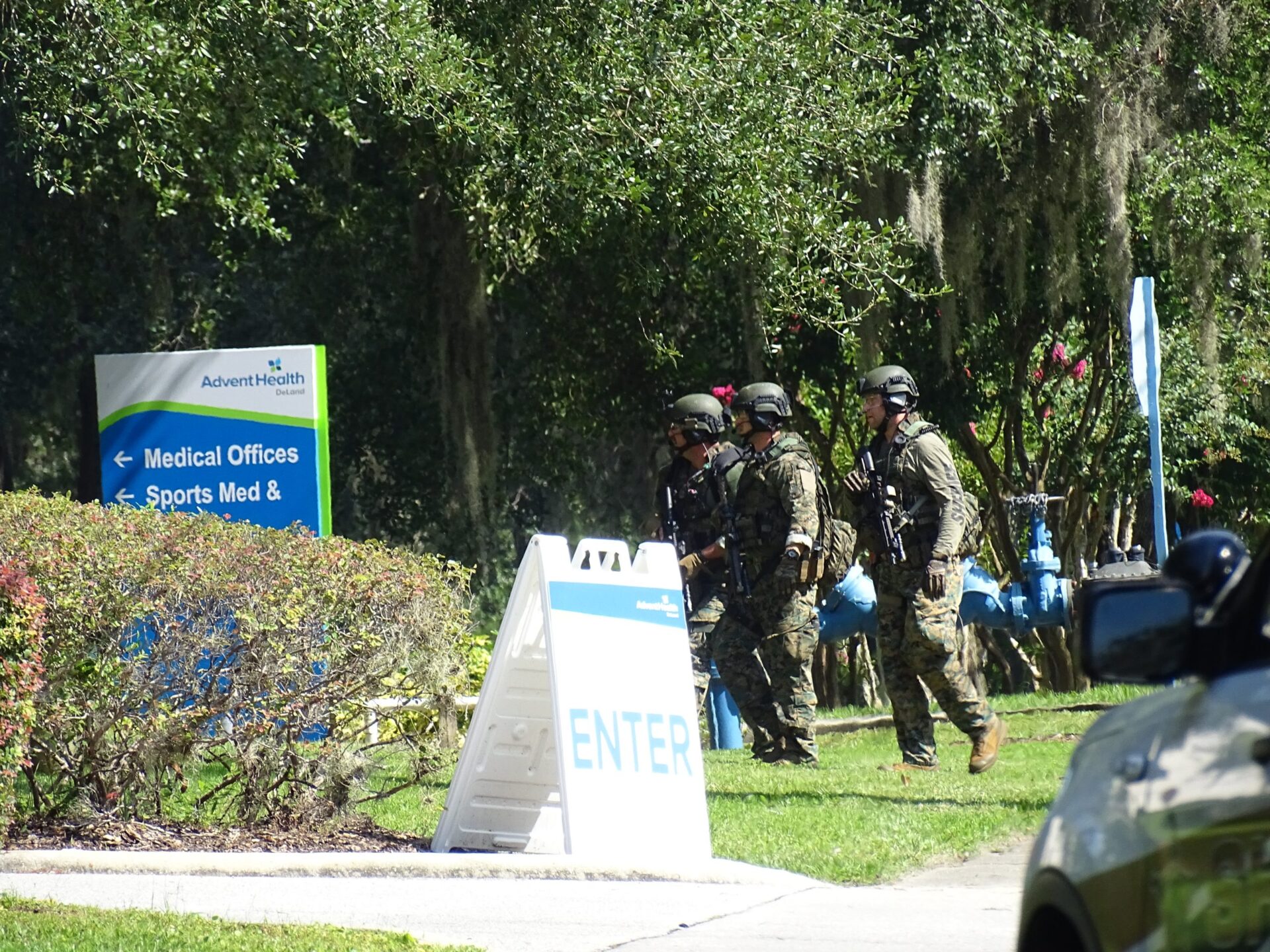 A former DeLand police officer is receiving mental-health treatment at a DeLand hospital after a four-hour standoff with DeLand police and Volusia County Sheriff’s deputies on Tuesday morning.

Melton called a relative early Tuesday morning to say goodbye and tell him he was going to take his own life, according to DeLand Police Chief Jason Umberger. Melton proceeded to load his car with at least five firearms and drive around DeLand, pursued by officers tipped off by a 911 call Melton’s relative made.

Melton’s vehicle, a dark red Dodge Ram pickup, was later spotted near DeLand City Hall, where Community Information Specialist Chris Graham said they were receiving reports that he was possibly inside the building.

“We were getting conflicted reports that he may have been inside the building,” said Graham. “Thankfully, he never came in, but out of precaution, we told everyone to stay away from City Hall.”

False reports about the incident were rampant all morning, including reports that Melton had shot himself before driving across DeLand and that he had explosives in his car — both things that were ultimately determined not to be true.

One Downtown employee, who preferred to remain anonymous, said he saw the suspect’s car and a number of police cruisers in pursuit on his way to work. He said he saw upward of 18 police cars, some marked and some unmarked, pursue the suspect.

“It was definitely a shock for me,” he said. “We live in a little town. I’m from Los Angeles, so if I was back home, that would have been nothing. However, being in DeLand, you wouldn’t think we’d have something of that size go down.”

Melton was eventually surrounded by officers and deputies near the ambulance bay of the AdventHealth DeLand hospital. Sheriff Michael Chitwood said officers attempted to stop him several times prior, but that Melton and law enforcement eventually ended up at the hospital.

The hospital was put on lockdown, and appointments were canceled for the day.

After a tense standoff, Melton began to speak to several of the officers, including Deputy Adam Clausen, with whom he served on the police force, Sgt. Jeff Wingard, and eventually Sheriff Chitwood.

According to Chitwood, Melton told them he had no intention of harming any officers. However, if the officers prevented him from killing himself, he intended to cause enough trouble for the officers to kill him.

“We knew he was heavily armed,” Chitwood said in a press conference that afternoon. “The decision I made was to play this out as long as I could. The longer you talk, the longer the odds are in your favor.”

Chitwood said that Melton, who had served in the Iraq War and suffered from PTSD, told them that he was “tired of being tired.”

After lengthy negotiations with the officers, Melton discarded several of his firearms, throwing them out of the window of his truck. Once officers were close enough to open the door, they seized his handgun and removed him from his vehicle, firing several beanbag rounds in the process.

“As negotiations went on, he established a rapport with Adam Clausen — Deputy Clausen — they were in the service together — and [Sergeant] Jeff Wingard, and eventually myself,” Clausen added. “He tossed out of the window about four firearms, and he kept one on him, and eventually, we were able to get him to open the door. When we opened the door, we were able to seize the firearm and seize him.”

Melton was promptly taken to the hospital to be treated for the wounds, and to receive mental-health care as part of the Florida Mental Health Act, commonly called the Baker Act.

Melton has had previous issues with his PTSD, and Chitwood said he hopes this time he gets the care that he needs.

After hearing the suspect was a veteran, the employee from Downtown DeLand, a veteran of the Iraq War himself, said he could understand better what Melton was going through.

“There are times and days when we feel that the world doesn’t understand us, and we only understand each other,” he said.

He added that he understood how hard it was not having anyone to talk to, and that the mental-health care for veterans in Florida “is horrible and underfunded.”

A month later, Melton was alleged to have pulled a gun on his girlfriend and another woman inside a Starbucks.

Chitwood said that after the first incident, Clausen began checking in with Melton every so often to see how he was doing. While not initially present, Chitwood said one of his lieutenants knew that Clausen had a prior relationship with Melton.

“He was teaching at the academy today, and we were able to get him out,” he said. “With Deputy Clausen, we could see that there was some movement.”

Melton confided in Clausen that he wanted to sign documents that would change his beneficiary, which the deputies allowed him to do, aiding the negotiation process.

At the afternoon press conference, Umberger said the Sheriff’s Department would file a risk-protection order to confiscate any remaining guns that Melton had at his home.

Ultimately, Chitwood said he was glad they were able to prevent any violence, and that Melton would receive “the best attention” at the hospital.

Still, he said he came away with mixed feelings.

“It makes you feel good, in a way. It makes you feel horrible, in a way. It makes me feel horrible that somebody gave 21 years of their life to defend this country, and yet, we can’t give these folks the proper treatment when they come home,” Chitwood said. “It’s like they’re discarded. And then we’re left to deal with it, with the residual effects of it. It makes me feel good that it ended with nobody getting hurt.”

The updates below were posted as the event unfolded.

A suicidal former DeLand police officer is receiving treatment at a DeLand hospital after a four-hour standoff with DeLand police and Volusia County Sheriff’s deputies.

The standoff ended peacefully at around 12:30 p.m. today, after causing lockdowns at DeLand City Hall, the Stetson University campus and businesses in Downtown DeLand.

It all started with a 911 call from a relative of the man who lives in Maryland. The relative said former officer Theodore Melton had been in contact to say goodbye, and that he was planning to take his own life, DeLand Police Chief Jason Umberger said at a press conference this afternoon.

By the time officers were dispatched to Melton’s home in DeLand, he had already left.

“We started pinging his phone,” Umberger said. “Deputy sheriffs were able to pick him up and start following him, and then it was a lengthy kind of follow. They attempted stop sticks, and we ended up here at the hospital.”

At one point, Melton told deputies he had shot himself, which turned out not to be true.

His dark red Dodge Ram pickup ended up near the ambulance bay at the AdventHealth DeLand hospital, where Volusia County Sheriff Mike Chitwood and a deputy who had served in the military with Melton tried to reason with him.

“He had at least five firearms on him, including one high-powered rifle,” Chitwood said.

“As negotiations went on, he established a rapport with Adam Clausen — Deputy Clausen — they were in the service together — and [Sergeant] Jeff Wingard, and eventually myself,” he added. “He tossed out of the window about four firearms, and he kept one on him, and eventually, we were able to get him to open the door. When we opened the door, we were able to seize the firearm and seize him.”

“Through the joint efforts of the DeLand Police Department and the Volusia County Sheriff’s Office, we were able to end this incident without a shot being fired,” Chitwood said. “Nobody’s hurt, and everybody’s going home safe. That’s the most important thing that came out of this.”

Chitwood said he, Clausen and Wingard took their time during the negotiations, and even went along with Melton getting his affairs in order, allowing him to change his beneficiary on something.

The sheriff said that while he was grateful the incident was peacefully resolved, the incident itself raises mixed feelings.

“It makes you feel good, in a way. it makes you feel horrible, in a way. it makes me feel horrible that somebody gave 21 years of their life to defend this country, and yet, we can’t give these folks the proper treatment when they come home,” Chitwood said. “It’s like they’re discarded. And then we’re left to deal with it, with the residual effects of it. It makes me feel good that it ended with nobody getting hurt.”

Melton was involved in a 2017 incident where he barricaded himself inside his home and shot himself in the abdomen, before eventually surrendering to law enforcement.

About a month later, he was alleged to have pulled a gun on his girlfriend and another person inside a DeLand Starbucks.

UPDATED 10:15 a.m.: The Volusia County Sheriff’s Office SWAT team is on scene at AdventHealth DeLand, and negotiators are trying to reason with the man and get him to surrender. The man is apparently in the hospital’s ambulance bay near the emergency room entrance.

Police have a man surrounded at the DeLand hospital this morning, after he came to DeLand City Hall for a short time and threatened to harm himself and others.

At 8:37 a.m., DeLand city officials urged residents to stay away from DeLand City Hall after the man, who had apparently shot himself, went there.

DeLand city spokesman Chris Graham said the man came to City Hall for a short time and then left.

“Preliminarily, there was a guy who apparently shot himself somewhere in the county, and [he] has been driving around making threatening claims against people, basically threatening himself and others if they try to stop him,” Graham said.

Stetson University also issued a Hatter Alert to students and faculty on campus, urging them to shelter in place, and Downtown DeLand businesses were warned to lock up.

As of 9:15 a.m. Tuesday, Graham said the man was in the parking lot at AdventHealth DeLand on West Plymouth Avenue, and that police had a perimeter set up around his location.

The hospital was said to be on lockdown, and people were being turned away Tuesday morning.

This story is developing. Check back for updates.