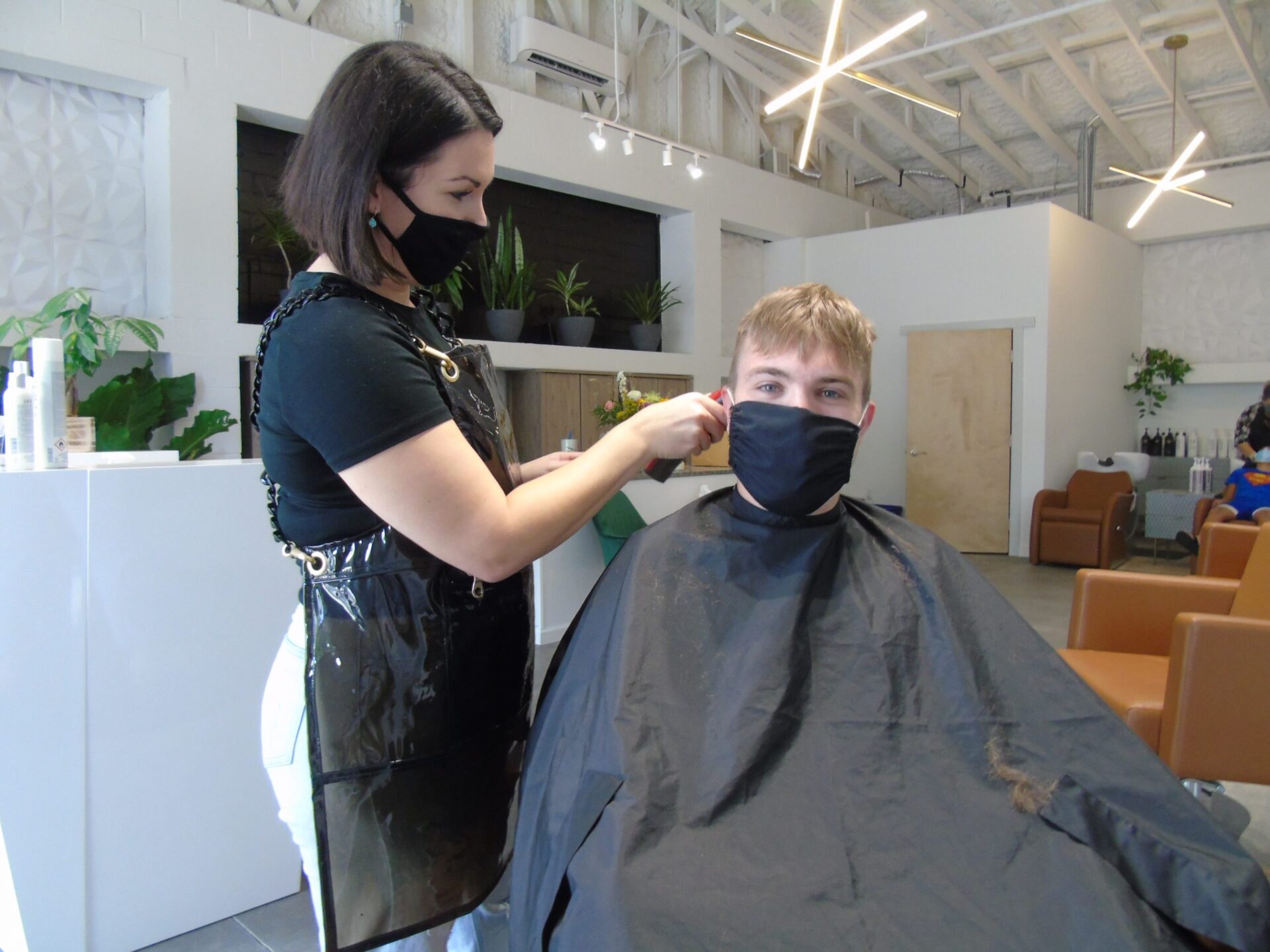 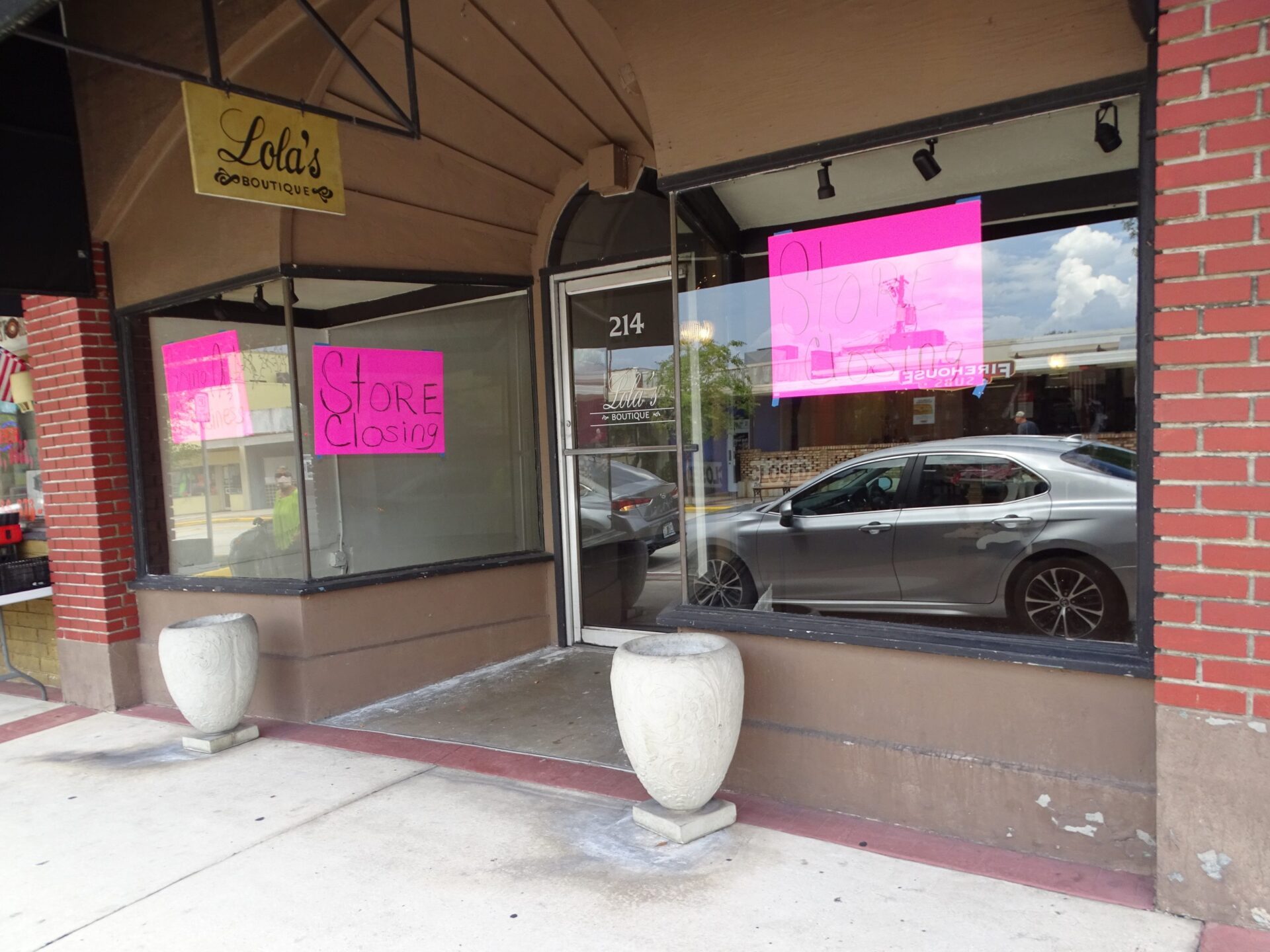 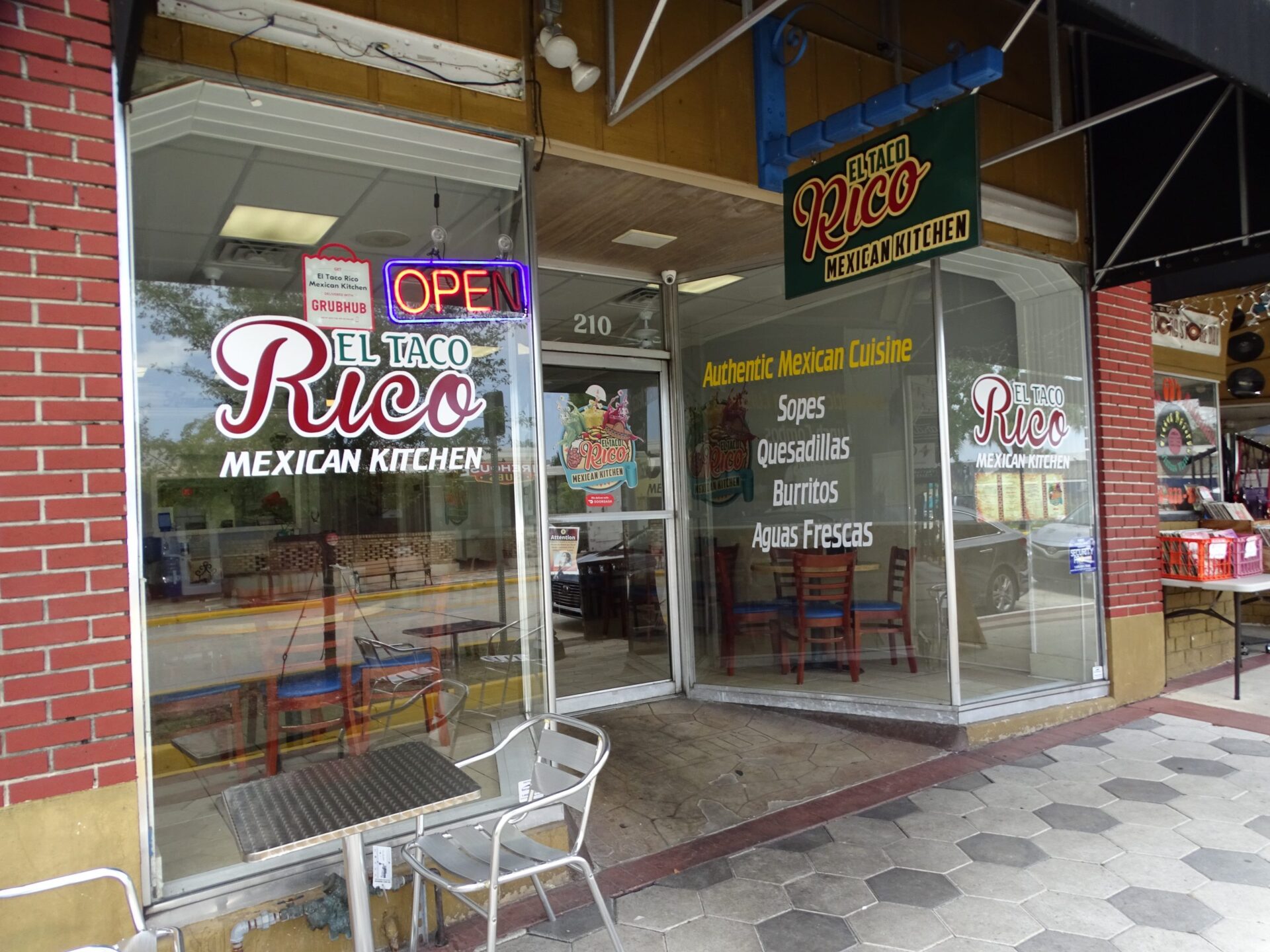 The coronavirus pandemic has cost Downtown DeLand a handful of businesses.

She closed her store at 118 N. Woodland Blvd. in July, after a worker in the shop tested positive for the virus.

Her worker’s illness was the last straw, Becker said, for a store already reeling from decreased foot traffic and constantly changing rules for business operation.

But even in this time of economic uncertainty, when one door closes, another opens. With the departure of Becker’s, The Anointed Olive will move from farther north on Woodland Boulevard to expand in Becker’s old location.

The Anointed Olive owner Wendy LaRocca learned of the opportunity when she went shopping for shoes, and she jumped on it.

“It worked out well, and all because I needed shoes!” LaRocca said.

During the pandemic, she said, business has been slow but steady, and her online sales have been good. She hopes the bigger, more-central location will provide her shop with more foot traffic.

Some brave entrepreneurs have even opened new businesses in the midst of the pandemic — though not necessarily on purpose.

Georgia Avenue Hair Co. opened in a new building at the corner of West Georgia and South Florida avenues on May 11, the first day Florida Gov. Ron DeSantis allowed salons and barbershops to reopen.

Owner and stylist Amy Seymour Keuten said starting up in the middle of a pandemic was never really the plan.

“The contractor took a lot longer than expected, so I was expecting to be here in November,” she said.

Keuten was a stylist at The A List Salon at 106B S. Woodland Blvd., which closed its doors in April, when salons and other businesses were shut down by the governor. Keuten said she used the six-week shutdown to open a new salon and get it ready.

Despite the need for operational changes, like employees and clients wearing masks during appointments, and limiting the number of people in the building, Keuten is booked through the next three weeks.

“Going from zero to 100 has been exhausting, but I can’t complain because I have a job and people have money still to pay me,” Keuten said. “Everybody wants a haircut. They went almost six weeks without an appointment, and they were all freaking out. If they went any longer, I think they would be chopping their own hair off.”

Another new business that didn’t plan to open in a pandemic is El Taco Rico Mexican Kitchen at 210 N. Woodland Blvd.

Maria Denova, the owner, said when she signed the lease in January, she had no idea what she was in for.

“I know it could have been a lot better,” she said. “People are still afraid to go out, but thankfully, it’s been good enough to pay employees, so far.”

Opening a restaurant is never easy, but Denova said adjusting to wearing masks in the kitchen and serving mostly takeout meals have been unexpected challenges.

Denova said there are good days and bad days, but she said she is thankful to be a part of the community.

Not all the new businesses could survive the roller-coaster ride. Pam’s Shabby Village, a vintage and antique store at 101 W. Rich Ave., opened in March and closed in April.

MainStreet DeLand Association Executive Director Wayne Carter said there are good days and bad days, but businesses are managing the best they can.

“Many of them are learning to market their business differently, and find ways to reach their customers,” he said. “As we work through this, they will be better.”

With fewer guests walking through Downtown DeLand, doing business online has been integral for some. Take Sidecar Bar and Market for example, whose owner, Jessie Ritz, hasn’t had the choice to reopen her doors.

“I have an immune deficiency, so I can’t be at the store at all,” Ritz said.

Sidecar has shifted to an appointment-and-delivery model, and Ritz said more people have begun to purchase products after seeing them on her Instagram.

She said being unable to let people inside the prominent bar and retail shop at the corner of New York Avenue and Woodland Boulevard has taken a toll, but she and husband Derek Ridgway are managing.

“I would not say that it’s bounced back, but that more people are adapting to it,” Ritz said. “We’re not getting more business, but more people are willing to make appointments to look around. Originally, I think people were just waiting it out, thinking this would just be a month and then we would go back to life as normal.”

While things definitely aren’t normal, yet, Carter said the lack of vacant storefronts in the Downtown district is a good sign.

“There’s only three or four spaces that are currently vacant,” he said. “That’s encouraging.”

Carter said the City of DeLand is doing its best to help, by designating curbside pickup spots and closing streets so restaurants can expand their seating outside, for example.

“From my point of view, the city has really responded to do what they can to help businesses,” he said. “I think DeLand still provides that opportunity for people if they work hard at it.”

At its Aug. 17 meeting, the DeLand City Commission approved a measure that will, on Friday and Saturday nights, allow for the expansion of table space into the street on West Georgia and East Indiana avenues.

The commission also changed the rules so restaurants and bars can serve alcohol to patrons for consumption on the sidewalks throughout Downtown DeLand.

Among business owners who suggested the changes were Bill Budzinski, owner of The Elusive Grape, and Melisa Reed, owner of The Table.

Reed’s business has gone through one of Downtown DeLand’s most dramatic COVID-related transformations. She moved her restaurant downstairs, replacing what was an event space, and changed the ground floor to a retail shop and coffee bar.

Figuring out what will work in the midst of such a dramatic slowdown has been a struggle, Reed said.

“It’s been pretty terrible. For us, every time we think we have it figured out, we realize it’s just going to change again,” she said. “In terms of overall business, we’re definitely down from last year. We’re mostly a dine-in business, so things like takeout and delivery were never really part of our business model. People are still ordering takeout, which is good, but there’s more cost associated with it. We’re hanging in there, but it’s definitely been tough.”

The Elusive Grape’s Budzinski said the city’s recent rule changes are a good first step, but he predicted the new business model likely won’t take off until the weather cools down.

“I don’t anticipate a lot of people spending time outside right now. It’s 120 degrees out and raining every day,” he said. “Since we aren’t going to have any events Downtown, we need to see how we can get people outside responsibly.”

Budzinski and Reed agreed the street seating and relaxation of alcohol-consumption rules will continue to draw more patrons out in a safer manner, but Budzinski said more may be needed to replace events, like the Fall Festival of the Arts and the parades, for example, that won’t be happening anytime soon.

“What I didn’t do a good enough job of explaining [to the City Commission] is this isn’t about alcohol. I wanted it to be every day — they can come down on Sunday, on Tuesday night,” Budzinski said. “But we’ll take what they’re offering and hopefully we can go back and revisit it.”

Reed said the overall goal is to get more people to shop local.

“In the beginning of this, there was this really big movement where everybody wanted to support local business,” Reed said. “Not everyone can, because everyone’s been impacted by this, but if you’re debating to order from someplace that is not locally owned, we ask that you please give Downtown a shot.”