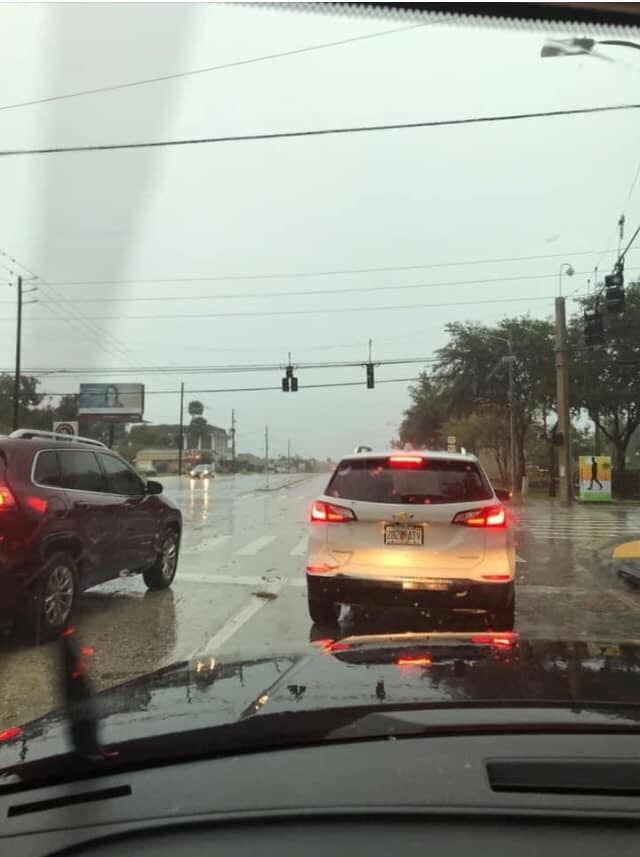 No storm was going to keep Pastor Pete from casting his ballot in the Aug. 18 primary.

Peter Migner, pastor of the DeLand Church of the Nazarene, had dropped off a friend on the west side of DeLand, and was headed back across town to vote at DeLand High School on the east side.

He had no intention of capturing a portrait of the funnel cloud of a 550-yard-wide tornado.

Heading up State Road 15-A (the truck route), Migner soon realized something was wrong. Traffic was congested. Roads were closed. At one point as he zig-zagged his way across DeLand, two lanes of traffic headed in his direction on a two-lane road.

“It was crazy,” Migner said.

Everywhere he turned, downed trees and debris blocked his path.

Every time he had to stop and wait and plan a new direction of travel, Migner snapped a few photos with his cellphone.

When he finally reached the corner of Woodland Boulevard and Plymouth Avenue, traffic was stopped in all directions. He could see flashing lights and other signs of trouble on the Boulevard to the north.

Unbeknownst to him at the time, the super-storm was set to cross North Woodland just a few blocks north as it blew a 4.6-mile path of destruction across the north side of DeLand.

Migner pulled out his cellphone and took a few more photos.

He didn’t look at the images until he finally reached the polling place at the high school. That’s when he realized he’d shot a picture of the funnel cloud.

“I didn’t even see that crazy thing,” Migner said.

Migner was able to cast his ballot, and today is celebrating the grace of God that protected DeLandites from serious injury despite the very serious storm.

He looks back on his route to the polling place Tuesday afternoon.

“I think I was kind of chasing the storm and didn’t know it,” Pastor Pete said.