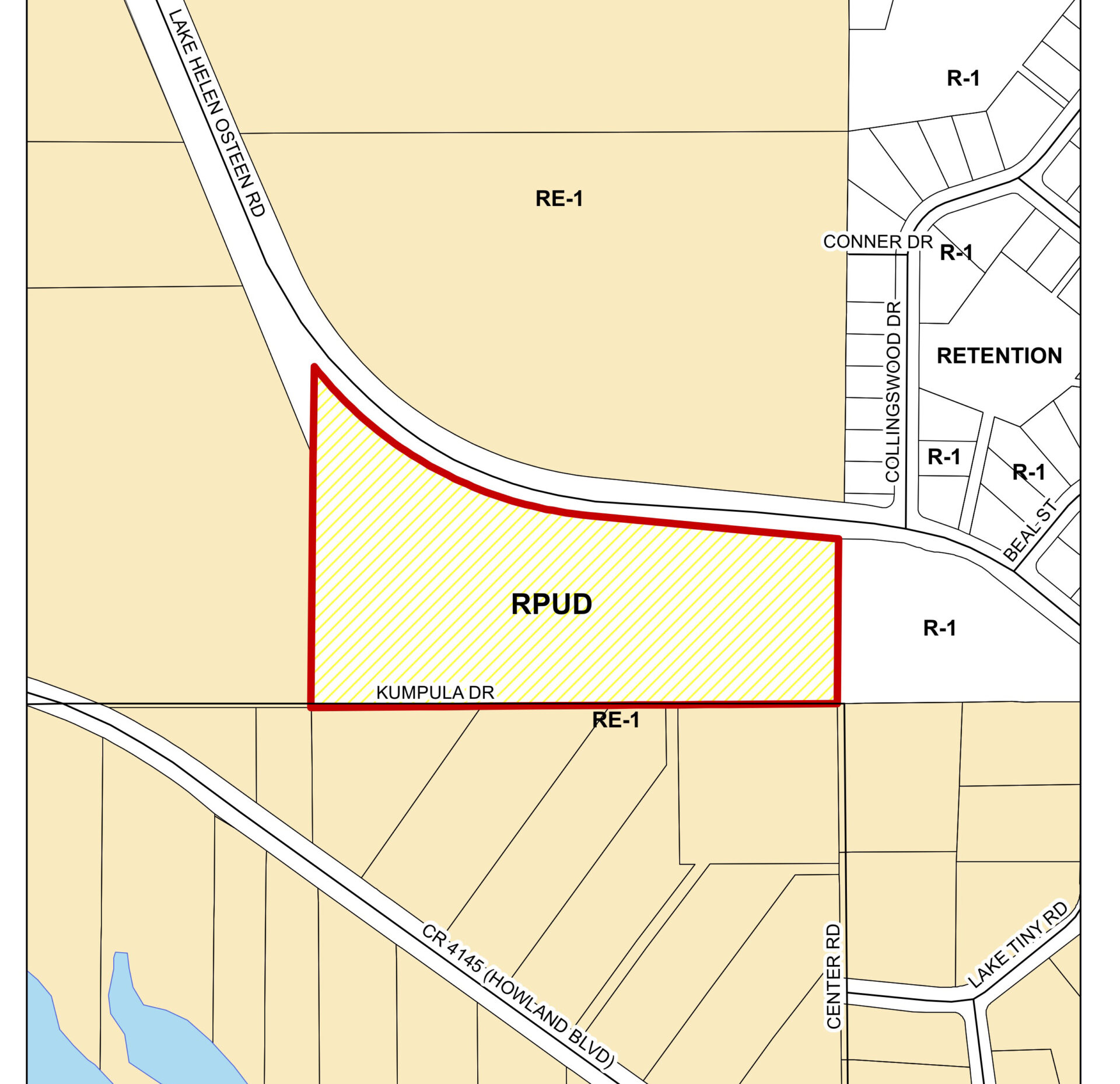 After more than an hour of passionate words for and against the proposal, the Deltona City Commission approved a developer’s request to carve up 16 acres into 61 single-family-home lots on the northeast side of the city.

“Times change,” Mayor Heidi Herzberg said at the Aug. 17 meeting, in support of rezoning the now-vacant property to allow a more dense neighborhood for future settlers. “Deltona is going to grow. … In the long run, this is going to be the future of Deltona.”

The commission voted 5-2 to rezone the tract near the intersection of Lake Helen Osteen Road and Collingwood Drive from RE-1 (Residential Estate) to RPUD (Residential Planned Unit Development).

The developer, Courtland Acquisitions LLC, is following a national trend of making homesites smaller, as many new homeowners want less yard and maintenance work. The ordinance to change the zoning and to create a new neighborhood known as Three Island Lake South comes before the commission for a second and final vote in September.

Whereas the RE-1 zoning permits one home to be built on 2.5 acres, the pending zoning would shrink most of the lots to 4,800 square feet, or about one-ninth of an acre.

The average width of the lots in the new neighborhood is 40 feet, and the length is 120 feet. The typical lot size of Three Island Lake South is about half that of the older platted lots in most of Deltona.

“You’re taking RE-1 property away from people,” Commissioner Loren King said. “Everyone doesn’t want a 40-foot lot. … We don’t have to put this development here. It’s wrong.”

“The developer bought that property, and he has a right to develop it within the rules that we wrote,” he argued.

The proposed zoning provides for the clustering, or close grouping, of homes so as to leave part of the property as green space, a dog park and a children’s play area.

Mark Watts, the attorney for Courtland Acquisitions, said Three Island Lake will bring “more opportunities for variety” in housing in a fast-growing city and state.

“I think that variety is the key, … providing a choice,” he told the commission. “Some people do want [smaller lots].”

The Three Island Lake situation is similar to the Pine Ridge controversy earlier this year.

In that instance, the City Commission sided with neighbors on large lots and voted down a planned development for 58 homes on 13 acres.

“We’re not making any more land,” he said. “Water and land are finite resources.”

“I’m trying as a commissioner to protect part of Deltona that we don’t have much of,” she said.

McCool and King were on the losing side of the issue.