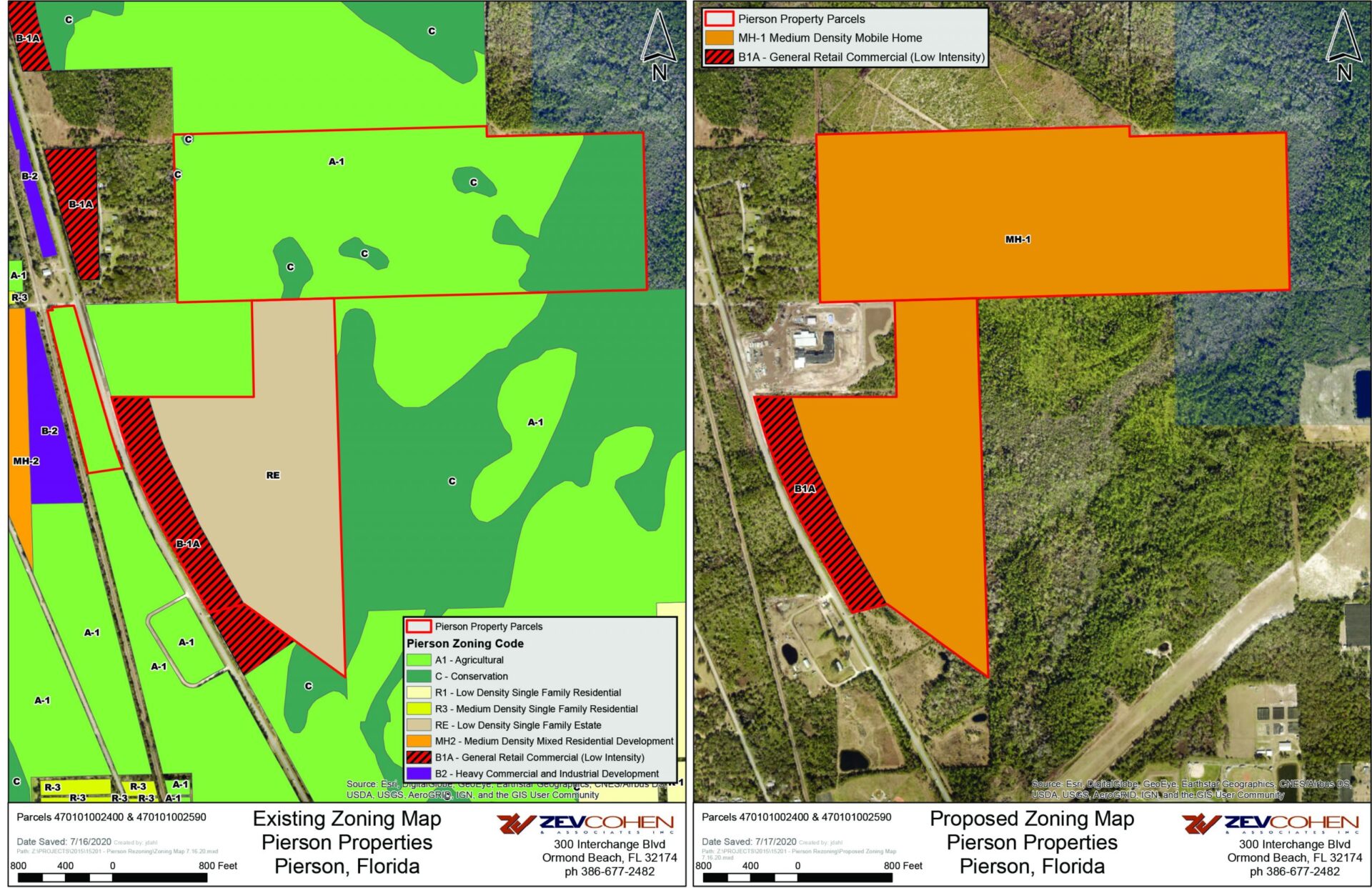 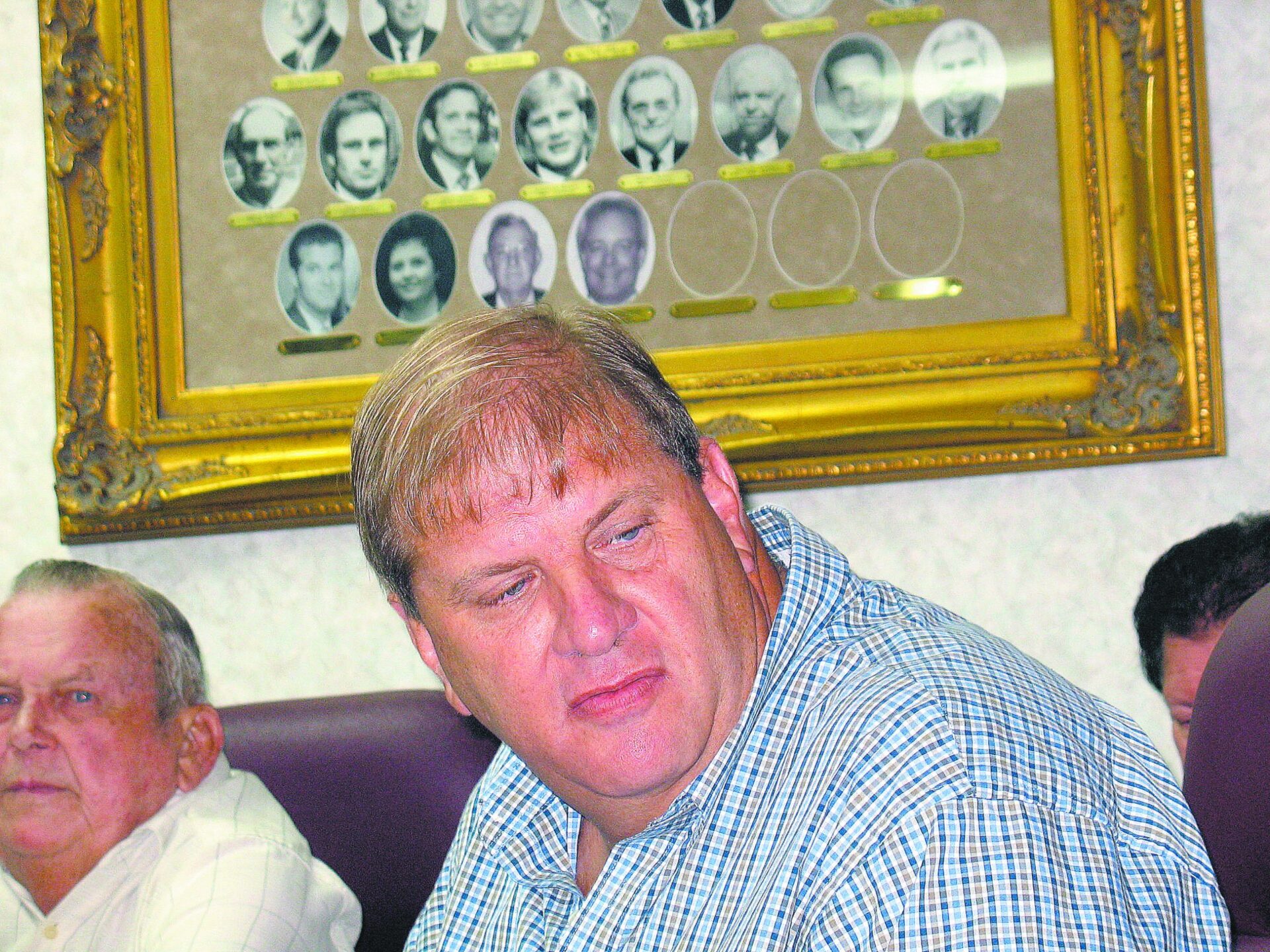 An age-restricted mobile-home community moved one step closer to reality this week when the Pierson Town Council gave second and final approval to rezoning two large parcels next to the new elementary school on the north side of town.

The parcels totaling about 158 acres border the school site on the south and north. The land is owned by Samuel Bennett, a Pierson fern grower and businessman who also is the Town Council chairman. He abstained from the vote.

A parcel of approximately 5 acres fronting U.S. Highway 17 south of the school remains zoned for future General Retail Commercial use.

“I’ve put a lot of time and effort into this, but I think it will be a good addition to the town,” Bennett told The West Volusia Beacon several days before the vote. “We are having a lot of growth in Pierson, but at a slower pace than other areas.”

Before the rezoning, the land was designated for mostly agricultural and conservation uses, with a portion zoned for low-density estate residences. It now has MH-1 (Medium Density Mobile Home) zoning.

The rezoning is just the first hurdle in making the community a reality. Bennett said construction plans still have to be approved by the town’s Planning Commission and the Town Council before any work could begin.

“I would hope this would continue to move right along,” he said.

According to Bennett and an analysis by the town’s planner, Mark Karet, the community of 400 units will be restricted to residents 55 years of age and older and will include supporting amenities. The sites will be primarily for rent to residents who provide their own homes, but Bennett said he may install some manufactured homes to sell.

Plans call for the project to be built in phases, with 10 to 20 sites in the first phase, along with streets, city water and individual septic tanks, Bennett said.

According to Karet’s report, most of the 158-acre site is uplands and not in the 100-year flood plain.

“Most of these uplands consist of pine flatwoods that have been periodically harvested in the past,” the report says. “The site does contain approximately 56 acres of wetlands. The regulatory agencies will require avoidance and minimization of development impacts to these wetlands either by eliminating impacts altogether or by limiting the degree of impacts as much as possible. The applicant [Bennett] will be required to maintain upland buffers along the perimeter of the wetlands to avoid secondary impacts to the wetlands.”

Karet also pointed out that the community would have a positive effect on the town’s economy.

“The Town of Pierson is in need of new housing that will support existing businesses,” the report says. “The residents of this community will be over 55 years of age. In general this demographic tends to have higher disposable incomes than younger residents.”

Bennett doesn’t yet have a developer lined up to build the community, nor does he have any plans to develop the commercial section.

“I’m not looking to do anything with [the commercial portion], but it’s available if anyone does want to use it,” he said.