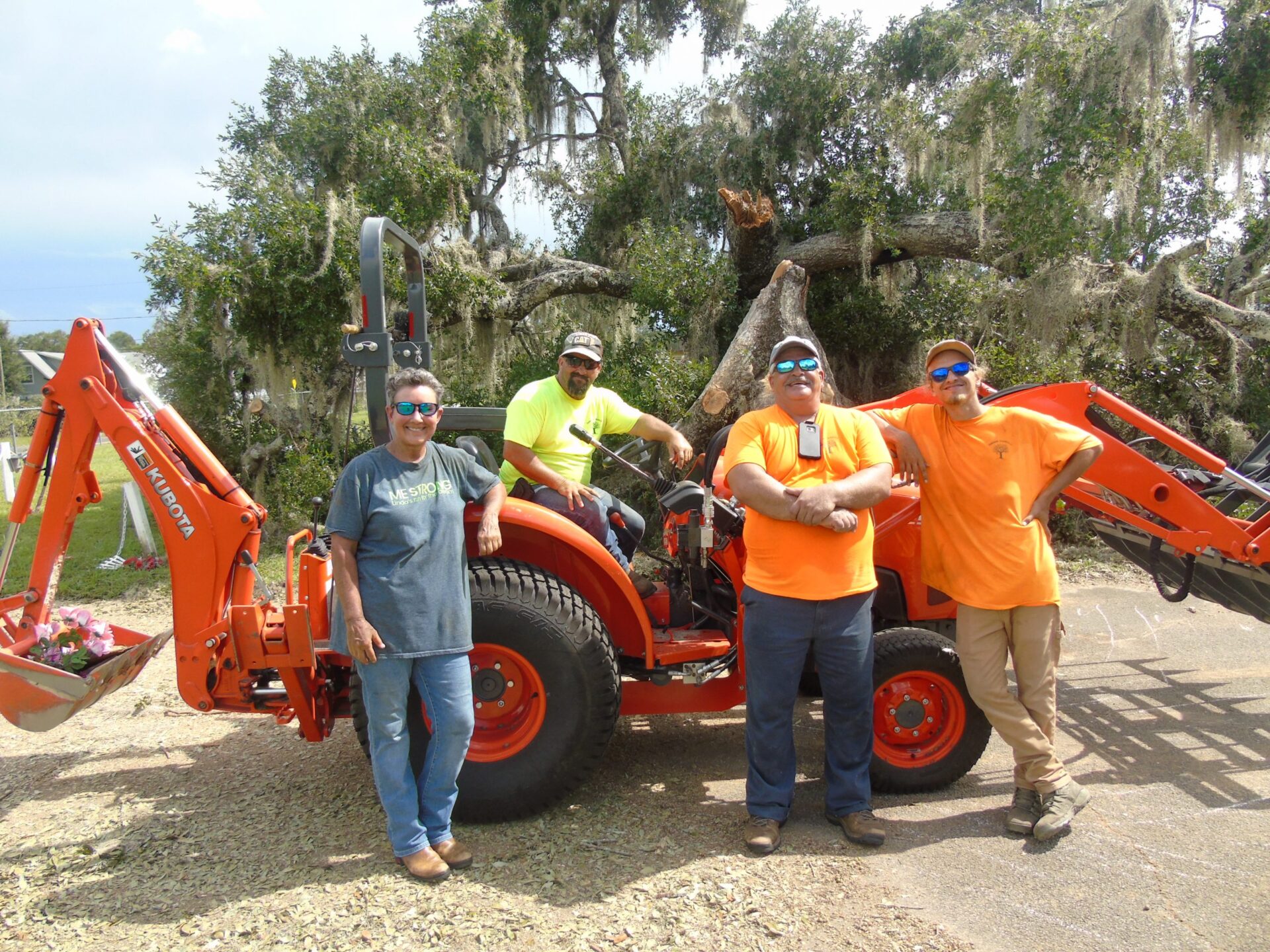 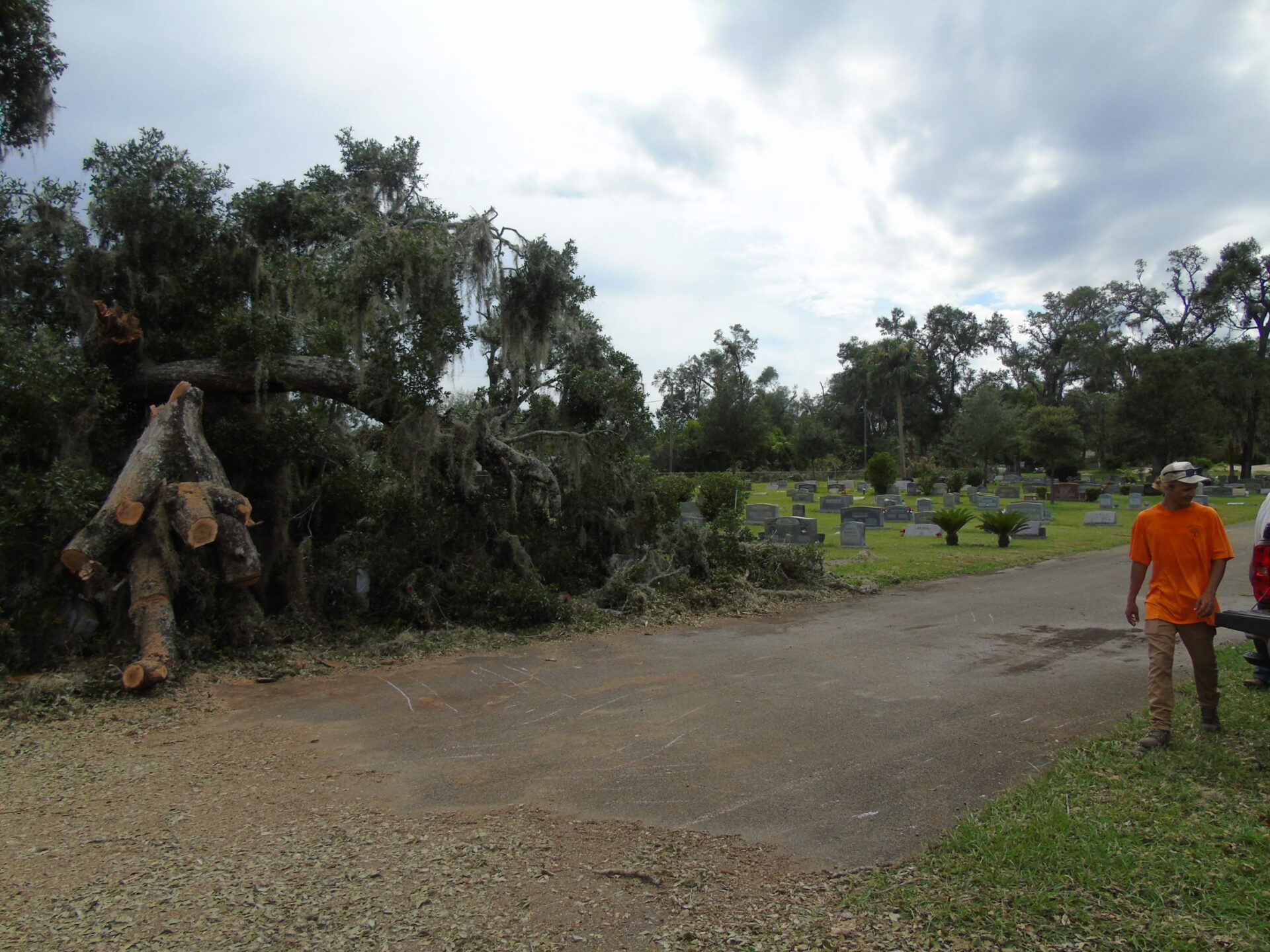 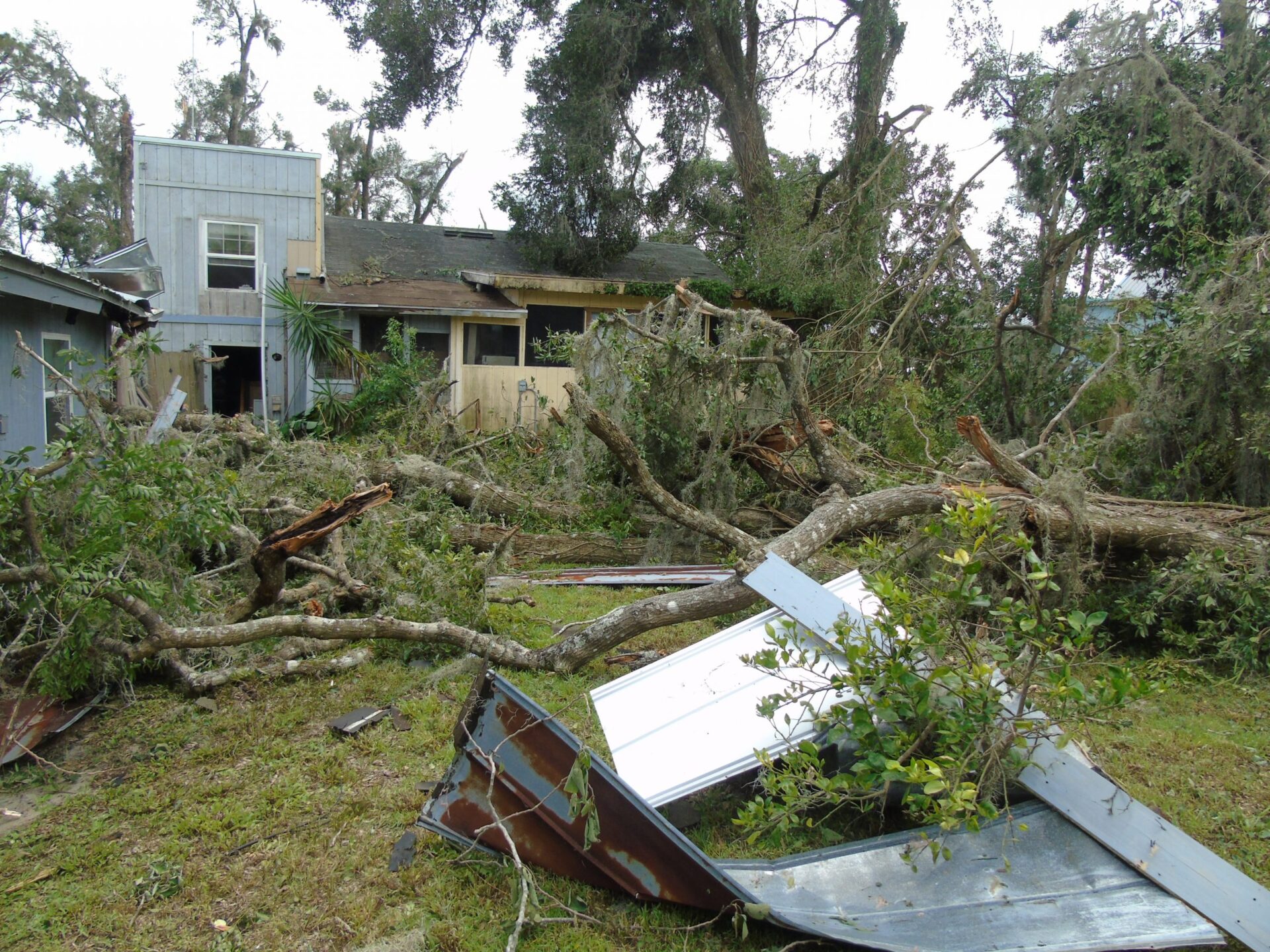 DeLand families are working to restore their homes and lives in the wake of the Aug. 18 tornado that caused major damage as it cut a path across the north side of town.

According to the Volusia County Property Appraiser’s Office, 42 single-family homes had minor damage, while 25 had major damage, and five were destroyed.

Additionally, seven commercial properties had minor damage, while seven had major damage and one was destroyed.

An oak tree crashed down on the East Washington Avenue home shared by Gina, her fiance, and their dogs. They survived the harrowing incident without injury.

“You could see the sky,” Gina said. “It [the oak tree] just crashed through our bedroom, and into our kitchen and our bathroom.”

Gina didn’t want to give her last name. She said while she and her fiance are worried about replacing the contents of their house, they have a place to stay, and they are glad the damage wasn’t worse.

“The stuff that would have been irreplaceable is OK,” she said.

Another resident of East Washington Avenue whose home experienced major damage was Max Ionita. He was home with his parents.

“I just heard the whooshing, the intense sound of the wind blowing,” he said. “The roof just kind of disappeared. I was inside, and then I noticed an abnormal amount of light coming in.”

And for some, like John Melhon and his family, the damage will take months to recover from. So far, they have received some assistance from friends and neighbors, and Melhon hopes a post on Facebook by a friend, Brandy Rood, will bring in some donations to help them along.

“We have such a big family, and we’re struggling really bad with funds and everything else,” Melhon said.

Businesses on Woodland Boulevard north of Plymouth Avenue were damaged, as well, including Waffle House. It takes a lot to close a Waffle House, but damage to the exterior and downed power lines did just that for a day.

Assistant Manager Shannon McNiffe was working during the storm and was able to get all of the customers inside the bathroom, which she thought would be safer than the dining room with its large windows.

She said it was scary, but she was glad she was able to keep everyone safe.

“At first, it was just like a normal storm,” McNiffe said. “It lasted what seemed like hours, but it was really only like a minute or two.”

Outside of Waffle House, a car was flipped by the high winds with its driver inside; the driver, the only person known to be injured during the storm, was later hospitalized.

Melissa Brissey, the owner of Sweet Spot a few doors from Waffle House, was also in her store when the tornado swept through. She said the devastation after the fact was horrifying, but help came quickly.

“Within 20 minutes, the cavalry of linemen, police officers, ambulances, city officials, a big sheriff’s bus, they were here with tons of workers,” she said. “I was amazed. I didn’t even know how they got here so fast.”

Across DeLand, relief efforts continue, thanks to local businesses, organizations and the American Red Cross.

Morningstar Storage at 2201 Golf Club Drive is offering two to four months of free storage for people whose homes were damaged in the tornado.

Stetson Baptist Church, in conjunction with Florida Baptist Disaster Relief, is offering free roof tarping and tree removal for families whose homes were affected by the storm.

Another organization providing assistance is the Winn-Dixie Foundation, which donated 420 cases of bottled water to the Red Cross relief efforts.

Oaks down at Oakdale

Another area hit hard by the storm was Oakdale Cemetery, south of Plymouth Avenue between Clara and Orange avenues. The cemetery, known for its tall oak trees, lost many to the tornado.

Manager Victor Primo was trying to leave his office when the storm began to knock trees down.

“I felt the ground vibrate, and I looked in my mirror and said ‘oh damn, the tree fell.’ So then I started to go, and everything just went like a white snowstorm.”

Primo, along with a small crew that includes Cheryl Lankford, from Lankford Funeral Home and Crematory, have been working hard to get the road cleaned and as much of the debris removed from the cemetery as possible.

Lankford said volunteers are welcome, but some restrictions are in place on visitors, to give space for the cleanup work.

“Everybody loves this cemetery, and we’re going to do what we can to get it back right,” she said.

Lankford said no graves were damaged, and the few damaged headstones will be repaired as soon as possible.

Repairs will take time, and with hurricane season in full swing, DeLand may not have the time it needs to fully recover before another storm hits.

Two days after the tornado hit, a storm with winds over 70 mph blew through DeLand, overturning planes on the DeLand Municipal Airport.

And as repairs began, the Volusia Sheriff’s Office warned of offers that sound too good to be true.

“Go online, go to the Volusia Building Industry Association’s website and see if they are listed as a credible member,” Bradford said. “I know it’s desperate times, but we are doing this because we want to make sure you aren’t scammed by these companies.”