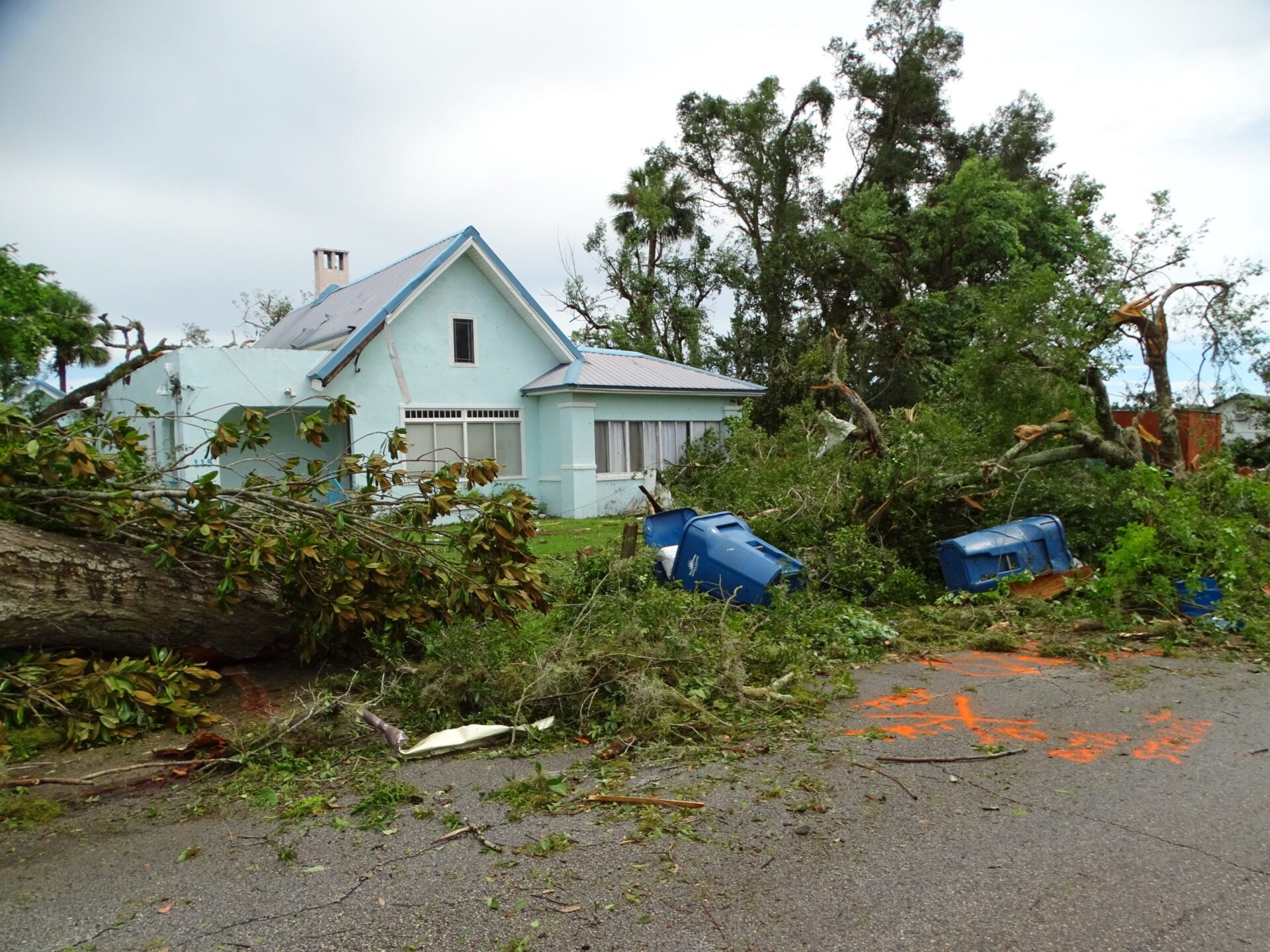 I was one of the victims of the Aug. 18 tornado that hit the DeLand area. Technically, I am in Volusia County as I am just north of Plymouth and Clara avenues.

I want to say that I feel luckier than most, as I still have most of my roof, so I can stay in my home. Repairs can be made, and my butterfly garden can be replaced over time.

I am disappointed in the response by Volusia County. I did not receive a visit or a call. The only people or organization who reached out to me were the Red Cross and Team Rubicon.

The caseworker with the Red Cross was concerned at the lack of resources that were available to the tornado victims. I was, however, given the Volusia County Disaster Assistance number, so I did call, and when I called and asked if there was any help available, the man on the other end said no, but he would check to see if he could refer me to some other agencies.

He gave me a number, but when I called, I got a recorded message that said if I had hurricane damage from Hurricane Irma to call another number.

I am very disappointed in the response that Volusia County has shown to the tornado victims.

I feel so lucky that I can stay in my home, because I can see where others cannot. It may not have been a devastating hurricane, but the tornado was devastating to many in the Volusia County area.

If I were to grade the county on their response, I would have to give them an F on outreach and on resources. I shudder to think what would happen if there was a countywide disaster. Would the resources be there for the victims of a major event?

There were churches and neighbors who offered a helping hand and, of course, the Red Cross was there for me, but sadly, I found out that the county was disengaged!

This year, especially with the COVID-19 problems heightening government response at all levels, I feel let down.

The Sheriff’s Office put up a disaster response site, but we couldn’t get to it for two days, and we didn’t know about it because of the loss of power.

I am a hard worker, and I will recover, but I do worry about those who are less fortunate than I am. Even though this will be a financial hardship for me in a year that I lost my business,

I will keep on trying. That is what we do as Americans, we pick ourselves up and start again.

— Patten is a resident of DeLand.