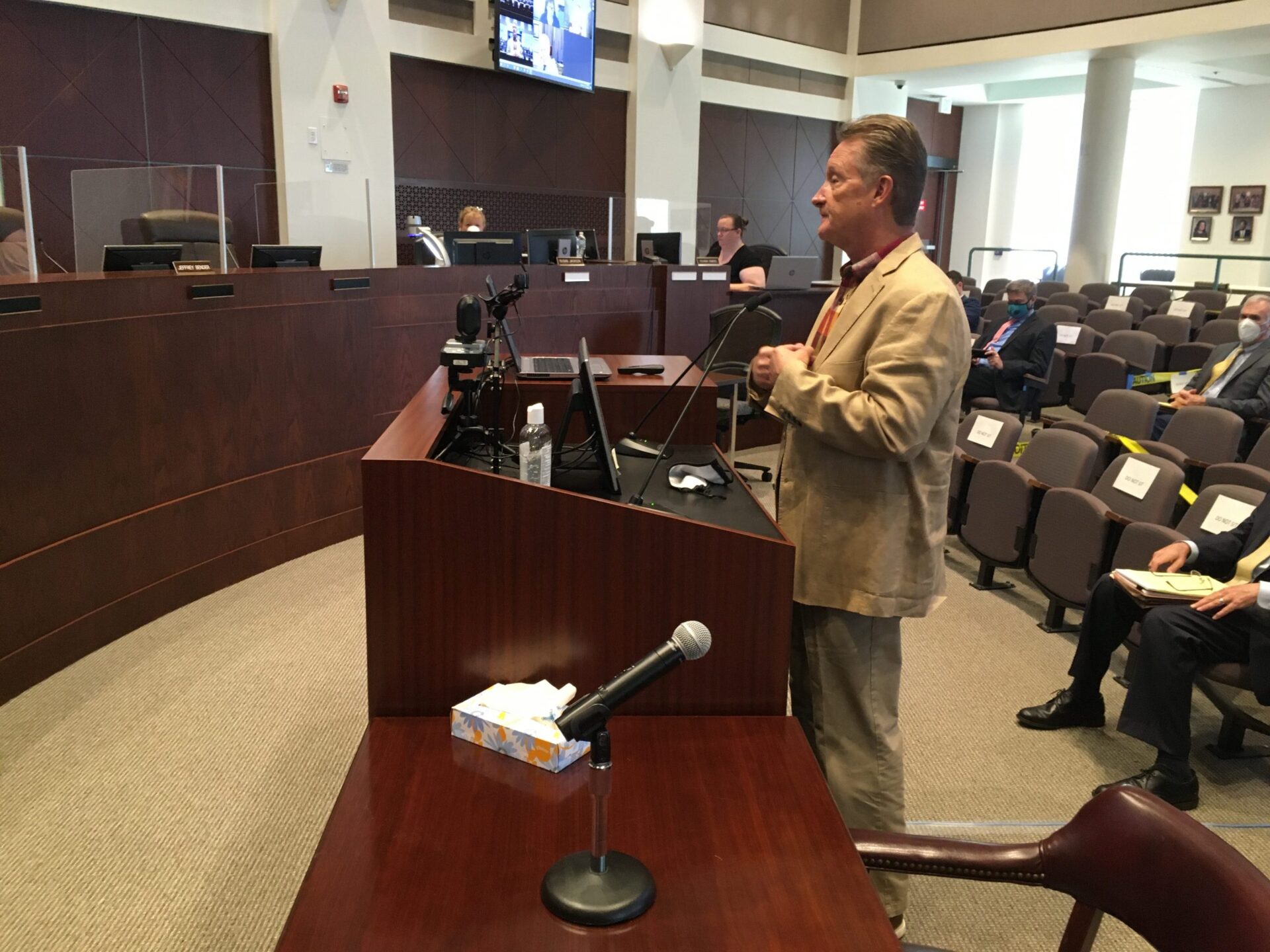 An 11-acre self-storage facility has gotten an advisory board’s green light to build in Enterprise.

The county planning board voted 5-2 Aug. 20 to recommend the County Council approve the proposal for the storage complex on the north side of Doyle Road, just outside Deltona’s city limits.

The project involves an unspecified number of enclosed, climate-controlled storage units and 26 outside storage spaces for recreational vehicles and boats. The County Council will consider the request Oct. 6.

Not everyone is pleased.

“I represent the residents, and we are vehemently opposed to this,” Gary Burton, who lives in Enterprise, told members of the Planning and Land Development Regulation Commission.

Burton listed concerns such as additional traffic on Doyle Road, renters coming to or going from the storage business at all hours, and the possible storage of toxic substances.

At least two other Enterprise residents watched the meeting via Zoom.

Burton said he did not know about the proposal to build the storage center until one of his employees mentioned it to him.

“All adjacent property owners were notified,” she told The Beacon. “They’re required to be notified 10 days before the hearing.”

The applicant for the proposal is Mark Karet, of Zev Cohen and Associates, an Ormond Beach engineering firm.

The comprehensive-plan amendment involves changing the land use from Urban Low Intensity to Commercial. If the County Council approves the change, it must also be approved by the Volusia Growth Management Commission and the Florida Department of Economic Opportunity.

The property is already zoned for a Business Planned-Unit Development, but the zoning now in place limits development to 35,000 square feet. The applicant is requesting the limit be raised to accommodate the storage center’s 85,351 square feet — more than double the size now allowed.

The parcel is now vacant, except for a 190-foot cellular-communications tower.

An environmental survey may also be required, because the property may be habitat for scrub jays and gopher tortoises. The scrub jay is a federally protected species, and the gopher tortoise is deemed a threatened species under state law.

Darren Elkind, the attorney for the applicant, said the storage complex would not have adverse effects on the surrounding area.

“They are low-traffic generators,” he added.

“It doesn’t generate odors,” Elkind said. “It’s aesthetically pleasing. … I disagree that we’re having a negative effect on property values.”

Before the PLDRC endorsed the project, it added requirements for buffering the facility from adjoining properties. Public access to the storage units is to be limited to the hours of 6 a.m.-10 p.m.

Moreover, garage sales and flea markets are banned, as well as vehicle repairs.

The planning commissioners urged Elkind and his client to meet with Burton and the people living nearby.

“I suggest you have a meeting with the neighbors,” Commissioner Frank Costa told Elkind.

“It does show a good-faith effort that seems to be lacking,” Commissioner Edith Shelley said.

The majority of the seven-member panel voted in favor of the proposal, but Vice Chair Jeffrey Bender and Commissioner Wanda Van Dam dissented.

At this writing, a meeting with neighbors is yet to be scheduled. At least one neighbor seemed firm in his opposition.