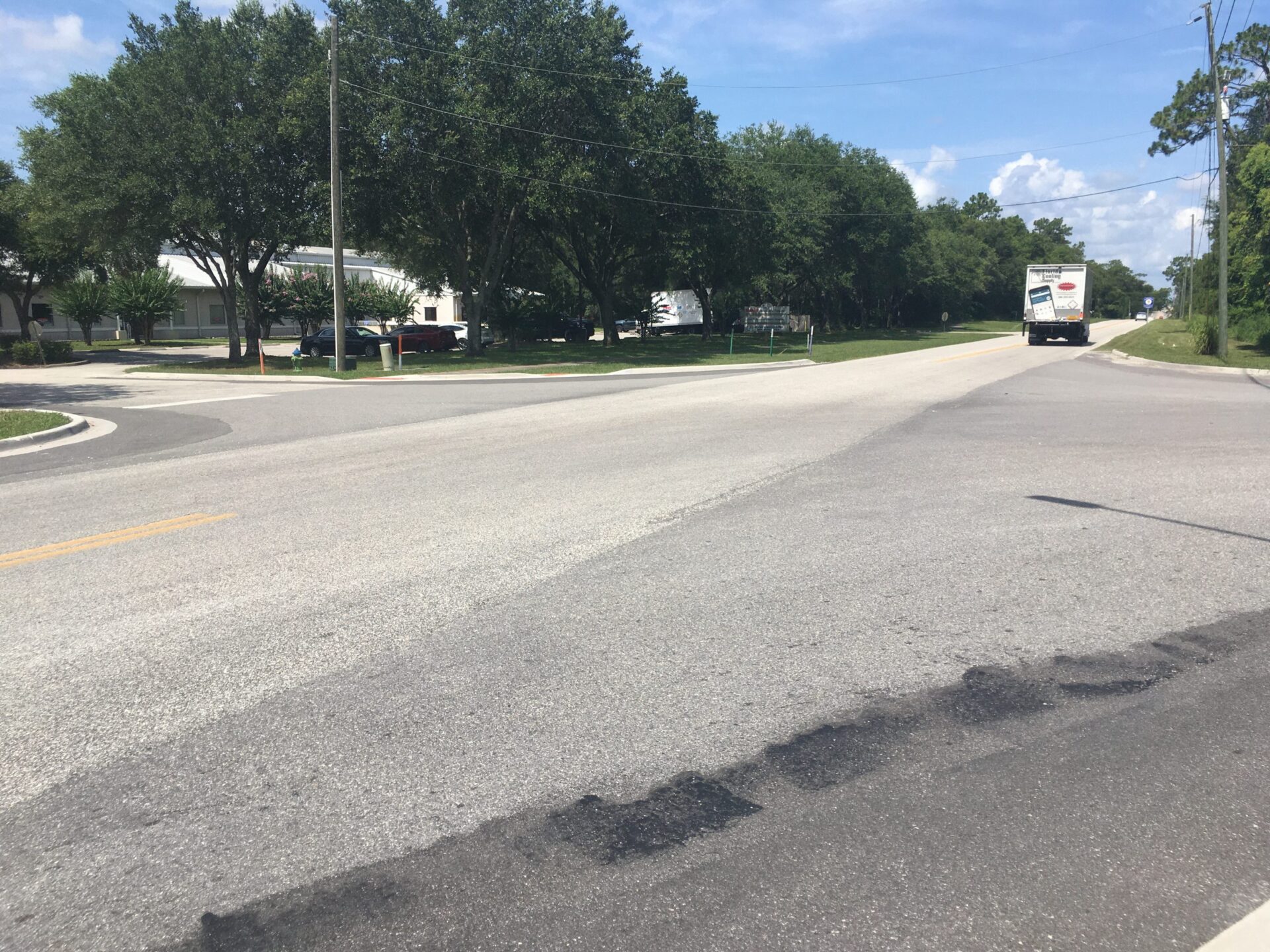 An intersection deemed in need of safety improvement may become the site of West Volusia’s newest roundabout.

A consulting firm studied the crossing of East Rhode Island and Leavitt avenues in Orange City and recommended city officials build a roundabout to lessen the risks of serious accidents.

The City Council received a report from a DeBary firm, Traffic Engineering Data Solutions — TEDS, for short — that concluded a roundabout would not only greatly reduce the odds of deadly wrecks, but would also be the most affordable safety upgrade for the intersection.

The council has also contracted AVCON Inc., an Orlando engineering firm that also has a DeLand office, for the design of the roundabout. Orange City will pay AVCON $138,334 for the design.

TEDS reviewed the accident data for the five years between 2015 and the end of 2019. There were 45 auto accidents on East Rhode Island during that study period, the report noted. The traffic consultant’s study noted 80 percent of the wrecks occurred during daylight hours.

The study revealed that 16 of the crashes were rear-end collisions; 14 were accidents involving left turns; and 10 were angle crashes, or “T-bone” collisions. In addition, the accidents on East Rhode Island Avenue resulted in approximately $287,000 worth of property damage.

While there were no traffic fatalities in that corridor during the time frame of the study, one person was killed earlier this year, on Feb. 21, at the intersection of East Rhode Island and Leavitt avenues, when “a northbound through driver failed to yield to a westbound vehicle, resulting in the passenger of the northbound travelling [sic] vehicle sustaining fatal injuries,” a report noted.

The TEDS report presented options for improving the intersection at East Rhode Island and Leavitt avenues and the estimated costs:

Mendez cited extra savings with a roundabout, rather than a traffic signal.

“You don’t need somebody with a bucket truck to fix the light,” she said.

There was also a suggestion for a four-way stop at the intersection of East Rhode Island and Leavitt avenues, but city leaders decided that would not be a long-term solution.

“Stop signs are not permanent, but we do need to do them,” City Council Member Jeff Allebach said. “It makes sense to go with the roundabout.”

Allebach represents Orange City on the River to Sea Transportation Planning Organization. The TPO ranks transportation projects within Volusia County according to need and seeks ways of funding them, including by applying for grants from state and federal agencies.

As for funding, Mendez said Orange City has $600,000 in its road impact-fee fund, which would be sufficient to pay for the construction of a roundabout at the intersection of East Rhode Island and Leavitt avenues. If a roundabout is built, she said it would be “the absolute safest” means of averting serious and costly wrecks.

“There will be crashes at the intersection, … but they’ll be at [a] slower speed,” Mendez added. “The roundabout eliminates those conflicts and angle crashes.”

Pedestrian safety will be factored into the design and construction of a new roundabout, Mendez said.

“The design of the roundabout has to accommodate pedestrians,” she continued. “They tend to put in the crosswalks that have a flashing beacon.”

Pedestrians include bicyclists, in this context.

The design and engineering cost includes not only the blueprints for the roundabout, but also soil borings and planning for stormwater control.

Moreover, there will be an environmental survey to determine if there are any threatened or protected species, notably gopher tortoises, in the area of planned construction.

The timetable for completing the design and the construction of the roundabout is yet to be announced.