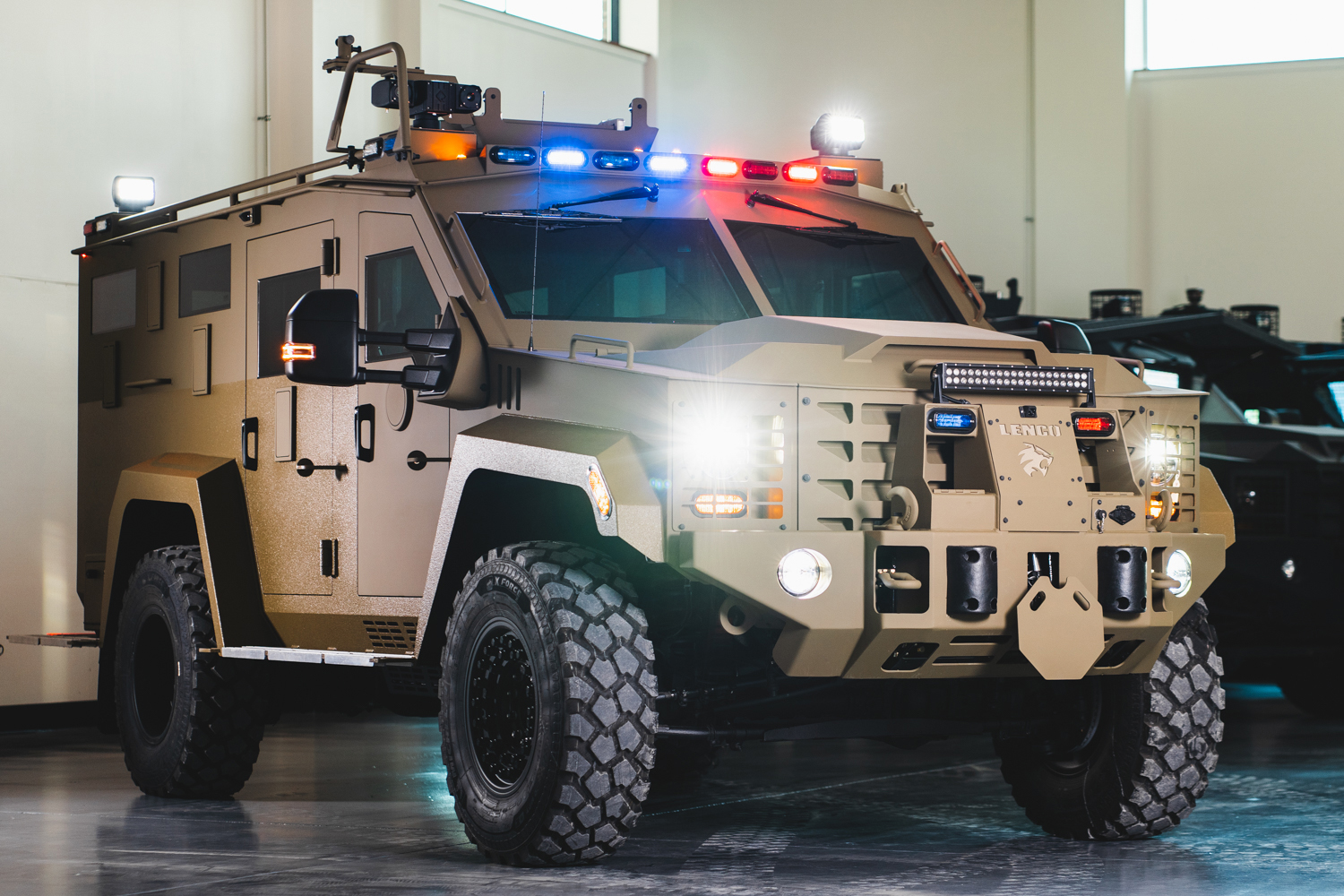 Sheriff Mike Chitwood convinced the Volusia County Council to let him buy a fourth armored vehicle at a cost of $337,650, but not without a dust-up between him and the former sheriff, and a discussion of the upcoming presidential election — all against a backdrop of concern about law-enforcement agencies becoming too militarized.

First elected sheriff in 2016, Chitwood replaced Ben Johnson, who now serves as the at-large member on the County Council. At the Sept. 15 meeting, Johnson asked to pull the armored-vehicle purchase off the consent agenda for discussion.

The “consent agenda” is a list of routine items of business that are typically approved with one vote, rather than being considered individually.

Johnson’s request to discuss it caused Chitwood to bring up the long-standing feud between the two lawmen.

“Ben, let’s address the elephant in the room. This was pulled for personal animus, because, if you were sheriff, you’d be making the same argument that I make,” Chitwood said.

Johnson ultimately voted in favor of Chitwood’s request, but first he had some points to make and some questions.

“The BearCat is a fantastic piece of equipment, and every law-enforcement agency needs to have one,” Johnson said.

But he questioned how many the VCSO needs, as it has three armored vehicles already: one Bearcat, plus two military-surplus armored personnel carriers.

If there were ever a dire public-safety emergency demanding more armor, Johnson noted, the county has mutual-aid agreements with surrounding counties and cities to get even more heavy equipment, if necessary.

Johnson also pointed to the sticker shock of the request. A BearCat is not cheap.

“I do have a problem with a third of a million dollars,” he said, adding, “The citizens out there — it’s hard for them to fathom just putting money out. At this time, I can’t support this item.”

“There’s a 50/50 shot there’s going to be a new administration,” Chitwood told Johnson and his colleagues.

He quoted from a newspaper’s article in which Jonnson expressed anger and disappointment with the Obama administration decision to seize military surplus vehicles that had been given to local police agencies.

Back then, Johnson had been forced to hand over an M-113 armored personnel carrier that had been given to Volusia County by federal agencies.

Chitwood warned that history could repeat itself.

“There’s a good possibility that with a change in administration, … Volusia County will lose two of its vehicles and 200 of its tactical rifles,” the sheriff said.

Chitwood also said the cost of the BearCat would come out of savings in his budget. Chitwood, who won a second term this summer when no one filed to run against him, said he had spent millions of dollars less than was allocated to the Sheriff’s Office in each of the past three years.

Johnson was ready to go along.

“Mike, you make a very compelling argument,” he told Chitwood. “We don’t know what this election is going to bring. I don’t want to take a chance. … Your argument is compelling, and I’m going to go with you.”

The sheriff said he hopes the BearCat stays mostly idle.

“God forbid if you ever need that equipment,” Chitwood said. “It’s about protecting our community.”

Chitwood noted the BearCat, to be ordered from Lenco Armored Vehicles in Pittsfield, Massachusetts, would not be available right away.

The County Council voted unanimously to purchase the BearCat for the Sheriff’s Office.