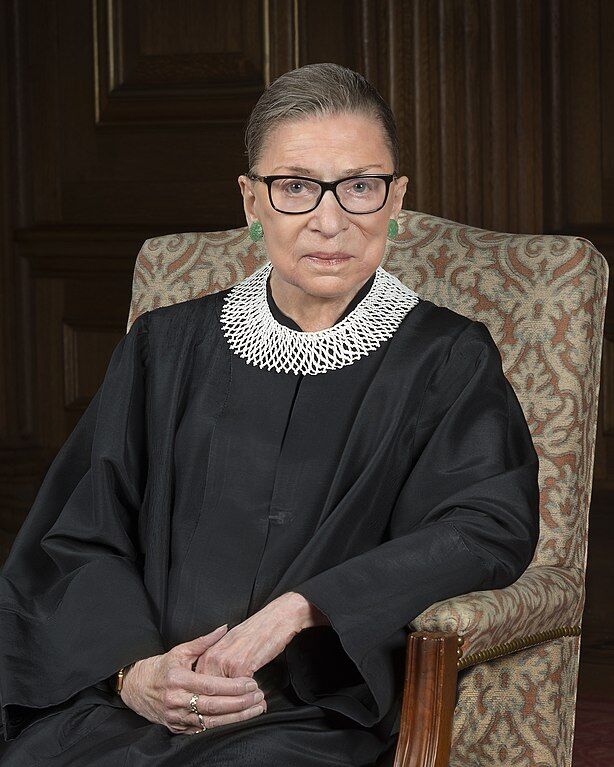 Ruth Bader Ginsburg entered law school to seek an education and pursue justice, but faced discrimination instead. At a formal dinner, the dean of Harvard Law School asked the handful of women who had been accepted how they could justify taking up a seat that could have gone to a man.

This is how she was welcomed to the profession of law.

She excelled at law school while caring for a toddler and nursing her husband, through a deadly fight with cancer. When he returned to his New York City law firm still needing care, she asked to be allowed to earn her Harvard degree while at Columbia University, a favor that had been granted male students in similar circumstances.

Her request was declined.

Unable to find a job as an attorney despite having graduated at the top of her class, she turned to teaching law, then litigating cases of sex discrimination for the American Civil Liberties Union. Those discrimination cases were brought under the 14th Amendment and its Equal Protection Clause and Title VII of the Civil Rights Act of 1964, which forbids discrimination in employment on account of sex.

She had herself already experienced discrimination: as a woman, a Jew, a wife and a mother. She rapidly became a leader and mentor for other women attorneys in the developing field of sex discrimination law in the early 1970s.

I was fortunate to be one of those young attorneys, just out of law school, working at the Equal Employment Opportunity Commission on sex- and race-discrimination cases.

Weinberger v. Wiesenfeld, one of her earliest cases, was a 14th Amendment case against the Department of Defense.

The DOD made benefits available to infants and very young children of military personnel who died of any cause while in the military. However, the regulation was worded so that the benefits went to the “wife” of the deceased soldier.

Her husband’s request for benefits for their child was denied.

Since the EEOC was newly established to fight employment discrimination, the Justice Department allowed the EEOC to file a “friend of the court” brief in the case.

That job was assigned to me. This gave me the opportunity to work with Ruth Ginsburg, to meet and discuss how the argument should be presented to the United States Supreme Court.

She was already the titan of sex-discrimination law when I met with her. Although she was only 5 feet tall, I knew I was meeting with a giant of intellect and purpose.

She argued that the regulation was a violation of the Equal Protection Clause of the 14th Amendment while my brief agreed and argued that it also violated Title VII. The law was struck down.

One of my favorite memories is of the judge who said it was not discriminatory to bar pregnant women from employment because the law prohibited both pregnant men and women, failing to note that there are no pregnant men.

During that time, employers would reach far to deny women equal benefits. One of my most important cases was against a nationwide employer that denied disability benefits to women for pregnancy-related disability, while covering any disability — including self-inflicted gunshot wounds — for male employees.

In oral argument in the 4th Circuit Court of Appeals in Richmond, my opposing counsel argued that pregnancy was a voluntary state. Now that abortion was legal, he said, women could get an abortion during their lunch hour and still go back to work. I countered by stating that Congress, in passing Title VII, could not have envisioned that women would be forced to choose between their statutory right to be employed and their fundamental human and constitutional right to choose whether to bear children.

All of this progress for women and men was based upon the character, courage and intellect of Ruth Bader Ginsburg. She was the leader for all who followed, as best we could, in her footsteps.

In her confirmation hearing for appointment to the Supreme Court, she said women did not seek privilege. All they asked was for their brethren to get off their necks.

She lived a life dedicated to making that happen, and all the rest of us have stood on her shoulders in furthering her vision.