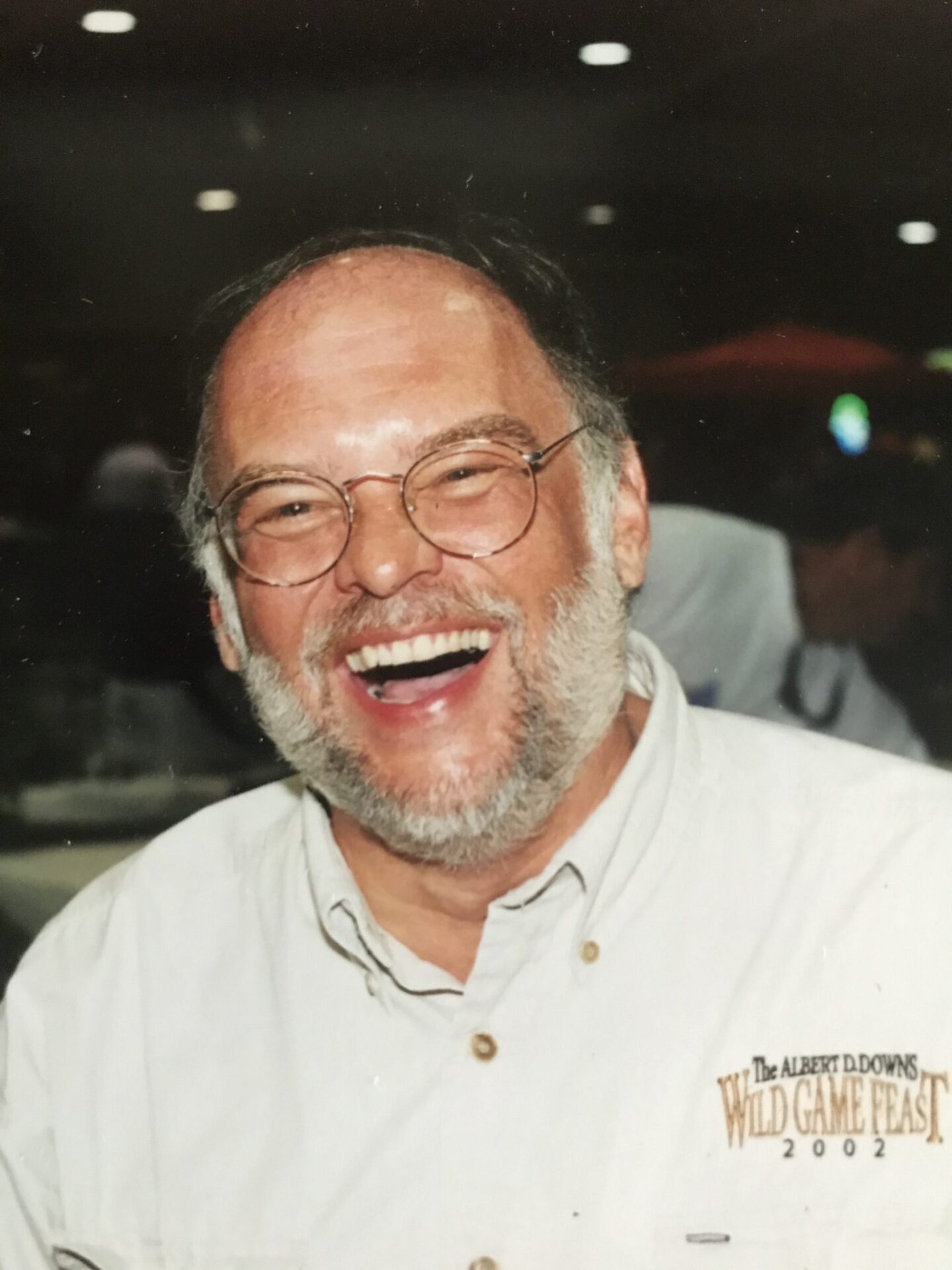 Envisioning a bronze bust of Steve Blais placed somewhere in Downtown DeLand forges a chuckle through the sadness.

Would it be affixed to a chair outside of Half Wall, formerly Dublin Station, where he spent so many hours strategizing, socializing and charmingly Steve-being?

But, seriously, there are monuments everywhere, already.

As word spread of Steve’s death — Sept. 18, following a brief illness — the number of people expressing shock and sadness was remarkable. They agreed: Steve Blais was a friend to all. He was a doer, and his contributions to the DeLand community are tremendous.

The Athens Theatre/Sands Theater, the MainStreet DeLand Association, the Fall Festival of the Arts, Rotary, the Faith, Hope and Charity organization, the “Thin Man” Watts Jazz Fest, the Museum of Art – DeLand, the Boy Scouts of America, the West Volusia Family YMCA, the Police Athletic League, the Floridians Against Crime Taskforce … and the list of organizations that benefited from his service and talent goes on.

Many share memories of Steve in the ’80s, ’90s and early aughts, which are largely dominated by Steve, the boss. The twice-weekly — in its heyday — Pennysaver was an advertising vehicle like no other. It was everywhere, just like Steve, its general manager of nearly three decades.

His former co-workers share the sentiment that working at the Pennysaver was like being home with family.

When a former co-worker died, and the Pennysaver staff wanted to raise money for his family, Steve — a notorious neatnik — patiently navigated mounds of donated items like a champ for weeks before the sale.

He graciously allowed use of the building and parking lot, without quibble or what-ifs. Thanks to him, several thousand dollars were raised for the family.

“The Sir,” as he was dubbed by his longtime secretary and friend Natalie Henderson, also turned a blind eye to the employees’ unceasing rescuing of animals. Cats, dogs and our children always were welcome in that workplace. Simultaneously, under his leadership a lot of work got done.

“I’m just going to say the same thing everyone else will say,” former Pennysaver Advertising Director Chris Padilla said through tears. “He was a great boss, mentor and, most of all, he was a great friend. He made us all like family.”

If you had a problem, work-related or personal, his calm, steady, soft-spoken directive or gentle, philosophical reassurance never failed to ease the emergency. His leadership skills were exceptional.

With Steve’s tireless volunteerism came a fair amount of “voluntoldism.” In the moment, we might have groused. Looking back, the networking was invaluable and engendered lifelong associations in the community.

He pushed us past our comfort levels to greater heights professionally, and made us better people.

And funny? Yes indeed, he was. Anyone who knew him can attest to the delight of Steve’s dry drawl and quick wit. One day one of the managers managed to get to work with her pants on inside out. Steve wasted no time composing a “chastising” memo — titled “Pants at a Glance” — regarding the improper attire situation. It was so pricelessly hilarious that several people saved it to share with family members.

Twenty years holds too many recollections to include here. Thankfully, the heart has room for them all.

— Webb, of DeLand, worked at the Pennysaver a total of 21 years. She is also a former news writer for The Beacon.

My memory of Steve

I remember going to see Steve Blais at the Pennysaver to get a donation for some project I was working on. I don’t know what, and it doesn’t matter. Steve was a given — an easy target.

I began my rehearsed spiel of all the wonderful benefits he would receive as a sponsor of this fabulous event, when he interrupted me, and with that distinct, raspy, smoker’s laugh of his, said, “Deb, let me show you something.”

He opened a closet door behind the counter. Inside were tons of plaques, trophies and bowls; symbols of years of awards with his name on them, but never openly displayed.

“It’s easy to be generous with other people’s money,” Steve said. “These really aren’t my awards. How much do you want?”

He closed the closet door and opened his checkbook.

But it’s not so easy to be generous with time when it’s yours. And, he didn’t know back then that his would be cut so short, or perhaps he would have been a little more selfish with his. But, that wouldn’t have been Steve.

Years were spent saving the Athens Theatre. Today, most don’t know the forces behind that effort. Steve Blais was one. Late (very, very late) one evening, three of us sat together after a board meeting, two Steves and me.

We raised our swords — oops, I mean cups — and made a little drunken — oops, I mean tipsy — pact. Not one of we three Musketeers could quit until the Athens was back to her original splendor. We, he, didn’t.

So, when you see those Athens Theatre lights at the end of the street, think of a modern-day D’Artagnan. Give a wink and a smile, and raise your sword for a guy whose light went out way too soon.

Godspeed, Steve Blais. The world’s a little darker without you.

“Steve genuinely cared about his employees and wanted them to succeed. He was a very private individual who often worked behind the scenes and let others take credit for all of the work.

“He was the best general manager, leader and mentor I have ever worked for. If he had called saying he was starting a business and there was a job opening, I would have replied, ‘When do I start, and what will I be doing?’”

— Jean Strunks, who worked at Pennysaver 1989-2008 as a classified adviser, classified supervisor and accounting-department manager

‘A joy to work with’

“I worked with Steve on the ‘Thin Man’ Watts Jazz Fest and with the Faith, Hope and Charity Society. He was a big supporter of MainStreet DeLand. Steve was a joy to work with.”