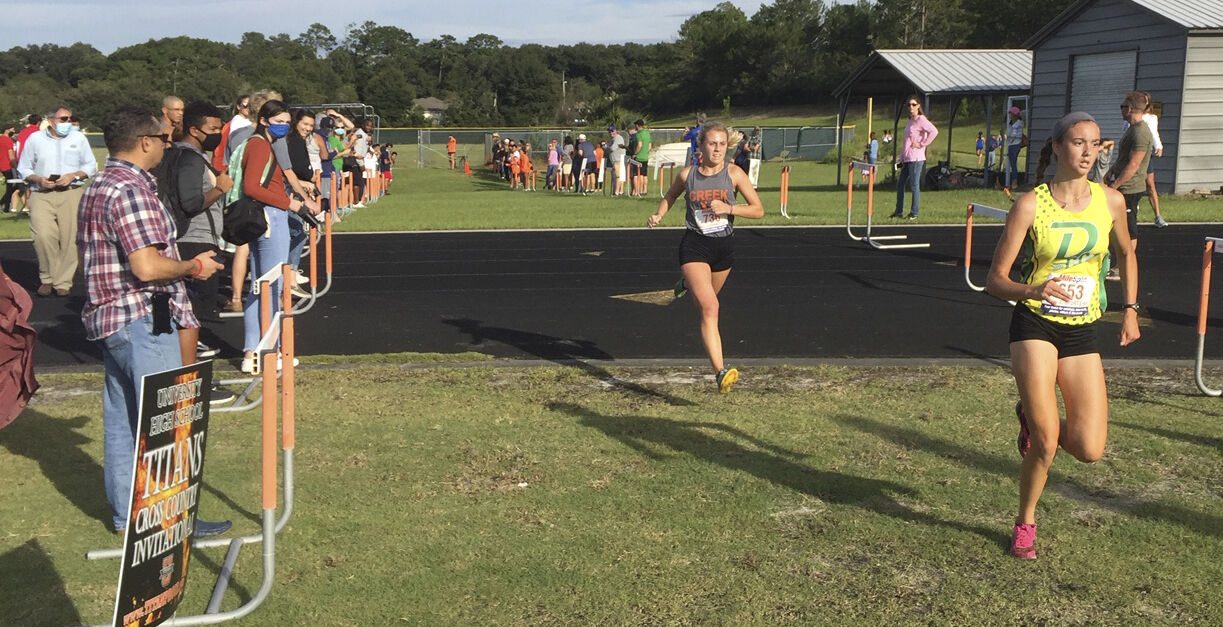 This past week found both DeLand and Orange City University high schools playing host to an invitational cross-country meet. DeLand had 16 schools competing Oct. 2 at the Sperling Sports Complex, while on Sept. 30, University played host to 12 schools on its 5K campus course.

The DeLand meet found Oviedo Hagerty claiming the boys’ title, while the Spruce Creek girls were the female champions.

In the University boys’ challenge, Father Lopez scored 56 points, while University was second with 63, followed by DeLand with 80 points. Pierson Taylor was eighth with 175, while Deltona was 10th with 271. Pine Ridge competed without a full team.

The boys’ race was a close contest throughout the entire 5K, with senior Seth Augustynowski of Father Lopez claiming first in the last half-mile over University sophomore Royce Eggert, who finished 2 seconds behind Augustynowski’s 17:05.84 clocking.

The girls’ race at University saw Spruce Creek score 20 points (a perfect score is 15), while Father Lopez was second with 59. University was third with 97 points, with DeLand 2 points back. Taylor Middle-High was sixth with 136 points.

Two days later, the DeLand Invitational was held, which made it difficult for some runners competing in two days. The girls’ champion was Spruce Creek with 44 points, followed by New Smyrna Beach in second with 66 points. University was sixth with 181 points, and closely behind them was DeLand with 184 points. Taylor was ninth overall of the 16 teams competing.

Many of these teams will be traveling for the Volusia/Flagler freshman/sophomore meet at Spruce Creek High School at 7:30 a.m. Saturday, Oct. 10. This will also be the first time that the middle-schoolers will have their first outing of the season after the high-school races.