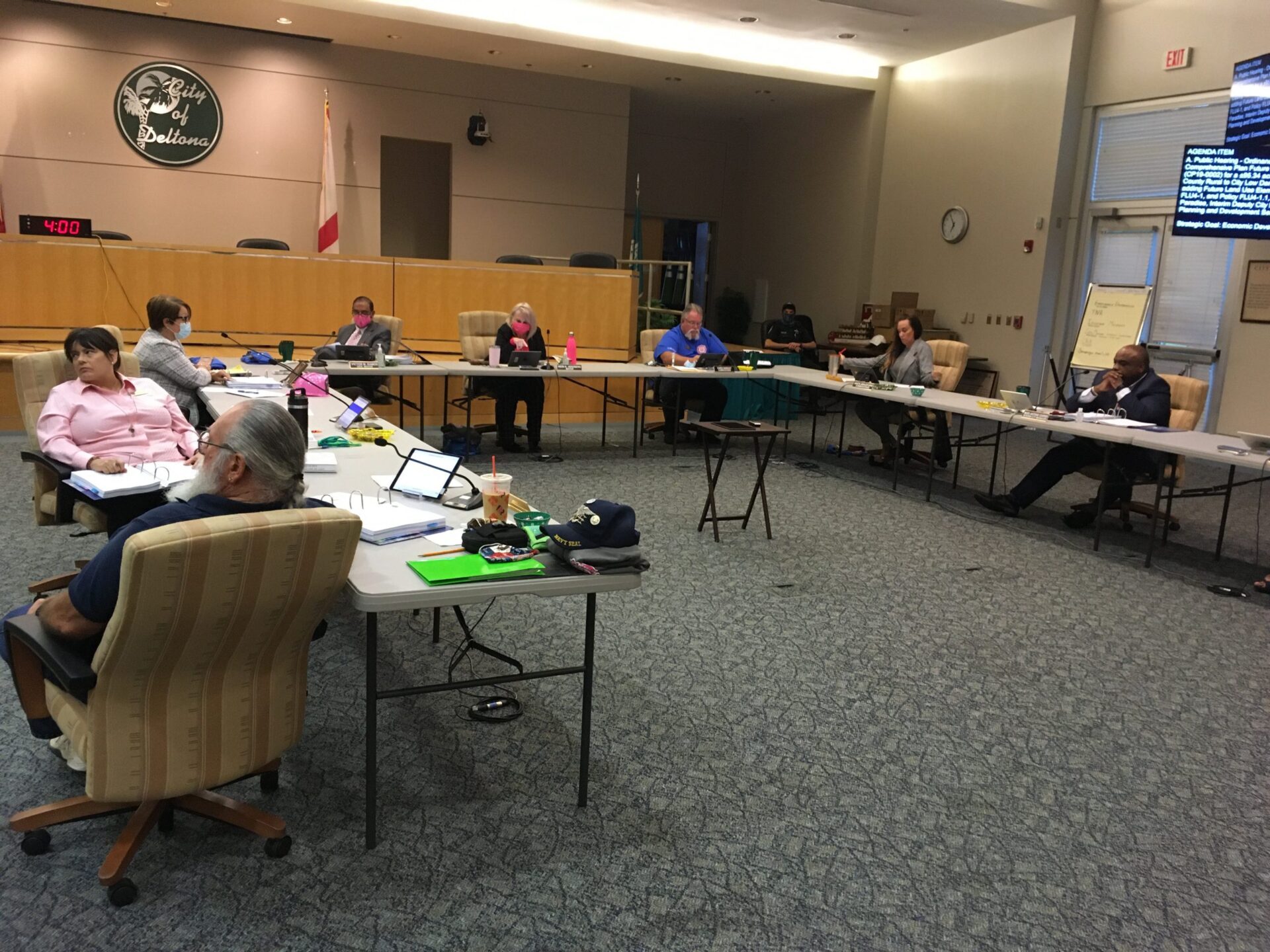 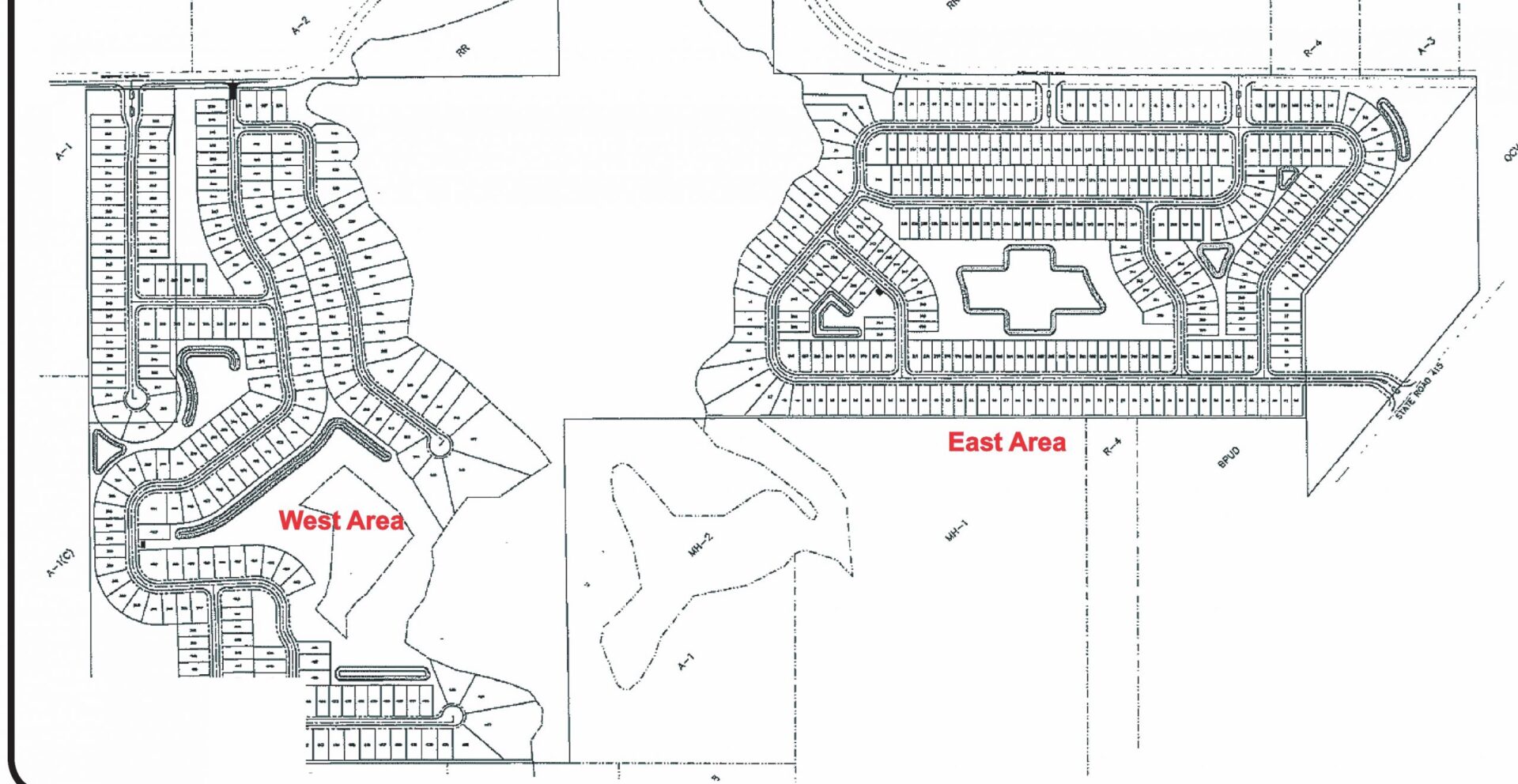 Despite pleadings from people who live in Osteen, the Deltona City Commission has taken the first steps that may bring more than 500 new homes into the southeast part of the city.

“I moved to Osteen for what it was, not for what somebody wanted it to be,” Wanda Van Dam said.

Van Dam said she had collected 716 petition signatures from neighbors objecting to the proposed development.

Nearly four hours of conversation — sometimes passionate — accompanied the commission’s initial approval of two ordinances to change Deltona’s growth-management plan, commonly referred to as the “comprehensive plan,” to permit the subdivisions to be developed on 225 acres along Enterprise Osteen Road.

“I was here before Deltona was here,” Glenda Ross, of Osteen, told the Deltona City Commission. “That’s not what we want.”

Ross and her neighbors say they fear the encroachment of intense urban development will threaten — and ultimately destroy — the quieter and slower-paced country life they enjoy amid the meadows and woodlands, cattle and horses of Osteen.

“We moved here for larger property. I have 10 acres,” one speaker said. “We want less neighbors. We want a country way of life.”

But the attorney representing the developer said people are needed in the area to support additional commercial development that could add to Deltona’s tax base.

The additional population is key, “if you want commercial,” according to Mark Watts.

Watts, a DeLand attorney, represents the owner and developer of the parcels, Courtland Acquisitions LLC.

The ordinances in question involve changing the land uses of the properties. Each of the ordinances passed on first reading Oct. 5 faces additional review by higher levels of government, before the Deltona City Commission may take final and binding action on the land-use changes.

Under state and local law, a change in land use must be reviewed by the Volusia Growth Management Commission and the Florida Department of Economic Opportunity.

That review process may take weeks or months to complete before the ordinances are submitted to the Deltona City Commission for the second reading and a final vote.

The City Commission acted upon each of the land-use ordinances separately, but the people who objected objected to both.

“Ninety-nine percent of the residents in that area do not want this type of development,” David Sosa, who is running to represent Deltona’s District 6 on the City Commission, said.

The first measure approved by the Deltona City Commission would alter the land use of 95.34 acres from County Rural to City Low Density Residential.

The land use now in effect was carried over from the time when Volusia County completed its comprehensive plan in 1990, five years before Deltona became a city and about 16 years before the city annexed the acreage.

This piece of property is known, for planning purposes, as Enterprise Osteen West.

Some of this property has wetlands, and another portion is within the 100-year flood plain. That worried resident Vicki Poole.

“Is another cookie-cutter housing development what Osteen needs or wants?” she asked the commission. “We are already suffering the effects of stormwater runoff. … I ask you to consider the impact on us.”

Currently, the Enterprise Osteen East tract has a mixed land use known as Osteen Commercial Village.

“We did not want that commercial,” resident Van Dam said.

Deltona seeks to change the Enterprise Osteen East land use to Transitional Residential.

Each of the tracts would feature clustering of the homesites, whose standard dimensions will be 40 feet wide and 120 feet long — less than half the size of most of the older home lots in Deltona.

“When you’re stuffing that many homes into a small area, it’s urban sprawl,” Elbert Bryan, of Deltona, said.

The vote on Enterprise Osteen East was 5-2 in favor of the land-use change. McCool and Commissioner Loren King opposed the measure.

“Our voices are not being heard,” Ross said. “We’re Osteen.”