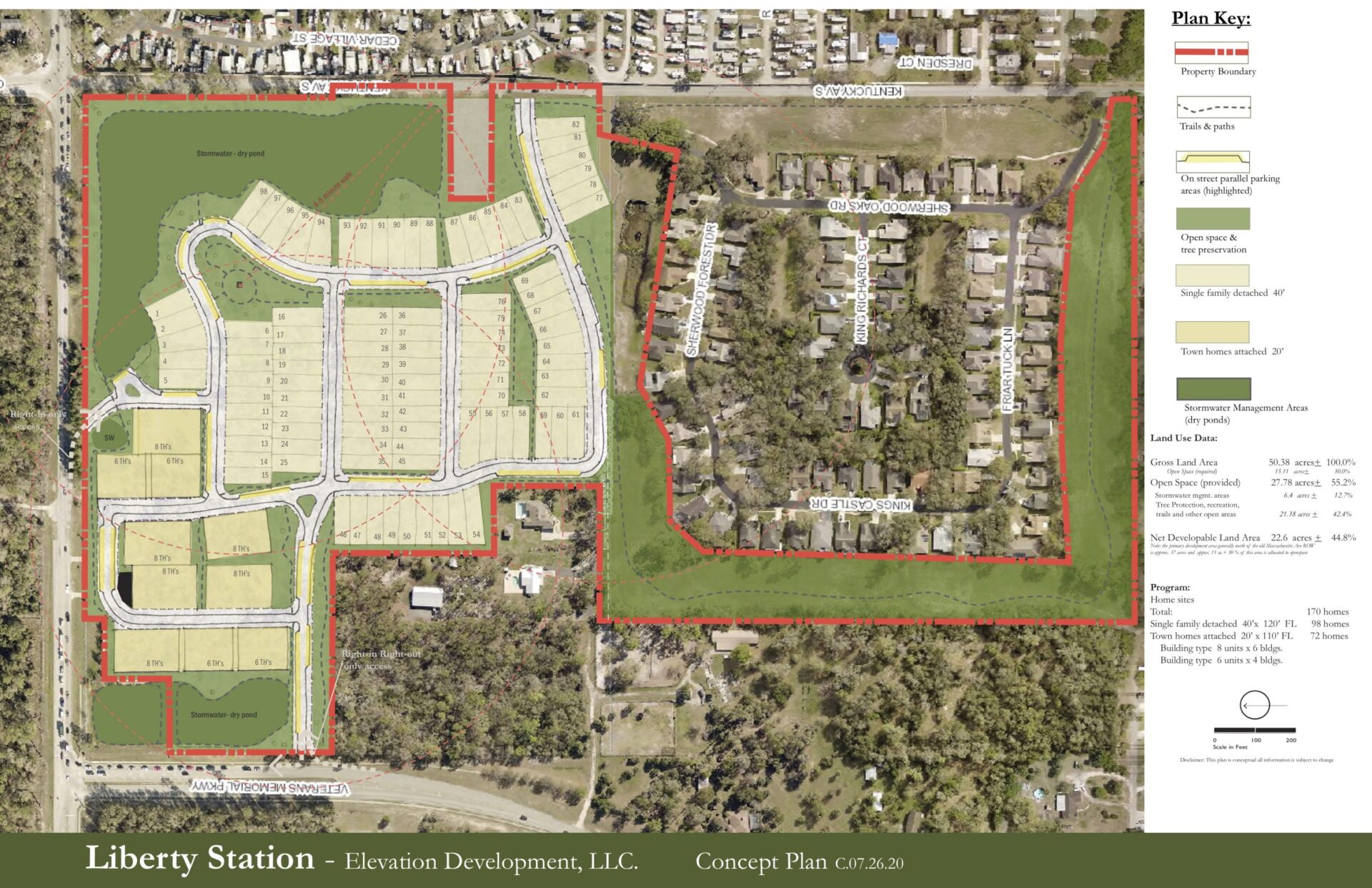 More housing is on the drawing board for Orange City.

This latest development of 170 homes is aimed at newcomers and rental families who are trading upward.

An Orlando developer proposes to create the neighborhood at the busy intersection of East Graves Avenue and Veterans Memorial Parkway.

The project, a planned-unit development (PUD) known as Liberty Station, would put 98 single-family houses and 72 town houses on 50 acres in the southeast corner of the intersection.

The Orange City Council will act on the rezoning for Liberty Station at its meeting Tuesday, Oct. 13.

The developer, Elevation Development LLC, proposes to set aside 27 acres — more than half of the parcel — as green space. Some of the green space is part of an old golf course.

Orange City earlier this year spent about $50,000 on temporary repairs for the safety of those using the road, and a study on the future of the roadway is now underway. One suggestion is to establish a special-assessment district for the repair, improvement and maintenance of the roadway, but the City Council is awaiting a consultant’s study.

Liberty Station will also have its electrical, telephone and cable-TV lines placed underground.

Before development may occur, the property will be checked for endangered, threatened or protected species of wildlife, such as gopher tortoises.

Orange City’s planning staff included in their report for Liberty Station a notation that “no wetlands or scrub jay habitat [were] detected.”

However, gopher tortoises were seen.

“Gopher tortoise burrows were detected on site, and the upland habitat is suitable for their burrows. A 100 percent gopher tortoise survey will be required 90 days prior to construction and permitting. If more than 25 burrows are found onsite during the survey, the applicant may need to survey the site for the Eastern indigo snake,” the planning staff noted.