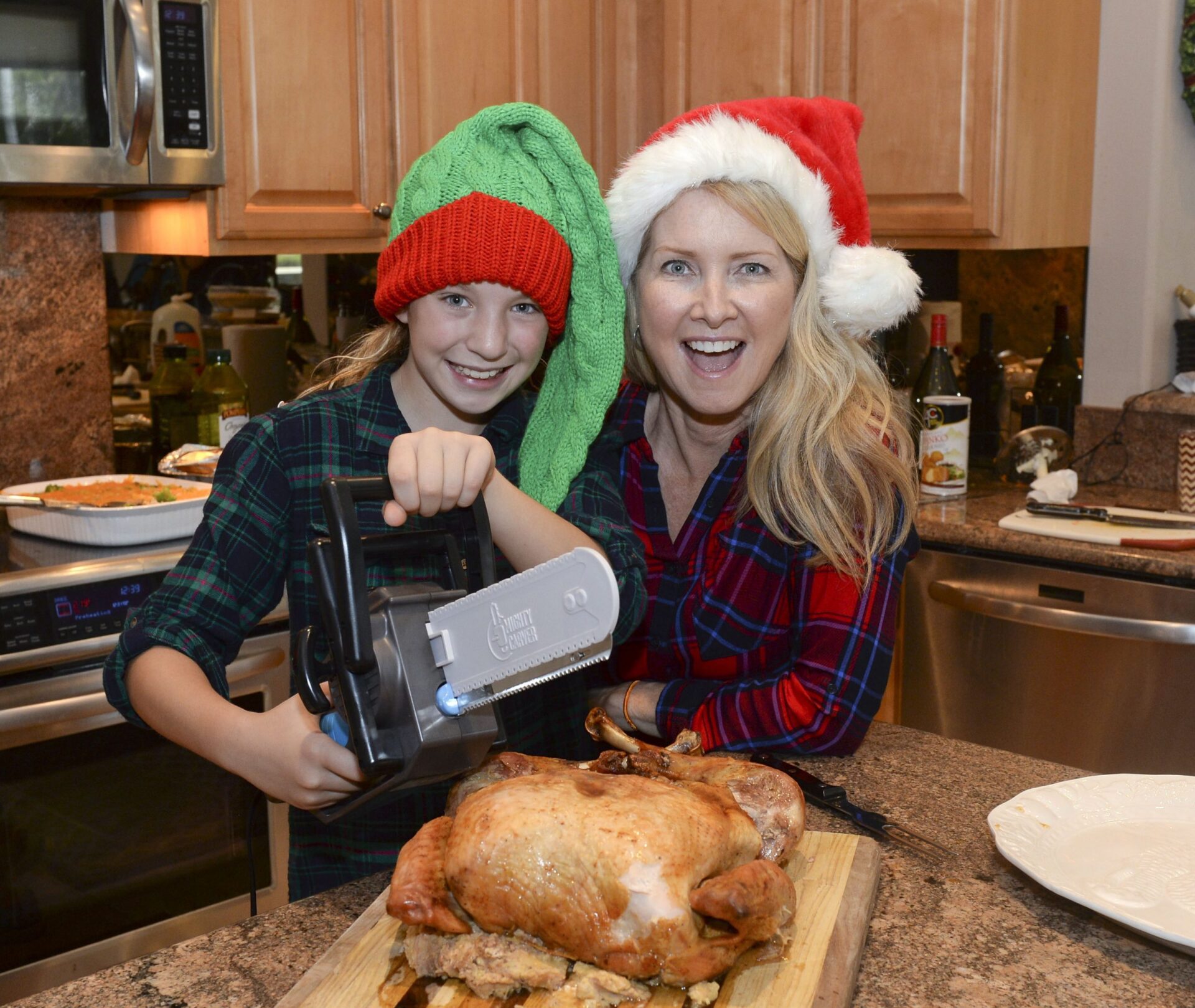 Two years after they started selling an electric knife styled to look like a chain saw, a DeBary couple are headed to national television to pitch their invention to the world.

Kim and Lance Burney are the creators of the Mighty Carver electric knife. After selling nearly 5,000 units in 2019, they are making an appearance on ABC’s Shark Tank, where contestants pitch products to a panel of prominent investors.

Kim Burney said she had the idea for the knife in 2018, after her grandfather passed away.

“My grandfather always carved our Thanksgiving turkey,” she said. “We needed to figure out a new way of making it fun, and my husband, my brother, all the guys, they love using power tools.”

The Shark Tank episode has already been filmed. It will air at 8 p.m. Friday, Nov. 6, on ABC.

The Burneys said the opportunity to bounce ideas off of some of the nation’s most well-known entrepreneurs — known on the TV show as “sharks” — was very exciting.

“They have a track record of helping entrepreneurs with things like marketing and e-commerce,” Kim Burney said. “We’ve done a lot ourselves, but we kind of wanted a soundboard from people who went through it.”

Shark Tank, now in its 11th season, has been on the air since 2009. Entrepreneurs either apply or are selected to appear before a board of “sharks” to show off their inventions. In its time on the air, according to ABC’s website, the investors have made $100 million worth of deals with entrepreneurs.

Kim Burney said the current season has seen more than 30,000 applicants, but in their case, a scout found them through the International Home + Houseware Show in Chicago.

“We were scheduled to go this past March, but they canceled due to COVID-19,” she said. “That’s where they were going to see us and talk to us about that.”

When the scout asked if they were interested, the Burneys said, they leapt on the idea and immediately began marathon-watching past episodes to get an idea of what they were in for.

“We wanted to make sure that the questions that were asked were ones we had answers to,” Kim Burney said.

The Burneys have lived in Central Florida for years, but moved to DeBary in 2018. With family all around them, including their grandson who goes to DeLand High School, they said, they’re here to stay.

Beyond the Mighty Carver, Kim Burney said they have plenty of plans in the works.

Her advice for entrepreneurs trying to make it big? Keep at it.

“There’s times that you do feel like giving up, like ‘oh, am I wasting my time?,’ but if you believe in what you’re doing, just keep trying,” she said. “It’ll happen. We don’t know what the future holds, but it looks bright.”

Did any of the sharks bite on investing in the Mighty Carver? The Burneys aren’t allowed to say. You’ll have to tune in to find out.