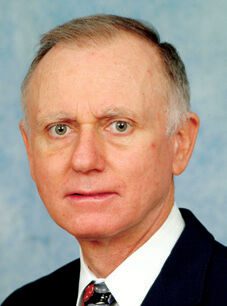 As we near the end of a fierce and brutal campaign for elective offices from the White House down to the courthouse, it is worth considering what — or who — controls the governments of this world.

Recall an old story that is as up to date as the latest cable-TV news flash.

Remember Jesus Christ’s encounter with Satan, just prior to the beginning of His earthly ministry.

When the two archenemies confronted each other in the wilderness, the devil challenged the Son of man to satisfy His 40-day hunger by turning stones into bread. After Jesus resisted the temptation, “the devil taketh him up into an exceeding high mountain, and sheweth him all the kingdoms of the world, and the glory of them; And saith unto him, All these things will I give thee, if thou wilt fall down and worship me.” (Matthew 4:8, 9)

Jesus rejected that offer, as well.

Note, too, that Jesus did not tell Satan the worldly domain was not his to give away.

The question for us, in this political season or in any season, is: Is Satan’s offer still on the table?

Is the devil ready and willing today to deal with people who covet power over other human beings?

Although Jesus turned down Satan, is the adversary still looking for people to advance to lordship over their own fellow mortals?

Can he create the conditions and influence others to accept “his anointed” as the champion or savior of a nation or the world?

Are there people today who are willing to trade their lives, their fortunes, their sacred honor, their families, their friends — and their eternal destiny — for what the devil is willing to give? And are the wannabe leaders willing to stop at nothing to get what they want?

Certainly, aspiring movers and shakers may not express their political dreams in satanic terms, but do you believe people who crave power are willing to resort to any and all means to gain it? Not only do they want authority over others, but they desire — and may even demand — worship and reverence from their underlings?

It may seem strange, even laughable, to those steeped in this “progressive“ age to consider a supernatural force at work in the politics of this world. After all, the devil’s greatest success has been to convince people that he does not exist.

If there is no evil super being, how does one explain the rise and rule of the likes of Hitler, Stalin, Tojo, Mao, Pol Pot, et al.?

Is there anyone in the political arena willing to deal with the devil? Would you trade your soul and your stake in eternity for something tangible and temporary here and now?

Are you a candidate for advancement in Satan’s empire?