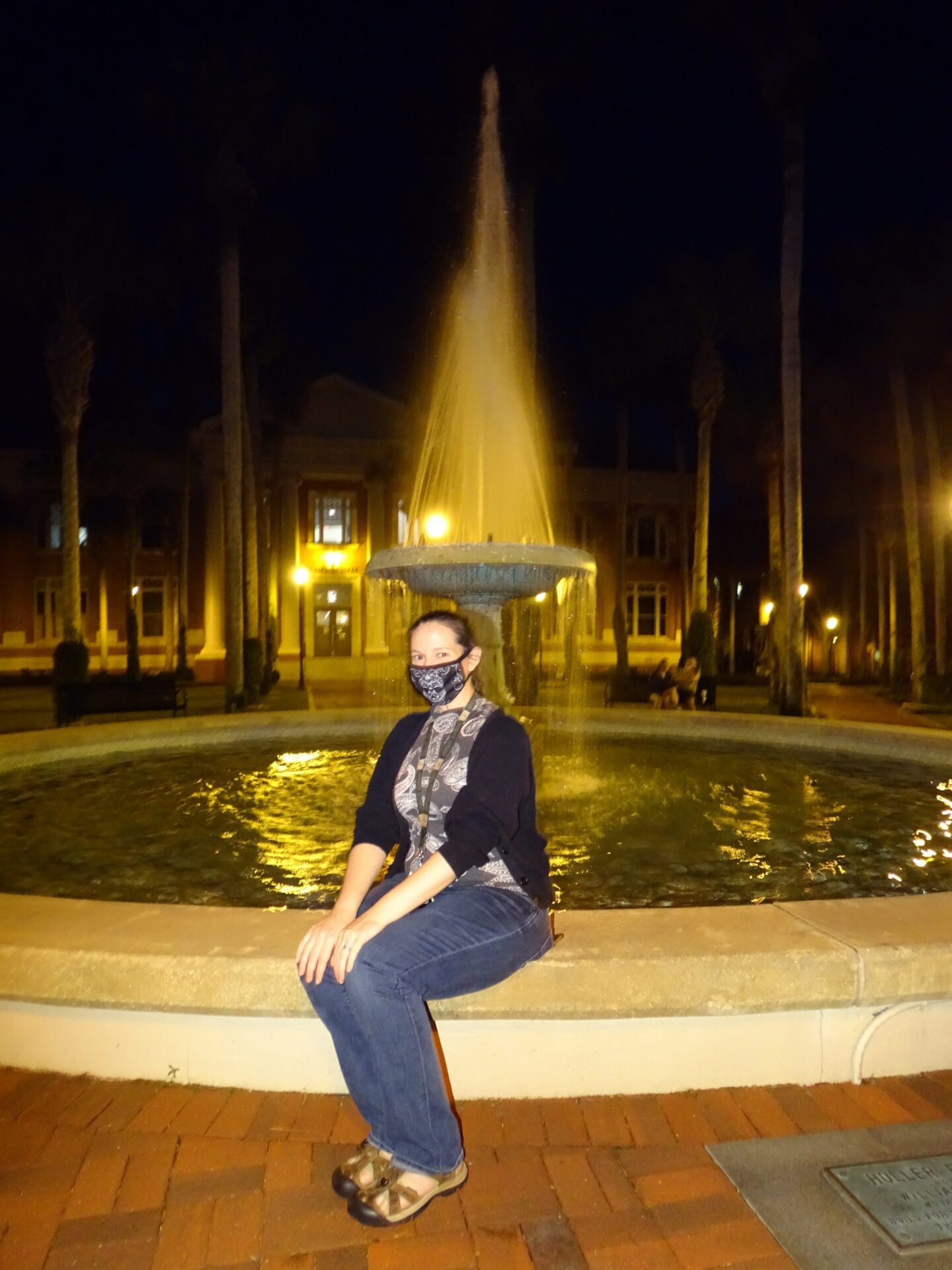 Stetson University’s second annual Haunted History tour took students and others to the sites of various campus urban legends, and The Beacon was invited to come along.

The walking tour was co-coordinated by Stetson University’s Library Archivist Kelly Larson, a history buff, who said her focus was on teaching some campus history by way of spooky stories.

“This is my hook to get people to take a historic walking tour,” Larson said with a laugh. “Because our historic campus has some ghost stories, legends, and tales of scandal that have been circulating over the years, we thought, what a fun way to introduce the history.”

The stories include tales of murder, infidelity, and run-of-the-mill ghosts. Larson said many of the stories have been disproven, or are based on hearsay, but that doesn’t explain the many accounts from alumni and faculty of unexplained — and possibly paranormal — experiences.

One of Stetson University’s suspected haunted buildings is Elizabeth Hall, the home of the university’s pipe organ, which was installed in 1961.

“Elizabeth is the site of a lot of ghost stories on campus; you spend a little time inside, and you understand why,” Larson said. “I think it’s because the history is palpable. You can attend a class in this old building and imagine the people that were there before you were, and imagine what life could have been like.”

She said some believe the building is haunted by the ghost of its namesake, Elizabeth Stetson, the third wife of the university’s founder. Some alumni, according to Larson, have claimed they heard the organ playing when they were alone in the building, or they saw a woman in early 1900s clothing ascending the stairs and suddenly disappearing.

Another supposedly haunted building on Stetson’s campus is Chaudoin Hall, once an all-girls dormitory, which was the site of a breakin that resulted in the death of Grounds Secretary P.D. Edmunds in 1930.

Larson said she has heard stories of students hearing their door handles moving in the middle of the night, as if someone is trying to enter the room. When the residents opened their doors, no one was there.

One of the students on the tour, freshman Mara Kilpatrick, lives in Chaudoin Hall, and gasped when Larson told this story.

“That happened to me on my first night in the dorm!” she said.

Kilpatrick told The Beacon she joined the tour because she is a big fan of ghost stories. However, after hearing a story about her own dormitory, she said she was sufficiently spooked.

The tour group also included DeLand lawyer and Stetson alumni Basyle “Boz” Tchividjian and his wife, Lydia. The two met as students at the university, and both graduated in 1990.

“I think the campus lends itself to these kinds of stories,” he said, adding that it was fun to see buildings he was so familiar with in a new, spookier light.

Throughout the tour, Larson shared some debunked stories that have been shared by the likes of paranormal “experts” and in online blogs. Even as a fan of ghost stories, she said, she likes to contextualize where they come from.

“One of the interesting things is the ghost stories are never of people that are still in living memory. It takes a little while before somebody is credited with haunting the place,” she said. “We want people to think about where stories come from. Stories that grow organically over time, but it turns into a full fledged ghost story over the course of a decade.”

Larson said the haunted tour will happen again next year, and she asked The Beacon not to share all of the university’s haunts, so as to preserve the mystery. Alumni, she said, and others with their own scary Stetson stories should contact her at archives@stetson.edu.

Your story may just make it into future tours!