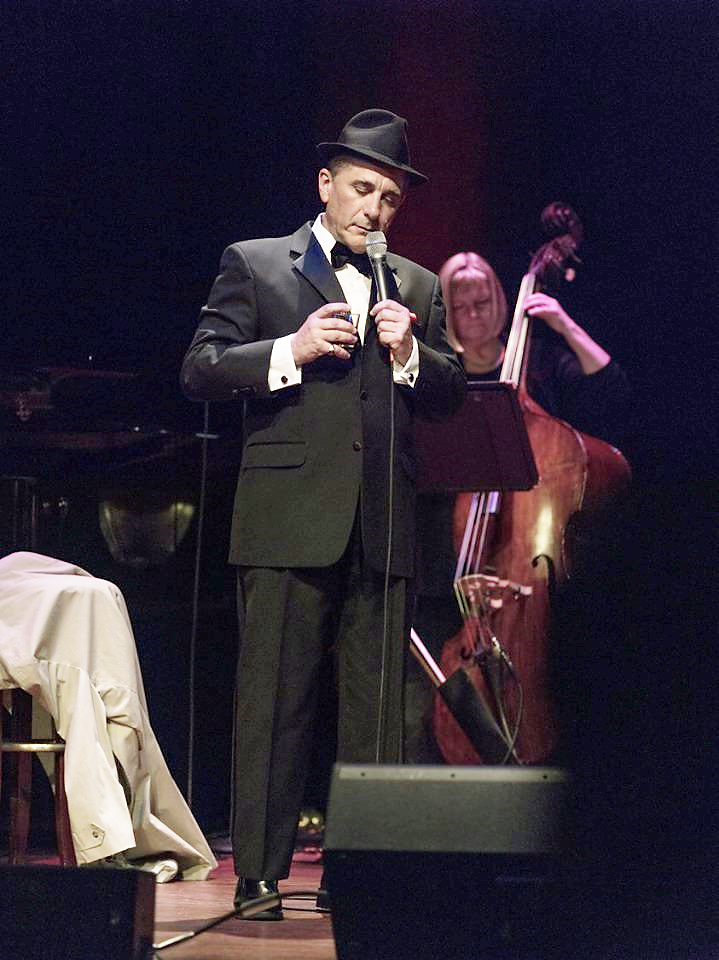 On Wednesday, Nov. 11, the Athens Theatre in DeLand invites you to come see “It Was a Very Good Year,” a multimedia tribute starring Tony Sands as “The Voice.”

This musical journey tells the tale of the life and times of Frank Sinatra. From the early days with Tommy Dorsey, to the bright lights of New York City, the silver screen of Hollywood, and the “Main Event” comeback, Sands sings all Sinatra’s best-loved songs.

“It’s not just somebody going out there and doing his music — we tell a narrated story, with multimedia projections at six different points in Sinatra’s career,” said Sands. “We start out with the big-band era, and we end up at Madison Square Garden 1974, when Sinatra came out of retirement.”

Lifelong Sinatra fans are startled when they hear Sands start to croon. Sands first recognized his knack for emulating Ol’ Blue Eyes when he was a teenager.

“I never tried to change my vocals to imitate or impersonate Frank. It just came out naturally,” Sands said.

For more than 20 years, Sands has been perfecting his act and wooing audiences throughout the United States, with his silky, mesmerizing and tantalizing renditions of the Chairman of the Board’s song stylings.

“People love the show,” said Sands. “They really don’t expect what they’re going to be seeing. It really is like a one-man musical.”

If you don’t feel the song, it won’t get across to the audience — and every song Frank Sinatra sang, he projected that feeling … and that’s the same way Sands performs Sinatra’s songbook.

“It Was a Very Good Year” will be performed at 8 p.m. Wednesday, Nov. 11, at the historic Athens Theatre, 124 N. Florida Ave. in Downtown DeLand.

The theater has taken numerous precautions to ensure the safety of its patrons, staff, volunteers and performers.

To purchase your tickets in advance or to find out more information, visit the Athens Theatre website at www.AthensDeLand.com or call the box office at 386-736-1500. Box-office hours are 1-5 p.m. Wednesday-Saturday, and 1 1/2 hours before live performances.