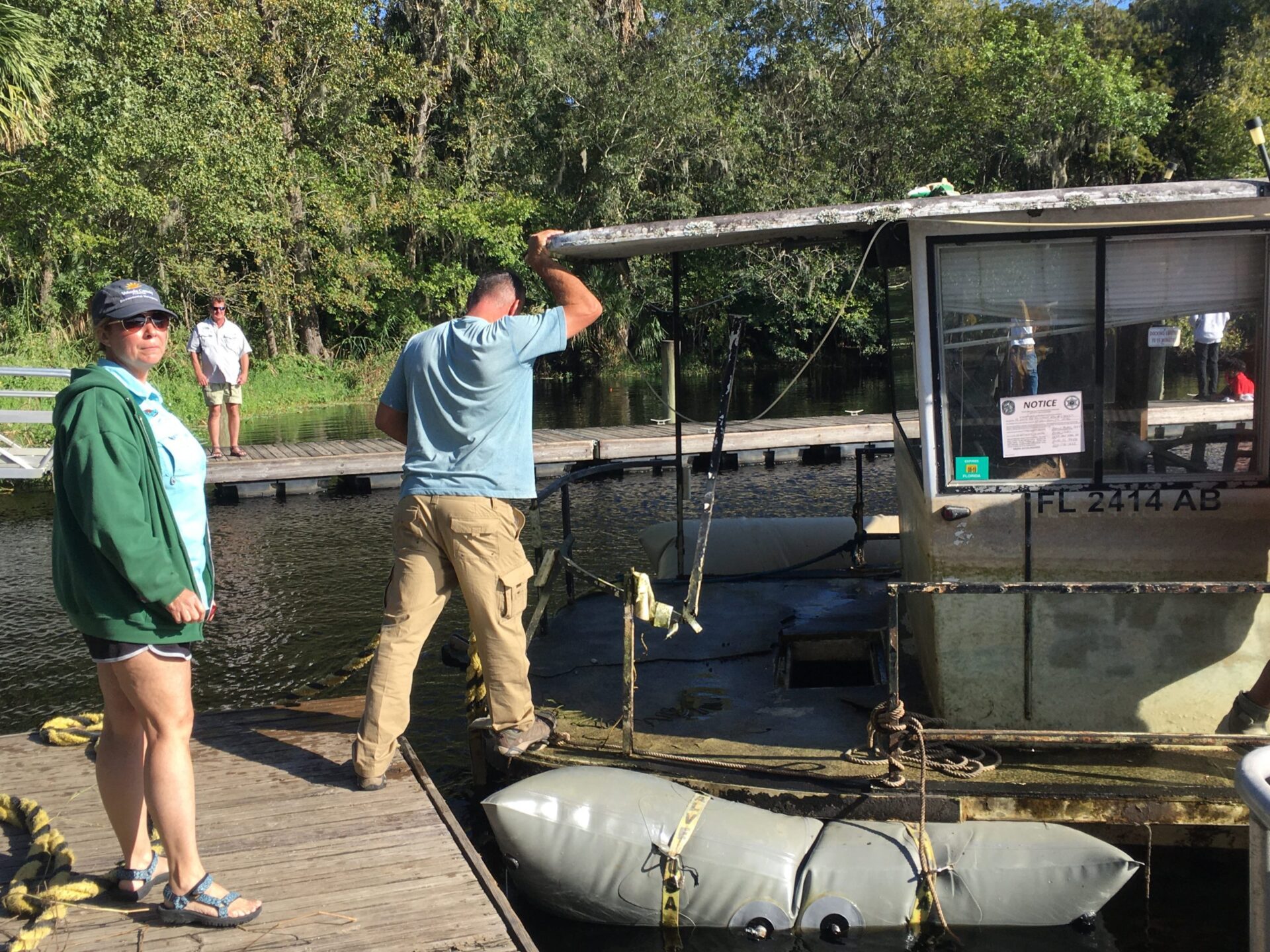 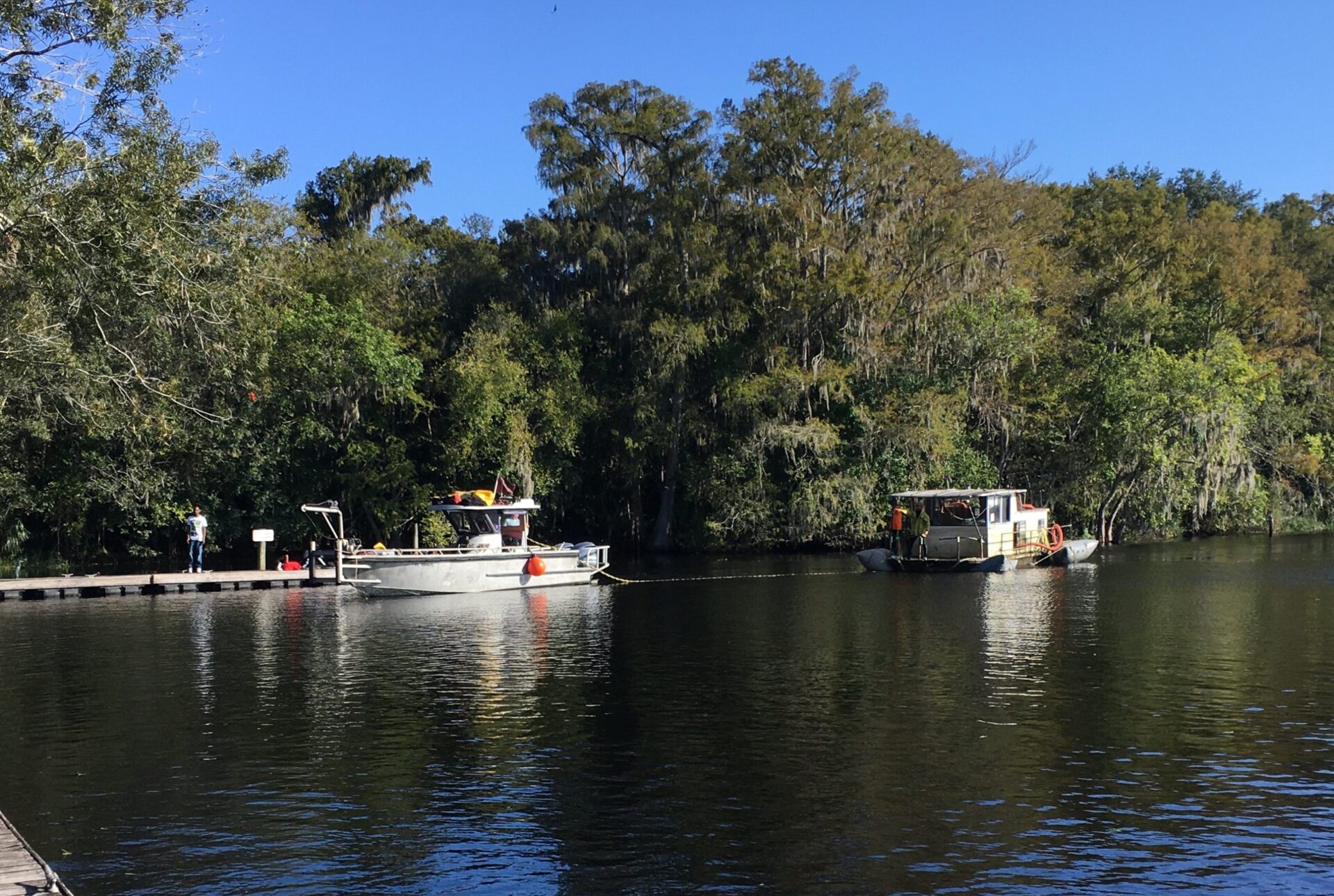 Thanks to a grant from the Florida Fish and Wildlife Conservation Commission, Volusia County is pulling five derelict boats out of the St. Johns River and hauling them away for disposal.

“I started working on this a year ago,” said county environmental specialist Sondra McCulloch, who supervised the removal of the vessels. “This is a first for the county.”

Volusia County secured $47,160 from the FWC for the effort to make the river safer by removing navigation hazards and possible sources of environmental contamination. Each of the boats being removed is in a deteriorating state, all of them having been left on the river by their former owners.

“We can’t publish the names, but FWC has already pursued them legally,” McCulloch said, noting the state agency would like to recover the expense of taking away the wrecked boats for crushing at the Tomoka landfill.

The effort to get the run-down vessels out of the river began Nov. 2 and will continue daily until all five boats are gone.

“We just have to make sure there is not any oil or pollutants,” McCulloch added.

Two of the abandoned boats, a sailboat and a fiberglass houseboat, were on the river in DeBary; another boat, a fiberglass sailboat, is west of DeLand near Highland Park Run; another vessel, a 26-foot cabin cruiser, is in the Ziegler Dead River near Lake Woodruff; and the last, a homemade houseboat, is in Lake George.

McCulloch said the county had identified seven derelict boats for removal from the St. Johns River, but the grant will cover the cost of getting rid of only five of them.

The county is contracting with TSI Disaster Recovery LLC, of Bonita Springs, for assistance in the project.

McCulloch said the county hopes to secure a similar grant next year to remove more wrecked and unclaimed vessels from the St. Johns. While this is the county’s first such effort on the St. Johns, she said, coastal cities such as Daytona Beach have from time to time removed abandoned craft from the Halifax River.