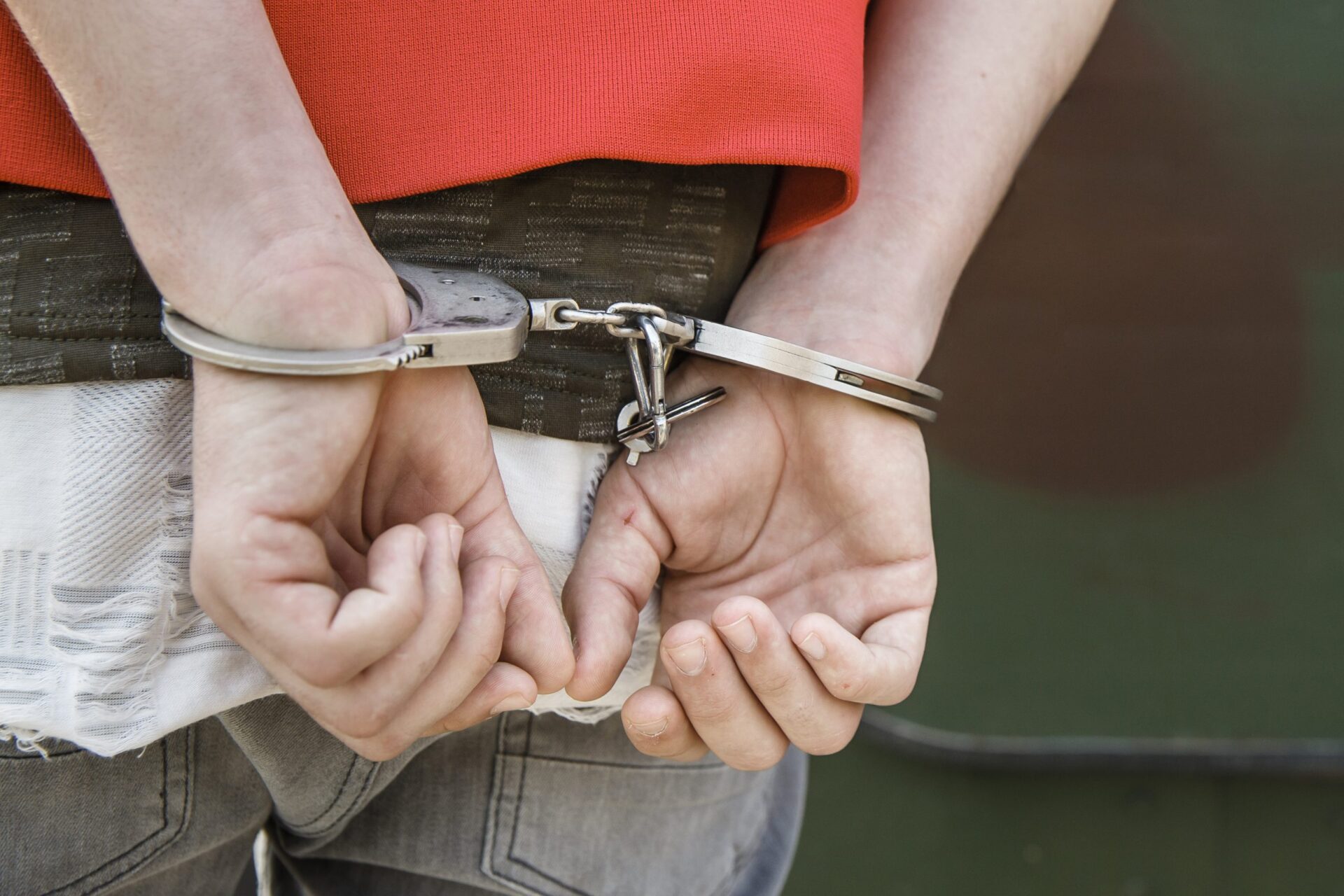 Florida has seen progress in reducing the number of juveniles who are arrested, but the problem persists. Each year, hundreds of young people face jail time and a criminal record for offenses that once would have gotten them grounded by their parents or sent to the principal’s office at school.

Despite programs designed to keep them out of jail, these youths who are arrested find themselves caught up in the tangled web of juvenile justice. They face a higher chance of being arrested again, and their incarceration costs taxpayers thousands of dollars more than other solutions.

“When you see how kids get lost in the system sometimes, if there is a chance we can save even one of them from that, we have to do it,” New Smyrna Beach Police Chief Mike Coffin told The Beacon. “Ninety-eight percent is good, but I really want that 100 percent. If I lose that one kid, for not a good reason, I feel like we failed.”

Also hoping for 100 percent is a Volusia County group called FAITH — Fighting Against Injustice Towards Harmony. In 2017 and 2018, the coalition of religious organizations got 17 law-enforcement agencies, including all 13 Volusia County police departments, to sign a memorandum of understanding pledging that officers would offer the civil-citation program to all qualified juvenile offenders.

Civil citations are a noncriminal alternative to arrest. Under the terms of a civil citation, for example, a youngster may be required to make restitution to a victim, complete classes, or participate in counseling.

The goal was to have at least 80 percent of eligible offenders issued citations instead of being arrested.

“Our children, especially the children of color, are being criminalized. Arresting children for childish mistakes introduces them into the criminal-justice system while offering no help or hope of intervention,” FAITH Co-Chair Pedro Dash said. “As people of faith, we believe in redemption and forgiveness.”

The role of domestic violence

Many juveniles who are arrested have been involved in what law enforcement calls “domestic violence.” It could be two brothers hitting each other, or a child hitting a parent.

Of the number of juvenile first-time offenders arrested by the Volusia County Sheriff’s Office in fiscal 2018-19, 36 percent were involved in domestic violence. Five of the juveniles were age 11 or younger.

For some agencies, the “domestic violence” label appears to disqualify a youth from being eligible for a civil citation. Not so in New Smyrna Beach, where Chief Coffin says there are more effective ways than arrest to handle the problem.

“Once we use de-escalation techniques on the situation, the individuals are usually amenable to a civil citation,” Coffin said. “That gets the juvenile in counseling much faster than the court system ever could.”

Little to no progress — except in New Smyrna Beach

An overview of the data reveals that many of the departments that signed the memorandum have made little to no progress in the past three years in improving the rates at which eligible juveniles are issued citations instead of being arrested.

Together these four agencies have 81 percent of the local encounters with first-time offenders who are eligible for civil citations instead of arrests.

The shining star has been New Smyrna Beach. In 2014, only 4 percent of citation-eligible juveniles were issued civil citations by New Smyrna Beach; in the past year, that increased to 98 percent.

Coffin was hired as police chief in New Smyrna Beach in 2015, and he came to the job with a strong commitment to keeping kids out of jail. He came from the Volusia County Sheriff’s Office, where then-Sheriff Ben Johnson considered civil citations for juveniles a top priority.

“In 2015, I made a commitment to a 100-percent rate of civil citations issued to eligible juveniles. I made that commitment as chief,” Coffin said.

He added, “It’s not only written policy — we have a culture that embraces it. A lot of people talk about transparency and other buzzwords, restorative justice. It’s one thing to talk about it, and another to do it.”

From September 2019 to August 2020, 49 out of 50 children who qualified for the program were given a civil citation by New Smyrna Beach, rather than arrested.

In contrast, the percentage of eligible children given a civil citation instead of being arrested by the Volusia County Sheriff’s Office has actually decreased.

From 2014 to 2018, the Sheriff’s Office gave civil citations in roughly 50 percent to 61 percent of cases in which the juvenile was eligible, according to the state Department of Juvenile Justice. From September 2019 to August 2020, that dropped to 40 percent.

In that most-recent time period, the Daytona Beach Police Department lagged even further behind — only 18 percent, or seven eligible children out of 40, were given a citation.

The DeLand Police Department also lags behind, but has shown improvement. In fiscal year 2015-16, only 5 percent — one eligible child out of 22 — was given a civil citation instead of being arrested. DeLand’s percentage of civil citations has gradually increased, and the most recent data shows around 40 percent — 13 out of 33 children — were given civil citations.

Overall, however, the three departments are well behind the county and statewide percentages, which are 59 percent and 62 percent, respectively.

Not a free pass for troubled youth

New Smyrna Beach’s Coffin said it’s important to understand that a civil citation is not a get-out-of-jail-free card.

“Most people who don’t know about it think it’s a free pass,” the chief said. “They think the kid gets their hand slapped and they’re right back to it. That could not be further from the truth. They have to complete the program, and if they don’t, they end up in the court system anyway.”

The victim of the juvenile’s wrongdoing also has a say.

“The victim has to agree to allow them to participate in the program, which they usually do when it is explained in the right way,” Coffin said. “There can be restitution involved, counseling. Really, they are much better off with it.”

A FAITH committee organized to analyze and promote juvenile justice undertook a review of hundreds of charging affidavits from both the Daytona Beach Police Department and the Volusia County Sheriff’s Office.

The group identified some clerical errors, which were fixed by State Attorney R.J. Larizza’s office and the clerk of court, but concluded “… the majority of the problem has been that the law-enforcement officers were just not writing civil citations, but are instead arresting children,” FAITH Co-Chair Pedro Dash said in October.

At an action assembly on Oct. 19 this year, Dash updated the members of the many congregations that comprise FAITH of their efforts to speak to Volusia County Sheriff Mike Chitwood.

“[Chitwood] asked for examples of cases that we thought an arrest should have been a civil citation. He agreed to meet with us a month later after we sent him these examples,” Dash said. “We did exactly what he asked. In response, we got an email from the sheriff wishing us well and saying that he and his department would no longer actively engage with the FAITH organization.”

“It is unacceptable for him to refuse to be with us,” Dash concluded. “We are after all a very large part of his constituency.”

The Beacon has reached out to Sheriff Chitwood regarding the Sheriff’s Office Juvenile Civil Citation Program multiple times.

The Sheriff’s Office indicated no desire to discuss the program with The Beacon.

Generally, an officer contacts a Florida Department of Juvenile Justice screening telephone line, who gives up-to-date information on the juvenile in question. The deputy then issues a civil citation, or does not.

If a qualified juvenile is not issued a civil citation, legislation dictates that the officer should explain why in the charging affidavit.

Ideally, all the cases are reviewed by DJJ and the State Attorney’s Office, who make the final determination.

An arrest would be sent to the clerk of the courts, while a civil citation triggers a plethora of possible actions, including restitution, mentoring, counseling, community services, and completion of classes.

The exact process can differ based on the policies of local police departments. In New Smyrna Beach, official policy includes several measures to ensure civil citations are issued: namely, it is New Smyrna Beach Police Department policy that officers issue a civil citation for a misdemeanor offense, even if the juvenile’s eligibility is unclear, and every report is sent to the chief of police for review.

“Every juvenile arrest is sent to me,” New Smyrna Beach Police Chief Mike Coffin explained. “I review that to make sure, if we didn’t issue a civil citation, that there is a good reason. And there are some valid reasons why you don’t, but in almost all cases my philosophy is to issue the civil citation.”

“If it turns out that a civil citation would not be the right option, the state attorney always has the option to cancel it. That’s really the more appropriate place to make the decision, rather than in the field,” Coffin said.

In Volusia, FAITH secured the help of current State Attorney R.J. Larizza to fix a duplication in the process.

“We realized officers would file a criminal complaint with our office and the clerk’s office, who would put it on the docket — in other words, make a record of it,” Larizza said.

A criminal complaint is basically a non-arrest affidavit: In other words, an incident did not lead to an arrest, but a complaint is still filed. The State Attorney’s Office is responsible for determining if the complaint should lead to charges.

When the complaint is also sent to the clerk’s office, the clerk files it into a docket, making a record where there might not necessarily need to be one.

“Now the criminal complaints only come to us — we look at them and determine if it is something that rises to any level, and if it doesn’t we don’t do anything with them. Or, we will determine it’s a civil citation, or that the person should be charged,” Larizza said.

“We’ve been able to salvage some civil-citation cases. I am grateful to FAITH for pointing this out, and grateful we are able to work on the process,” Larizza concluded.

Generally, juvenile encounters with cops are down

Overall, statewide numbers of juveniles, both those arrested, and those who are eligible for a civil citation, have also dropped dramatically in recent years, according to the Florida Department of Juvenile Justice.

There are several likely reasons for the drop. State legislation passed in 2018 expanded the role of diversionary programs for juveniles, and required each judicial circuit to adopt its own civil-citation program.

Locally, there could also be more informal counseling or referrals to community service, methods that are difficult to measure, particularly when an office does not discuss its informal policies with the larger community.

According to the latest data from the Florida Department of Juvenile Justice, while juvenile arrests have gradually decreased countywide, there are still more than 100 children ages 5 to 12 arrested every year in Volusia County.

This graph from the Florida Department of Juvenile Justice breaks down juvenile arrests by age in Volusia County.

This chart by the Florida Department of Health compares arrests in Volusia County to that of the state, using DJJ data. While the general trajectory is downward, Volusia remains well above the statewide average.

Florida’s Top Juvenile Prearrest Diversion Efforts 2019: An annual study by The Caruthers Institute, a nonprofit, nonpartisan think-tank supported by the ACLU, the Southern Poverty Law Center, and the League of Women Voters, among other organizations