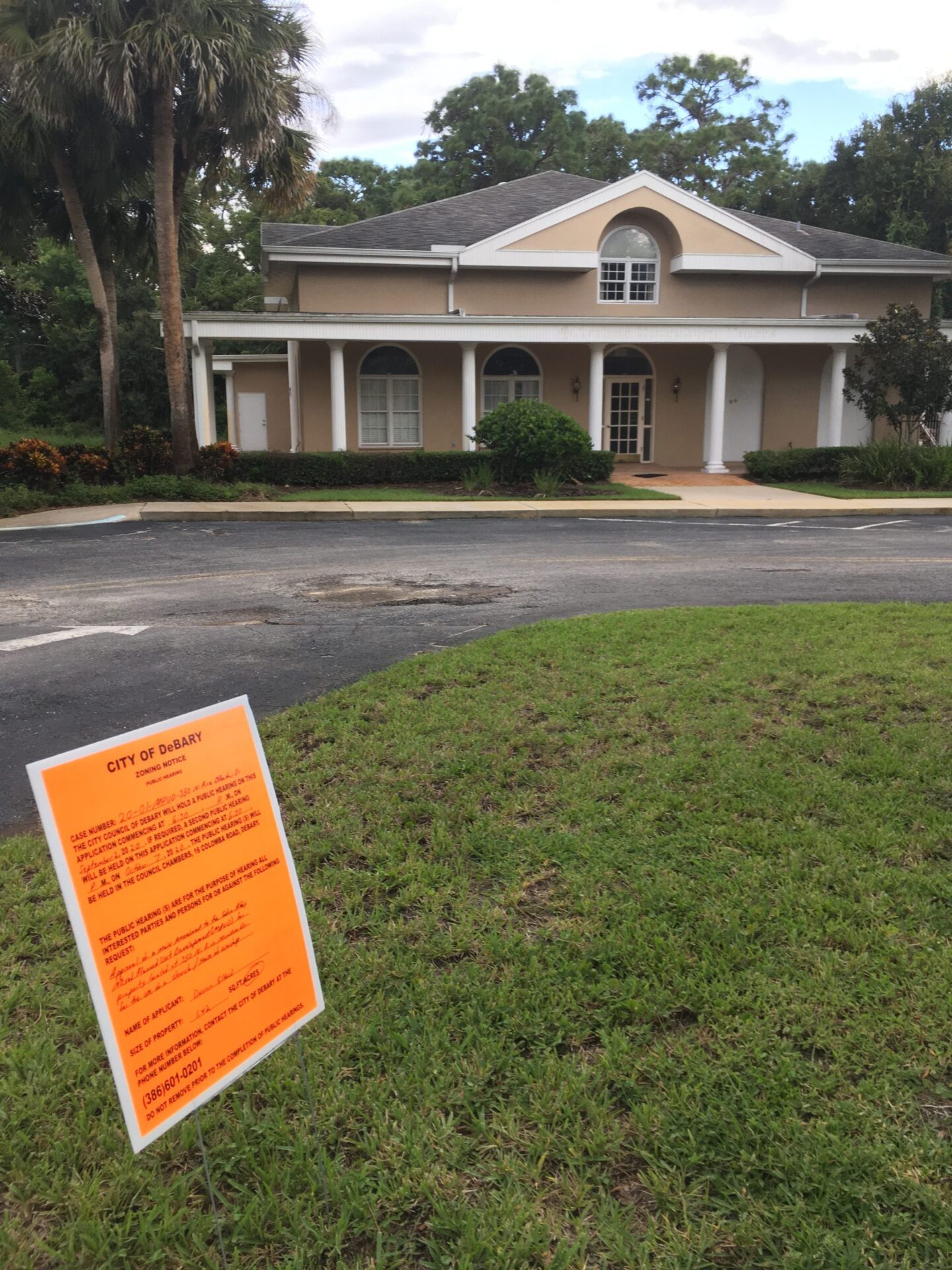 A small congregation is preparing to set up its place of worship in an established DeBary neighborhood.

The City Council has approved Heart of Christ Christian Church’s request to convert a former clubhouse in Glen Abbey into a meetinghouse.

“They are a fairly mainstream nondenominational Christian church,” DeLand attorney Darren Elkind said, representing the group in its application for a zoning amendment.

The approval of the church’s request came in the form of a change in the ordinance for the Glen Abbey planned-unit development (PUD). The council’s action clears the way for the church to renovate a now-vacant golf-course clubhouse at 350 N. Pine Meadow Drive not far behind a Walmart store.

DeBary Growth Management Director Matt Boerger said the amendment of the Glen Abbey PUD was legally necessary before the church could receive a permit for the remodeling. A city memorandum noted the applicant’s proposal to renovate the building’s interior and to use the building for worship is “compatible with the intended development of the area.”

Elkind said Yvette Evers, a member of the church, bought the building with the intention of remodeling it for her congregation.

“It’s my building,” Evers said. “It’s going to be remodeled by the end of the year.”

The name of the entity now owning the Glen Abbey building is Beyond Chance LLC. Evers said Beyond Chance is a nonprofit organization she formed.

“It’s just a name I came up with. It’s really an organization to help the people in the community,” she added.

Heart of Christ Christian Church, which formerly met at Gateway Center for the Arts in DeBary, relocated to Orange City and has most recently been meeting in Deltona. Before Evers acquired the Glen Abbey property, the church had considered building a new house of worship along West Rhode Island Avenue, not far from University High School.

The church now has about 20 people who regularly attend its Sunday worship services. One of the conditions for the approval of the church to renovate the clubhouse is “that no overflow parking be permitted within any adjacent public rights-of-way.”

Elkind and Evers said the church has no plans for “social work,” such as feeding the homeless, offering child care, or establishing a private school.