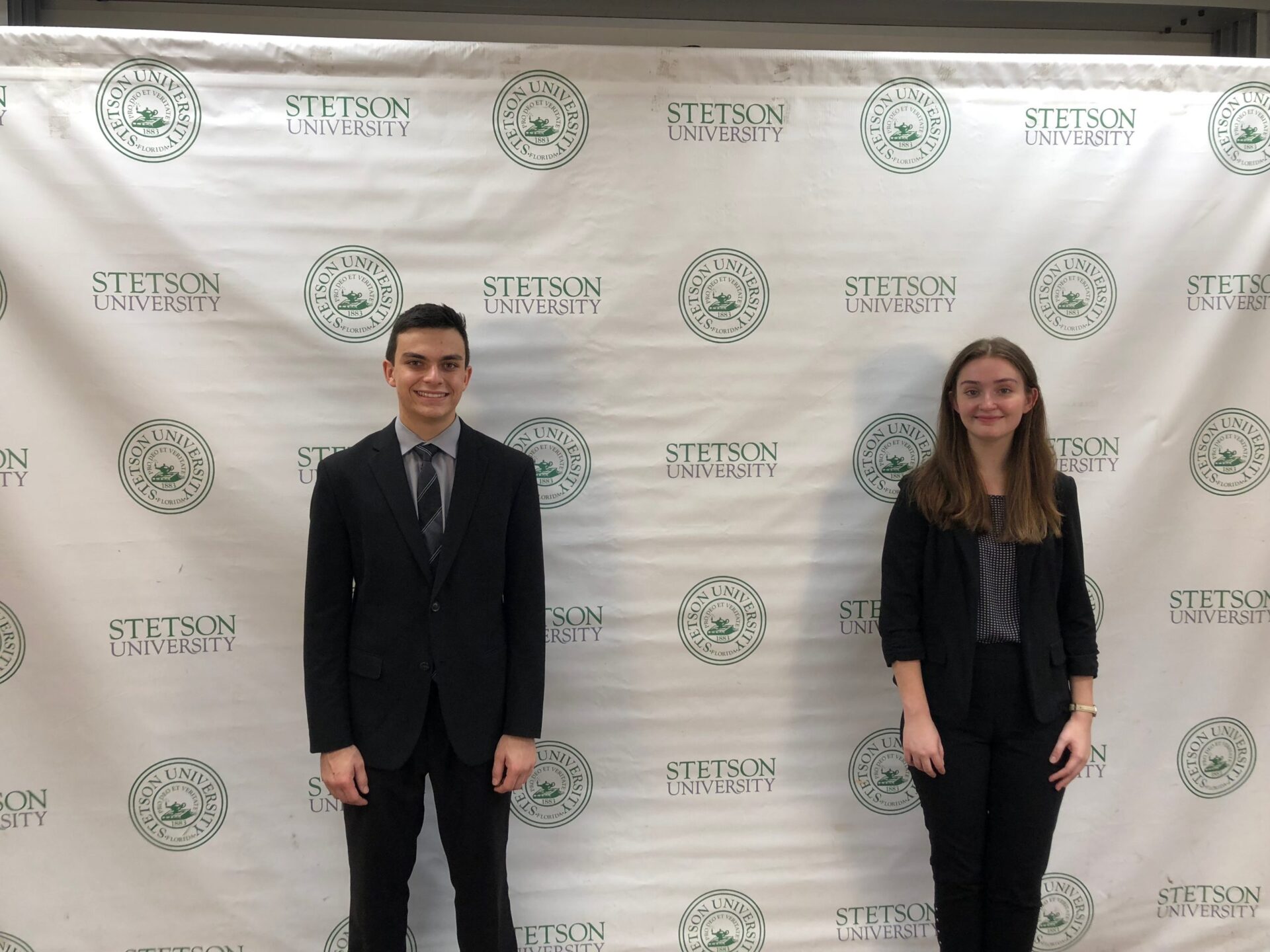 Stetson University students Abby Jagos and Zachary Blum won first place during the 18th annual Collegiate Ethics Case Competition in late October. The virtual event was hosted by the Eller College of Management at the University of Arizona.

The international competition, conducted virtually this year, is regarded by many as the premier undergraduate competition in business ethics. This year’s competition involved 30 teams, including some of the top public and private business schools hailing from the United States, Mexico, Europe and Canada.

The team members were Abby Jagos and Zachary Blum, who are in their second year as members of the Stetson Business Ethics Case Competition (BECC) Team, with Jagos serving as team captain this academic year. The competitively selected BECC Team consists of 19 students, each of whom will participate in at least one of the seven major competitions scheduled for this academic year.

Blum and Jagos were supported by team alternates Rebecca Hett, a junior from St. Augustine; Willem Slater, a junior from Orlando; and Kaley Urban, a senior from DeBary.

Faculty advisers for the BECC Team are Dr. Jim Beasley, Dr. John Tichenor and Dr. Areti Vogel, with Beasley serving as lead coach for this competition.

Stetson was the smallest university to field a team in the national competition, being one of eight private institutions that participated. The University of Florida was the only other participating institution from Florida.

Three weeks prior to the event, the teams were given a business case on 5G implementation in the European Union. Teams were asked to assume the identity of consultants to the European Commission and charged with evaluating the Toolbox prepared by the EU to guide member states in the advance toward 5G. Additionally, the consulting teams were asked to recommend whether Huawei Technologies should be included among the vendors for the implementation.

The teams then delivered a 20-minute presentation on the financial, legal and ethical implications of the challenge facing the European Commission.

“The outstanding performance of Abby and Zach on this international stage is both illustrative of the capability of our students and supportive of the core values of the university,” said Beasley, professor of management. “They have brought honor to themselves and to their university.”