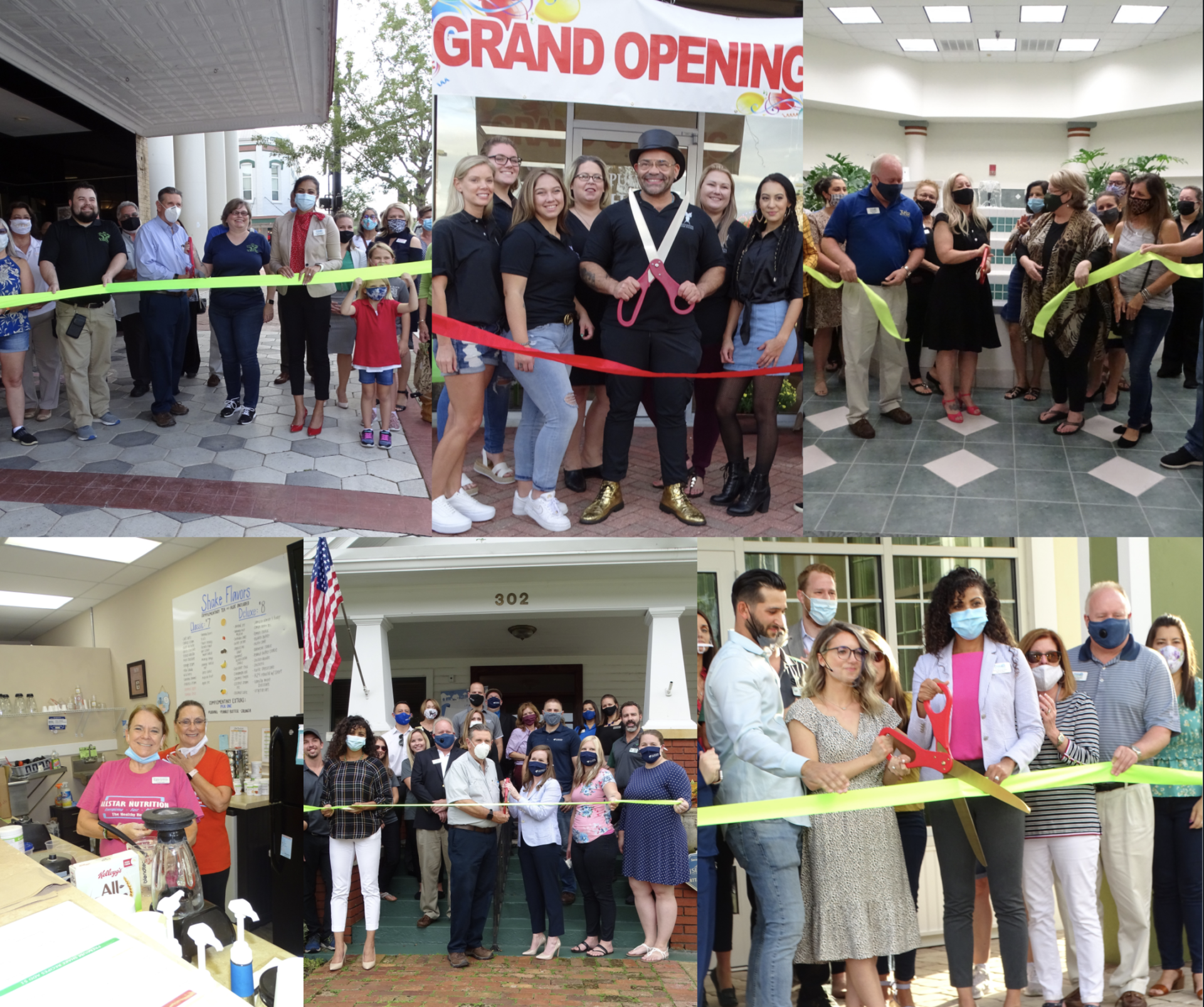 Despite the ongoing COVID-19 pandemic, businesses around West Volusia have been busy expanding, relocating and adapting their enterprises to fit the new reality around them.

In one instance, Anointed Olive, an olive oil and balsamic vinegar tasting store, recently moved into a new space in Downtown DeLand.

Owner Wendy LaRocca said she went in one day to pick up a pair of shoes, when Becker’s owner, Amy Becker, told her they were planning to leave their space.

“I had been having water problems at the other space, so we had just barely been talking about the possibility of a move when the offer of this space came up,” LaRocca said. “It wasn’t a pre-planned thing.”

Despite the pandemic causing some businesses to falter, she said The Anointed Olive’s move from one end of Downtown DeLand to the other has more than doubled their business.

“We only moved three blocks, but we get at least three times the foot traffic we did down there,” LaRocca said. “All in all, I would say it was an amazing move for us. We’ve truly been blessed.”

The owner of Allstar Nutrition, formerly located in Orange City but now based in a new DeBary location, also said the store’s move had positive effects.

Owner Karen Umstattd said the previous location was not working out, and pandemic or not, they had to move.

“We had no other way to go but up,” Umstattd said. “I was struggling.” Since moving, she said business has improved for her protein and energy drink bar. “The location itself has been very positive for us. We stay pretty busy.”

Since moving to her new location, 929 N. Spring Garden Ave. in DeLand, she said her business has improved greatly. Ray attributed some of that to massage therapy itself.

“A lot of people were in pain or in need and excited to get some relief,” she said. “Everyone’s stressed out, dealing with a lot. It’s a good way to release stress.”

The opening of Pure Alignment Chiropractic was delayed for a few months due to the pandemic, but owner Dr. Kat Burtis said business has been booming since opening in a Victoria Park location.

“When we first opened, we had 130 new patients on the books,” she said. “We’re booked through Thanksgiving right now.”

This method, Burtis said, relies on gentler motions that focus on the nervous system.

“We love the DeLand community,” she added. “We’re happy to take care of people that really need it right now.”

The business formerly known as Ryan Insurance & Financial recently rebranded to Guided Insurance Solutions, as well. Director of Operations Jennifer Hightower said the rebrand has gone along with the larger trend of providing more services virtually, rather than in person.

“More than ever, with our team going virtual, and that physical interaction being limited, we thought it spoke to the opportunity to use the virtual technology,” she said.

With everyone adjusting to online alternatives to typically in-person ventures, Hightower said they have tried to be flexible with their clients.

“We can still serve them virtually in the way they are normally used to seeing physically,” she said. “I think the key is we have had to adapt, but we’ve been able to do that very successfully.”