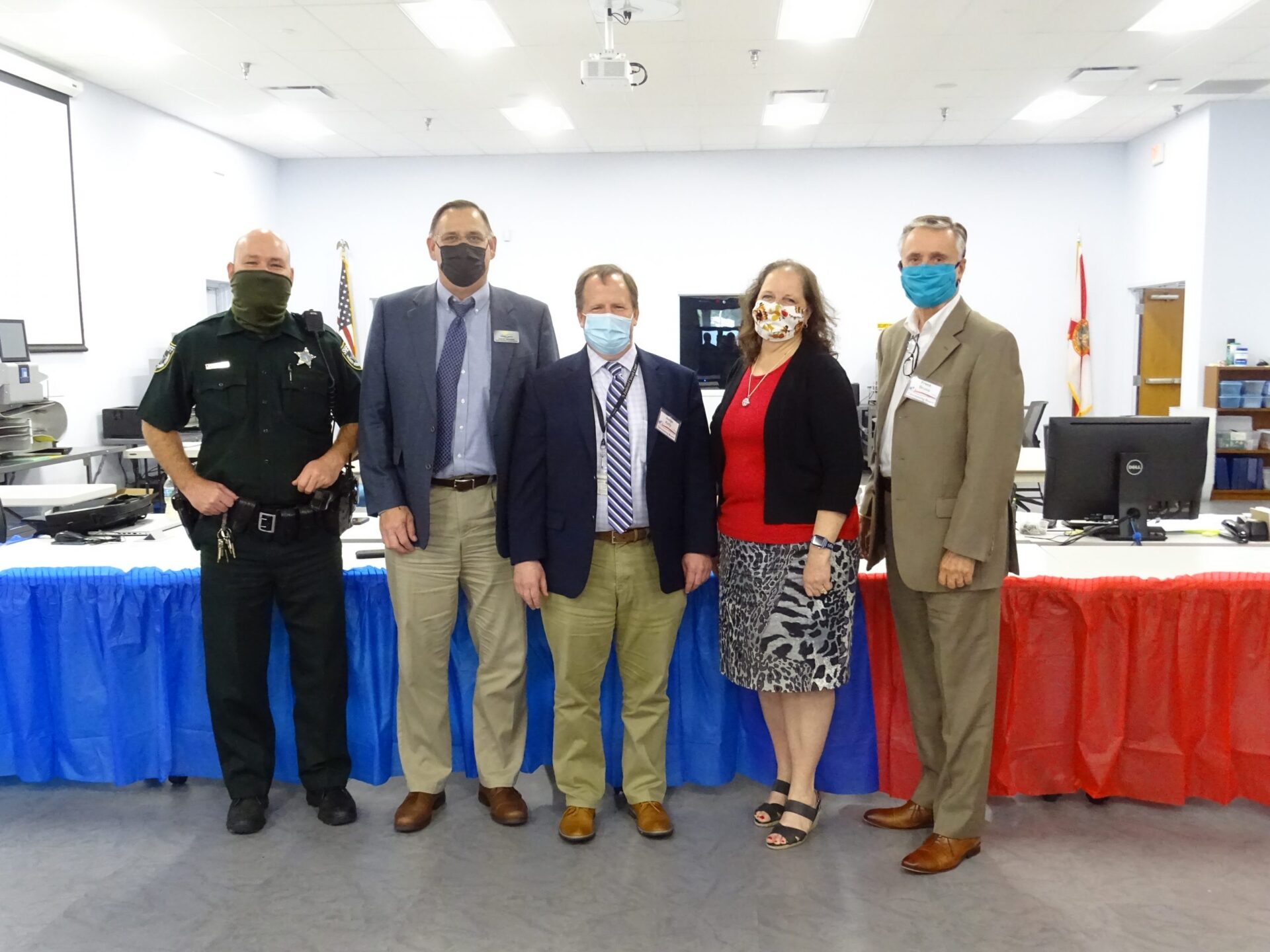 Yep, it’s true. Florida law dictates that a ballot signed and cast early by a voter who subsequently dies before Election Day is still counted.

Volusia County Elections Supervisor Lisa Lewis said there were three such cases in the Nov. 3 general election, out of 309,367 ballots cast.

Although the law is clear, Lewis said, these “zombie” ballots still get extra scrutiny.

“It kind of freaks everybody else out,” Lewis said. “So, they bring it to myself or my deputy and we look it up and check the dates very carefully.”

It’s one example of the lengths Lewis and her team go to to assure that Volusia County’s ballots are counted lawfully and accurately.

Lewis has heard it all. Fortunately, the county’s top election official is in a position to debunk the outlandish claims that have been peddled even by some federal officials.

“People have called and asked about what they’re hearing, and they’ve asked whether it could be true,” she said

Misconceptions range from voting machines not recording votes properly, to people abusing the vote-by-mail system to vote multiple times, to noncitizens being able to vote.

Lewis said there are checks and balances in place for all of these scenarios and more.

The process of evaluating any questionable votes is open to members of the public, who are welcome to sit in on the Volusia County Canvassing Board meetings, as the board conducts audits and other checks in the days following any election.

“Here in Florida, we have the manual audit afterwards where we verify, and we count by hand … to make sure it matches exactly our election-night results for all methods of voting — vote by mail, early voting and Election Day voting,” Lewis said.

The manual audit involves taking a random sampling of ballots for a given race, and counting them by hand. This process can involve a member of the public, if one is present at a Canvassing Board meeting.

“If there is a member of the public there, they will let someone choose the race,” Lewis said. “We have a card for each one, and they’re folded up and shook up, and then somebody will draw a race.”

“Every ballot that has to do with the precinct or precincts that were chosen, we pull all of those down and they’re all counted by hand for that race,” Lewis said. “Then that is verified by the Canvassing Board, that that is exactly what went through on election night.”

A similar process takes place when it comes to verifying the voting machines.

A random sampling is chosen for logic and accuracy tests. Again, if a member of the public is present, they are involved in the process, to assure that no official can choose a particular machine.

“Nobody can say that we’d say we’re going to test this one, because we know it works,” Lewis said.

Free of the internet

The server that accepts results uploaded from polling places isn’t connected to the internet. That pretty much eliminates internet-based hacking.

Results are transmitted from individual voting machines to the server via encrypted wireless communications.

“The only thing that’s plugged from that [server] is the power plug,” Lewis said.

There are similar checks and balances in place when it comes to mail-in voting.

A person has to request a ballot in the first place. That ballot is sent to the address the voter used when he or she registered to vote. The voter-registration process itself also ensures that only eligible Florida citizens can become voters.

Lewis said it’s impossible for someone who has voted by mail to vote again, whether by mail or in person.

“When that ballot is returned here, every signature is verified to match what we have on file for that voter,” she said. “Once we have received that, that voter’s record is marked as having voted, so another [ballot] cannot come in. They can’t send us another vote-by-mail [ballot], they can’t go to early voting and vote, and they can’t vote on Election Day.”

At the end of the day, Lewis points out, changing the results of an election would involve a massive conspiracy involving large numbers of people at the Volusia County Department of Elections or at a polling site — or both.

These individuals, she pointed out, come from a variety of political affiliations. To change the results, these diverse individuals would all need to work together to make shenanigans happen.

While fortunately, no threats of violence have been made against Lewis or members of her staff, the divisiveness and misinformation that circulate are disheartening.

“It’s really sad that it is so divisive right now, because there are such good measures in place for putting on a fair, transparent, honest election,” she said. “Especially here in Florida.”

The state learned a lot of lessons from the fiasco of the 2000 “hanging chad” election, and the troublesome equipment that caused those hanging chads, along with other problems, are a thing of the past.

Lewis said the misinformation is especially disrespectful to the hard work poll workers put in on Election Day.

“They’re more or less telling anyone that does this that all of these people are nothing but cheats, and that’s so not true,” she said. “[The election staff] believe that they’re working for the people. Especially for the poll workers, it’s a 14-, 15-hour day, and they’re certainly not in it for the money. They’re in it for the process, and making sure that everyone who has the opportunity to vote and is eligible to vote does so.”

Lewis encourages anyone with doubts about the election process to ask questions and get involved, whether it be through attending Volusia County Canvassing Board meetings or even becoming poll workers themselves.

Please, stand up for us

Lewis hopes elected leaders at all levels will take a more prominent stand in defense of our democratic system.

“I hope that some of the elected leaders, whether it be at the federal level, state, county, or even local governments, take a stand and say, ‘This is our system, and it works,’” she said. “You cannot have two winners. Whether you’ve counted everything by hand, or your faith is in these machines that we’ve tested … there’s going to be a winner, and then there’s a loser.”