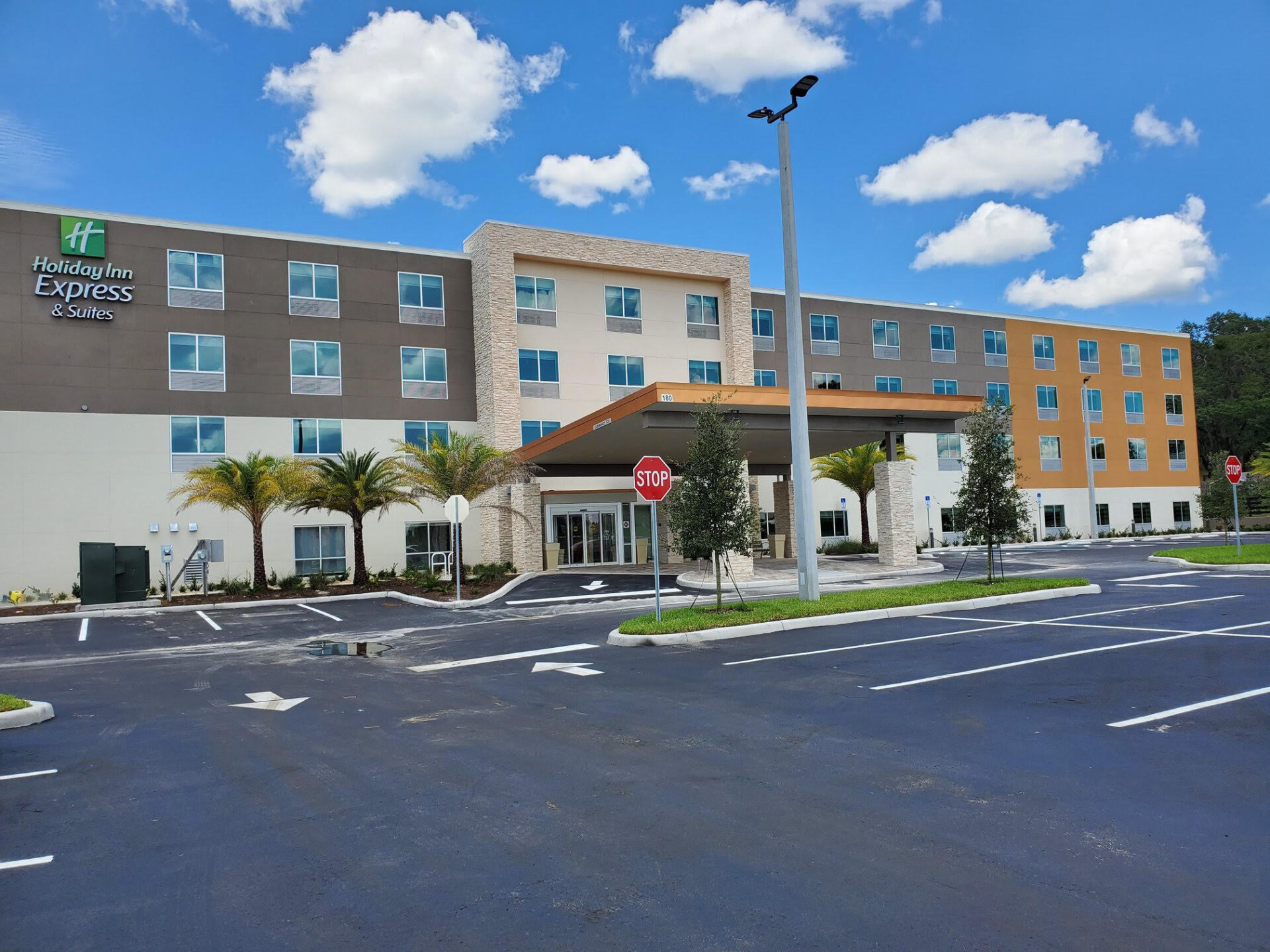 West Volusia businesses, like their counterparts across the nation, faced many challenges in 2020 because of the coronavirus pandemic. Many weathered the storm through luck and perseverance, albeit with varying periods of difficulty, but an untold number simply closed their doors forever.

And, despite the less-than-ideal circumstances, a substantial number of new businesses opened.

As we gear up for 2021, let’s take a look back at some of the more significant — and positive — business stories from this year that were covered by The West Volusia Beacon.

One of the more visible additions to the local business scene is the 92-room Holiday Inn Express & Suites DeLand South, which opened Aug. 9 on the north side of the Country Club Corners shopping center. The new hotel is a full-service facility, according to its website, which touts that it is “located within minutes of all that Historic DeLand has to offer.” The hotel offers free parking for guests, as well as free Wi-Fi, an on-site fitness center and an indoor pool.

Other new businesses include a Dollar General store at 800 Fort Smith Blvd. in Deltona that opened in February. A new DQ eatery opened in March at 70 N. Charles R. Beall Blvd. in DeBary, franchised by the same company that brought DQ back to DeLand in 2016. An Insight Credit Union branch in Downtown DeLand was scheduled to open in March, just as the pandemic shut everything down. (Although the office never opened, an ATM is functioning there.)

Orangetheory Fitness, on the east side of the Country Club Corners center, opened in mid-March but shut down about 10 days later because of the coronavirus, then reopened May 25. Southern Styles Dog Grooming opened in November in a small strip center on North Spring Garden Avenue near DeLand.

A number of medical practices and related services also opened or were announced in 2020.

Ground was broken June 5 for what will be called Animal Emergency Hospital DeLand at 2100 E. New York Ave., on the southeast corner of East New York Avenue and Kepler Road. (The facility is scheduled to open in early spring.) Rohr Family Chiropractic and Wellness Center opened June 8 in the Oakbrook Professional Centre, 929 N. Spring Garden Ave. on DeLand’s northwest side.

DeLand Wellness Center opened mid-June at 122 S. Amelia Ave., offering patients a combination of access to medical marijuana, acupuncture and counseling, along with suboxone therapy to help those addicted to painkillers.

Self-Help Credit Union, which had shared space with the Farm Workers Association of Florida in Pierson for 15 years, in mid-November opened a stand-alone office on South Woodland Boulevard in DeLand. Over the summer, Sparton Corp. moved its headquarters staff from Illinois to its longtime production facility in DeLeon Springs. (The company in November completed an overhaul of its wastewater treatment plant, helped in large part by a grant of up to $500,000 from Volusia County.)

The pandemic also caused some companies to reassess their operations. Performance Designs, a longtime manufacturer of sport parachutes, switched to making face masks, many of which the company donated to first responders and medical personnel.

In August, both the West Volusia Regional Chamber of Commerce and the DeLand Area Chamber of Commerce & Orange City Alliance held virtual political hobnobs rather than in-person gatherings. Both Chambers, like many businesses, also did many of their routine functions online only.

Some businesses grew or added services

AdventHealth Fish Memorial in Orange City held a “topping off” ceremony Jan. 31 for its new four-story patient tower. Construction continues, with completion of the $100 million addition expected in the spring of 2021.

In August, Steak ’n Shake announced the revival of its historic Drive-In Service at restaurants across the U.S., including the one on Saxon Boulevard in Orange City. Customers can drive up and place an order from their car, and a carhop will deliver the order on a tray and attach it to an open car window. Customers can dine in the safety of their car or use designated outdoor picnic tables nearby.

American Airlines announced in early September that it was adding two new seasonal routes linking the county-owned and -operated Daytona Beach International Airport (DAB) to Dallas/Fort Worth (DFW) and Philadelphia (PHL). Both flights are daily morning service that began in December and run through March, and offer connections to the many destinations served by American’s Dallas-Fort Worth and Philadelphia hubs.

Happy New Year! May 2021 be a better year for everybody!