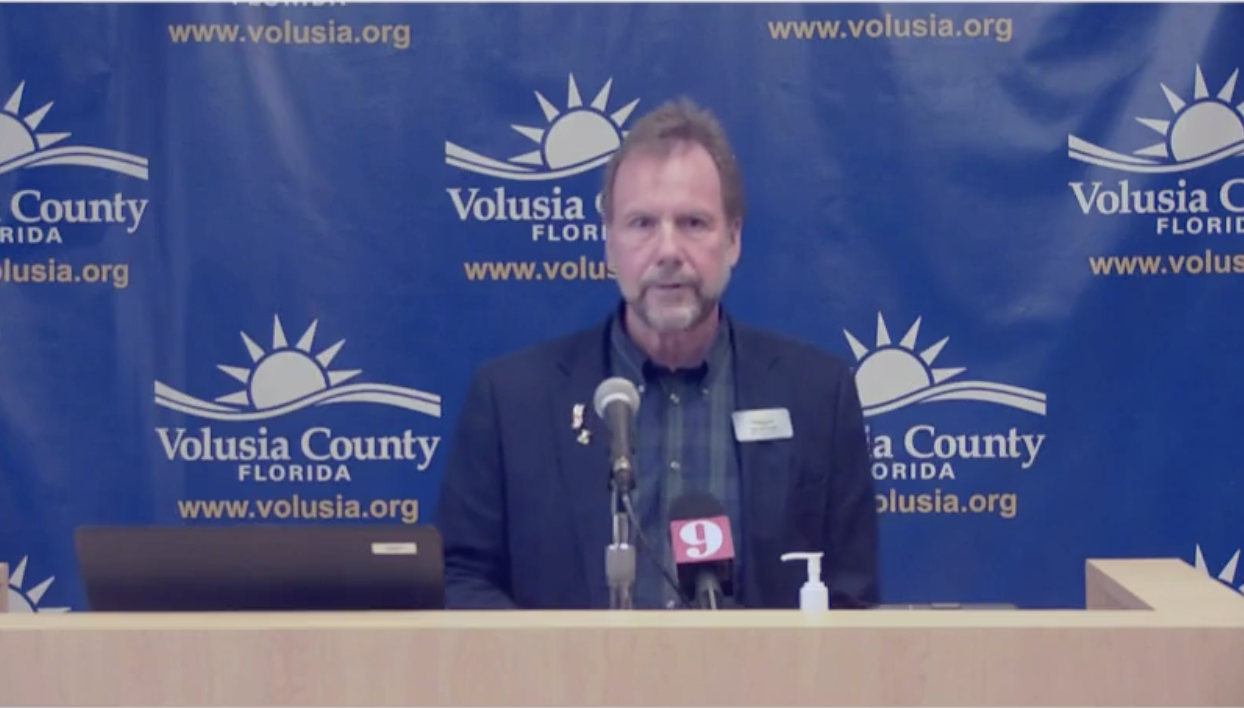 “We’re not getting it as rapidly as everyone wants to,” Brower said, later adding, “We’ve never tried to roll out a vaccine as it’s being produced. It’s not going to be easy; there are going to be bumps in the road.”

Brower and Boswell said no further vaccination events would be announced until the Department of Health has more doses of the vaccine. The DOH is expecting another shipment soon, but Boswell said distributions from the Florida Department of Health are “very unpredictable” in terms of when the county will receive vaccinations and how many it will get.

The officials commented on the traffic jams at the first two vaccine clinics in Daytona Beach, and the large numbers of disappointed people who were turned away.

“Things have not gone as smoothly as we would have liked,” Boswell said. “We have learned from this, and improved our process and learned that we are efficient at administering vaccine,” she said. “The COVID vaccine is very limited in supply. We are waiting to hear when our next shipment will arrive and how many that will be.”

The Daytona Beach events, the first in the county to vaccinate members of the general public, were criticized by many for their first-come, first-served approach.

“I do apologize for anyone that was impacted in a negative way,” Boswell said. “We’re going to go with an appointment system at this point, and we’re going to work closely, very closely, with our county partners and our city partners to try and make it the best possible experience for those that are coming out to be vaccinated.”

While there were bumps in the road, Boswell and Brower said they were glad people over the age of 65 have begun to receive the vaccine, and that the high demand is exciting.

“While it may be small amounts at this point, we are making an impact,” Brower said.

The number of inoculated people in Volusia County is slowly increasing. According to Sheriff Chitwood, first responders will begin receiving vaccinations today, Jan. 6, through AdventHealth hospitals. Chitwood said he is happy, but concerned that more deputies have not signed up to receive vaccinations.

“We have roughly 470 sworn deputies; a little over 100 signed up to get vaccinated. While we’re not mandating, we’re strongly encouraging it,” he said. “Having had [COVID-19] myself, I would hope that more of them would get themselves vaccinated. That’s a concern that more are not getting vaccinated.”

According to a press release from AdventHealth, some 1,000 Volusia County first responders including “police, fire, EMS, beach safety, corrections and animal control staff” have signed up to receive vaccinations this week at AdventHealth Daytona Beach.

COVID-19 is on the rise in Volusia County, as Boswell pointed out, and rollout of the vaccine comes as Volusia experiences the highest volume of positive cases since July.

Brower and Chitwood said they do not intend to get the vaccine until later.

Chitwood recovered from a bout with COVID-19 in August.

Updates about vaccine distribution in Volusia County will be posted to the Department of Health website, here. The next distribution event will be in Deltona, Jan. 7-8, and registration for the event is already closed.