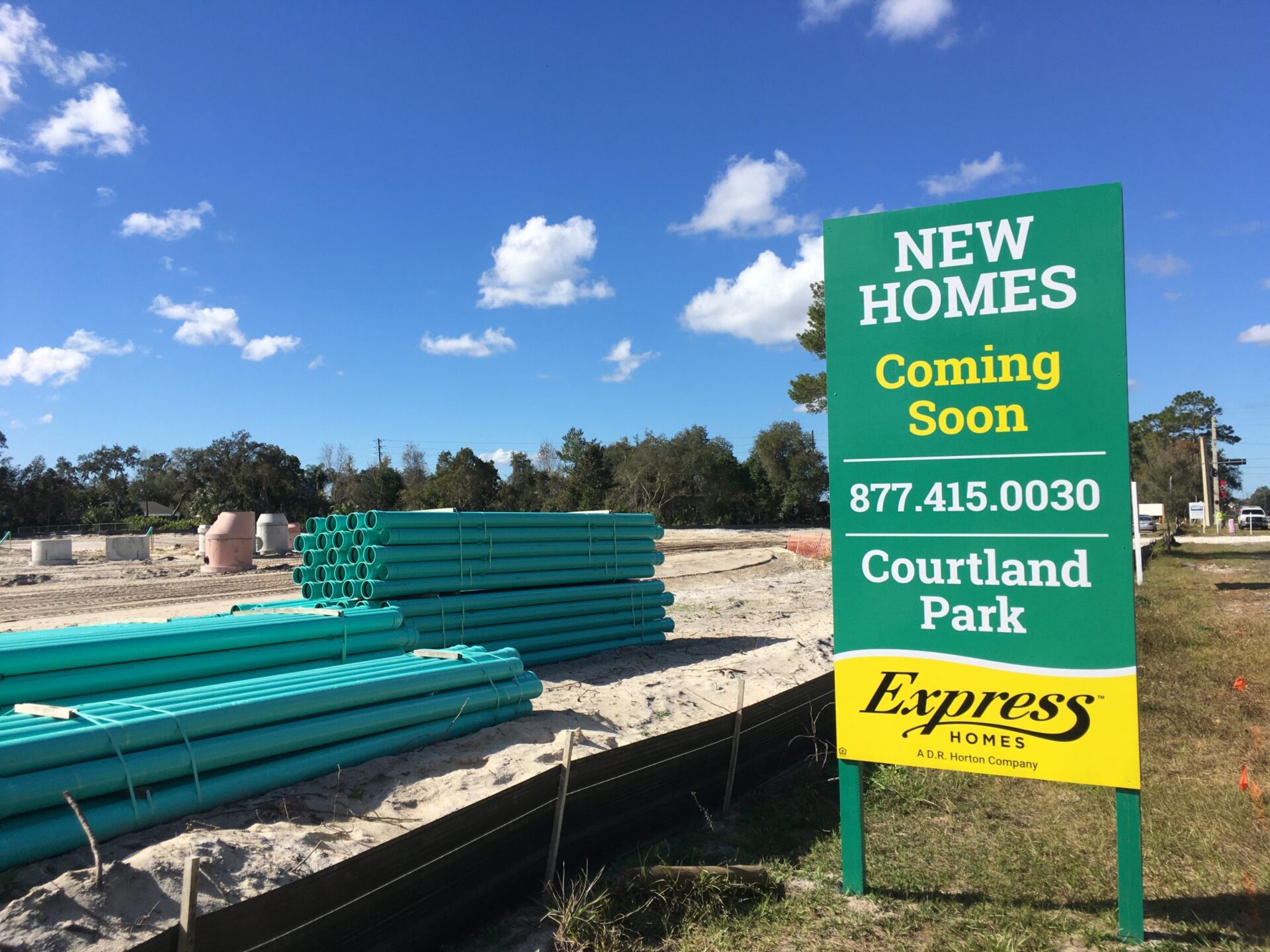 Fifty years after Volusia County’s home-rule charter went into effect, the reconstituted County Council will begin charting a course for the next decade and even the next half-century and beyond.

The new year brings a new start in county government. On Nov. 3, a new county chair and one new County Council member were elected.

“With the new leadership, may be new ideas on how to help the residents,” Council Member Barb Girtman said. She represents West Volusia District 1.

The County Council consists of two new members and five returning ones. County Chair-elect Jeff Brower has an ambitious list of goals and objectives that are based, he said, on the results of his campaign and the general election.

“I got a clear mandate to do the things I ran on, so that’s what I’m going to be focused on,” Brower said.

The incoming leader identified his priorities for the coming year:

Rollback is the tax rate that would produce the same amount of revenue for the county that it had the year before, not counting new construction and annexations. Rollback is usually a lower rate than the current tax rate, since property values usually increase.

“I’m looking at that in two parts. One is stormwater. We need to use available technology to clean up stormwater,” Brower said.

“No. 2 is the septic-tank part,” Brower said. He challenges the widely held view of septic tanks as major polluters of springs and waterways. Brower said septic tanks aren’t necessarily polluters, if they are used where the soil is suitable.

“I’m going to work with the county manager and send a letter to the governor, asking for soil testing,” Brower said.

“We need to look at the comprehensive plan in zoning and density. We need to look at our wetlands and where we can build. I want local control. If somebody buys a piece of land, they have rights. We change the comp plan all the time. We need to protect our land and stop the comp-plan changes,” the new county chair said.

What’s a ‘county chair’ do, anyway?

He is one of seven elected members, and his vote is equal to that of any of his six colleagues. However, the chair wields clout and influence as ceremonial head of the county government and because of his role in representing Volusia County in events where other dignitaries are present.

Brower’s peers bring their ideas, dreams, ambitions and goals to the table, as well.

The other new face on the County Council is Danny Robins, who succeeds Denys as the representative of District 3 in Southeast Volusia.

“Everything is going to be determined by the election and the pandemic,” Robins said. “Trying to support the residents and the homeowners, and trying to get everything back on track.”

With many unable to pay rent, landlords need help

Some of the concerns and problems bothering the County Council may be beyond the county’s ability to control. Robins said he is hearing from landlords worried about how to keep up their properties.

“The most calls I’ve gotten are about people that were not affected by COVID, but they’re not paying their rent,” Robins said.

He sees the economy as the overriding issue before elected officials.

“Recovery — getting everybody back on track. That’s number one,” he said.

Some of the returning council members view 2021 as an extension of 2020.

“What I see is a continuation of some of the good work we have already done, hoping to stabilize things with the coronavirus,” Girtman said.

Like Brower, Girtman sees growth and development as major challenges.

“I think the growth is going to be one of the primary concerns — where we grow and how we grow, everything that growth impacts,” she said.

That concern resonates with Heather Post, who represents Northeast Volusia in the District 4 seat on the County Council.

Planning for a new round of ECHO and Forever

Environmental issues include planning for the future of the Volusia Forever and Volusia ECHO programs. On Nov. 3, a majority of the county’s voters approved renewing both programs for 20 years.

Volusia Forever is the county’s program of purchasing or setting aside lands deemed environmentally sensitive or likely to be developed. ECHO is an acronym for “environmental, cultural, historic, and outdoor recreational” assets that the county may develop on its own or with partners, including cities or private nonprofit organizations.

Volusia Forever and ECHO are each funded by a voter-approved property tax of 1/5 of a mill, or 20 cents per $1,000 worth of taxable value.

“We’re going to take a look at ECHO and Forever and where we’re going. We need to lay out a game plan,” Post said. “We really need to sit down and look at these two programs. I’d like to see some different people put on the advisory boards.”

The County Council appoints advisory boards for each of the programs, to recommend who and what projects get the tax dollars.

County Council Member Fred Lowry represents Southwest Volusia District 5. He doesn’t see a quick disappearance of the problems of 2020, just because the calendar flipped to a new page.

“I think a lot of the economic problems we had last year will be coming up this year,” Lowry predicted. “We’re going to have to help individuals and businesses.”

Lowry cautions against expecting a quick end to the pandemic-driven economic downturn that is hurting many people.

“The things I’m reading, the economic conditions are not going to improve until 2022 or ‘23. We’re going to have to have a lean budget and be very careful on new spending. I don’t see us getting back to normal before 2022,” he said.

Council Member at Large Ben Johnson, however, is cautiously optimistic.

“COVID — hopefully, we’re on the downhill slide on that,” Johnson said, referring to the development and distribution of the vaccines to prevent it.

He cautioned against expecting an immediate end to the spread of the disease, noting there are more than 500,000 people in the county and more than 330 million across the country.

Can the County Council work together in harmony?

Whatever challenges or opportunities may come, District 2 Council Member Billie Wheeler hopes for unity among the seven County Council members.

“The first thing we need to do is to come together as a unified group. The differences and arguments in the campaign should not be carried over to the council,” she said, citing an array of issues demanding high-level attention. “We’ve got SunRail. We’ve got housing — affordable housing, workforce housing. With COVID, we’re going to have more housing issues. I’d like us to do more to help first-time homebuyers.”

Wheeler also noted that, with the changes wrought by voters’ approval of Amendment 10 in 2018, the County Council will be working for the first time with a tax collector, elections supervisor, sheriff and property appraiser who are now constitutional officers, not under the direct control of the County Council.

All members of the County Council agree the coronavirus is an overarching issue, one that will affect practically everything the county government plans.

“Looking at COVID, we’re going to have to take it head-on. It’s not going anywhere,” Post said. “There’s going to be a lot of things forever changed, such as the way we provide customer service and the way we interact with one another.”

Because of the pandemic and its effects on the economy, Wheeler sees fiscal trouble ahead.

“There are going to be people who are not able to pay their real-estate taxes,” she said.

Johnson said the County Council’s recurring concern will always be the finances. He, too, sees the constitutional officers as a budget challenge.

“With Amendment 10, we don’t know what we’re looking at. There’s going to be a cost associated with it,” Johnson said.

That Florida constitutional amendment, approved by more than 60 percent of the state’s voters in 2018, elevates certain elected officials — the sheriff, elections supervisor and property appraiser — to the status of being state officials responsible to the governor, rather than the county manager and the council.

Consistent with the amendment, Volusia County has also re-established the office of elected tax collector for the first time in 50 years.

Could a workshop help?

Wheeler added she intends to ask for a workshop, in which the County Council may discuss ways of grappling with the wide array of issues.

A workshop may be helpful to the freshman members, such as Robins, who must now deal with issues that may have been abstract in the campaign.

“Until you get there, you don’t know the nitty-gritty of the issues,” he said.

Robins added he wants to talk about “transportation and infrastructure — trying to keep up.”

Getting the people involved

Will the new County Council be an improvement over its former self?

“Really, the biggest thing I’m looking at is, I’m looking forward to seeing the change in the attitude and the culture of the council. Hopefully, we will have a council that will respect one another and support one another,” she said.

Girtman noted, too, she wants the County Council to be more proactive in informing and educating constituents about its decision-making process.

What if another black swan — a completely unforeseen event or occurrence that suddenly alters our daily lives — comes our way?

“You’re always going to have to adapt. We did that with the pandemic. For moving on the fly, we did a pretty good job,” Johnson said.