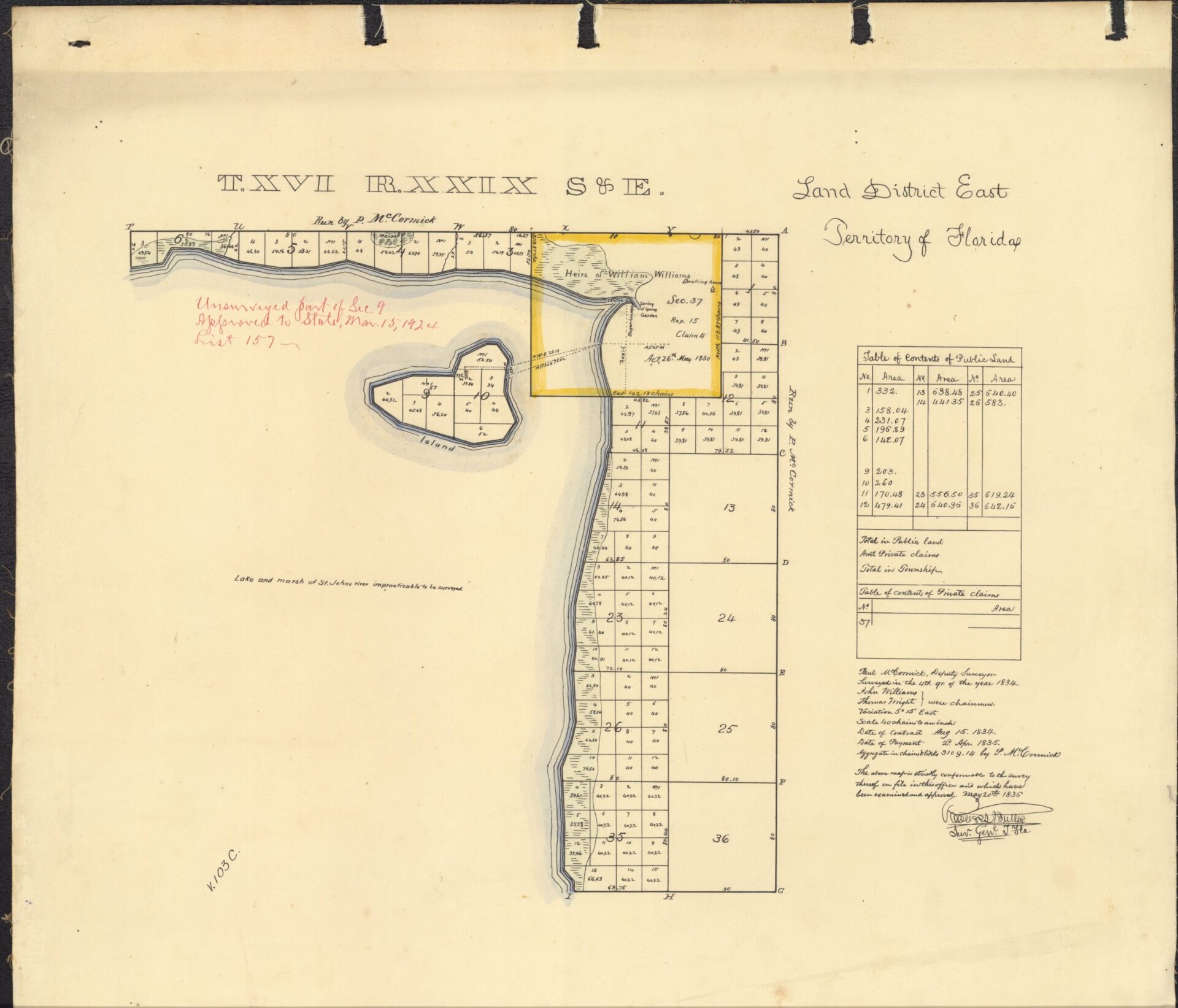 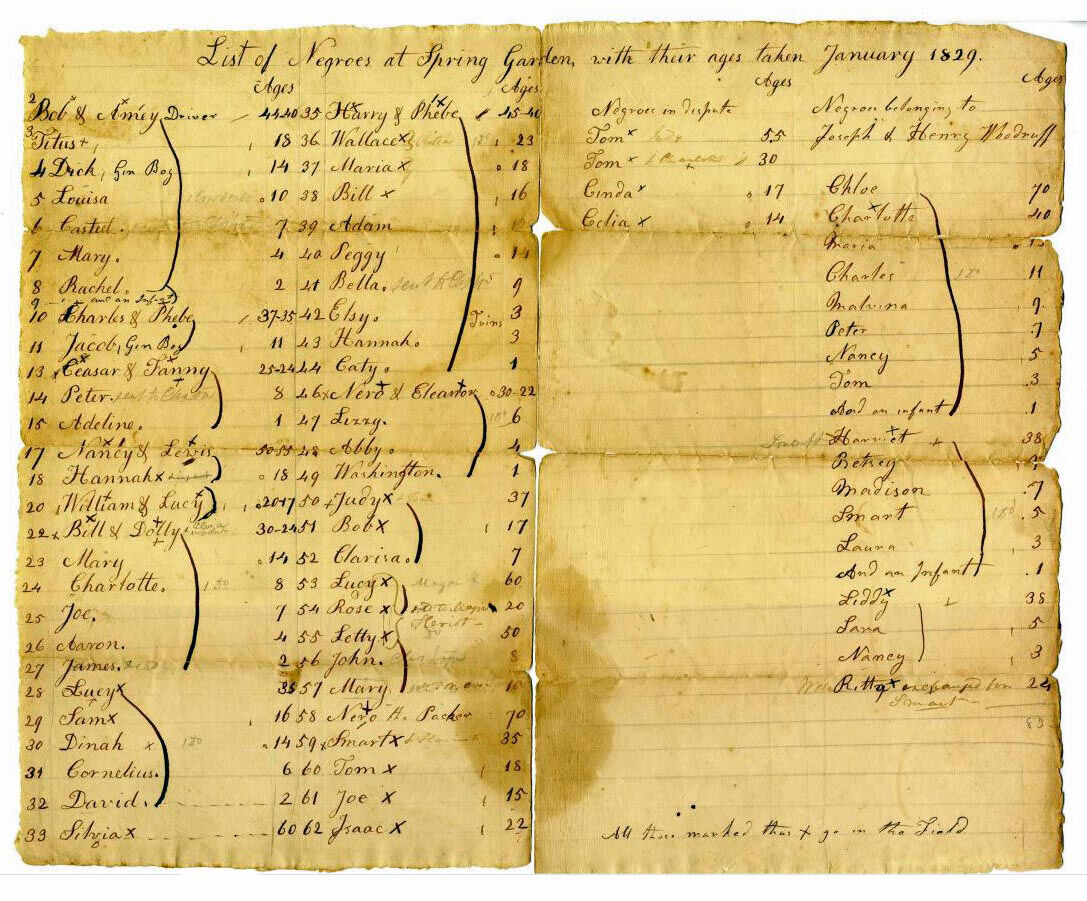 I’d like to expand on your recently published history of DeLeon Springs.

My great-great-great-grandfather’s uncle William Williams founded the town in 1804 on a Spanish land grant of more than 2,000 acres, calling it Spring Garden.

There’s a lot of confusion out there in historyland, because my great-great-great-grandfather’s uncle’s brother — as well as other family members — were also named William Williams.

The acreage remained in the family until 1823. I have copies of most of the original documents, including deeds, surveys, maps, personal letters and diaries pertaining to it.

A Williams descendant was Volusia County’s first sheriff and the first lighthouse keeper at Ponce Inlet.

William Williams was born about 1743, in Anson County, North Carolina. In 1776, he migrated briefly to Wilkes County, Georgia, with his brother, Henry. Then he and Henry joined their other brother Abner and their father at a 500-acre plantation on Doctor’s Lake, an outcrop of the St. Johns River a few miles northwest of St. Augustine.

After Florida was ceded back to Spain in 1783, the political landscape changed. William left for the Bahamas with his brother Henry and his family.

William maintained several plantations in the Bahamas, but decided to move back to Florida in the early 1800s, along with his nephew Samuel Williams, the son of his brother Henry.

In 1803, Samuel received a Spanish land grant of almost 4,000 acres on the Halifax, known as the Orange Grove Plantation. The area is in what is now known as Daytona Beach, including what is now the airport and the racetrack.

The Spanish in 1790 had rescinded their rule that all settlers must become Catholic. William obtained a land grant of 2,200 acres on the Halifax River in Mosquito County near the land owned by his nephew Samuel.

William brought 45 slaves with him from the Bahamas. Finding the East Volusia land of poor quality, he gave up all but 180 acres there and petitioned the land office in St. Augustine for another grant.

In 1804, he was given the balance of 2,020 acres inland near the St. Johns River. He named it Spring Garden, and it is now known as DeLeon Springs.

William established a farm, growing cotton and staple crops, with the help of his slaves, but had difficulties with the local Native Americans.

When William Williams died, as a Protestant, he could not be buried in the cemetery in St. Augustine, which was reserved for Catholics only.

So, he was buried on Fish’s Island, an outcrop of Anastasia Island, which was not part of St. Augustine at the time, but was the private reserve of Jesse Fish. William’s nephew Samuel Williams, who died in 1811, was also buried there.

So far as is known, the elder William never officially married, but had a relationship with his slave named Angelica, who was originally from the Bahamas. They had three children, Sampson, Susanna and Eliza.

In his will, the elder Williams freed Angelica, along with the three children, and gave them ownership of some of his other slaves, as well as some cows, cooking utensils, and food from his plantation on the river.

He also decreed that they were permitted to live there as long as they wished. Incidentally, William’s son, Sampson, married Jesse Fish’s granddaughter, Harriet Fish.

The younger Williams was only 16 when he inherited Spring Garden, but he had learned to manage the farm from his uncle. There was no sugar mill there at this time.

After his cousin Samuel died in 1811, the younger William Williams was hired by Samuel’s widow to also manage the Orange Grove, but he soon tired of all the work and joined the Patriot War in 1812.

The younger William Williams sold Spring Garden for $3,000 in 1823 to his neighbor and companion in the Patriot War, Joseph Woodruff, who operated it for a few years until he died in 1828.

The heirs sold it to Orlando Rees in 1830. Rees had the first sugar mill installed in 1831, and, in 1832, naturalist John Hames Audubon visited, where he first saw a limpkin.

The 60-acre Fish Island near Anastasia Island was the center of a controversy this year over a proposed development, which locals opposed. I was asked to provide evidence that my ancestors were buried there, which, by state law, would prevent the developers from building on a burial site.

The project was denied, and Fish Island was subsequently acquired by the Florida Land Trust to be preserved as a park.

— Phil Eschbach was born in Gainesville and grew up there and in the Cocoa area. Now retired, he was a commercial photographer with a specialty in architecture. He now lives in Winter Park. Eschbach has given talks in DeLand and Enterprise concerning the history of DeLeon Springs. He and Joseph Rousell wrote Pioneers of Florida 1776-1860: The Story of the Williams Family, which concerns much of Volusia County’s early history 1776 to statehood in 1845, before the name “Volusia” was used. The book can be purchased directly from the printer at this link: https://shop.shakeandco.com/print-in-store/pioneers-florida