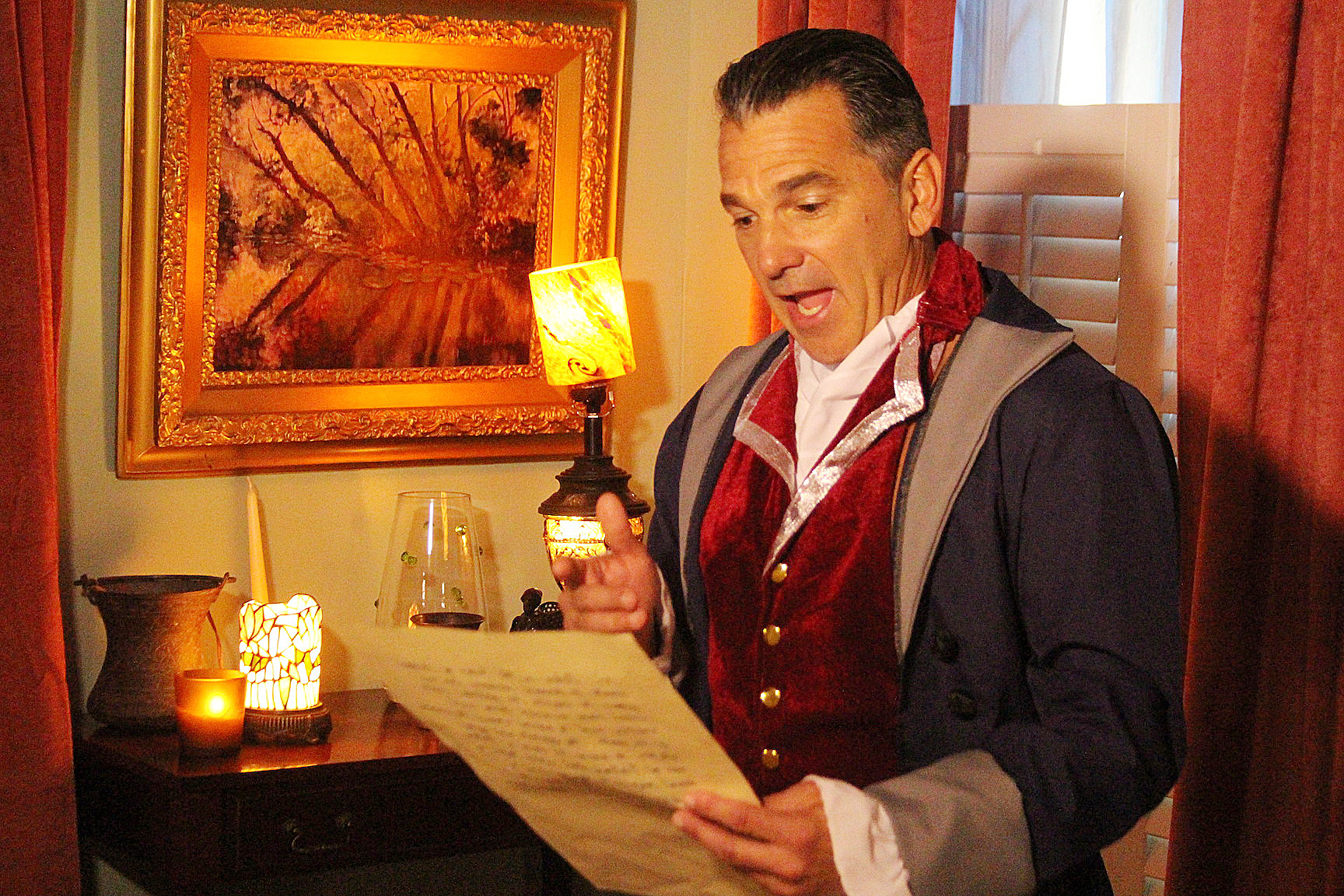 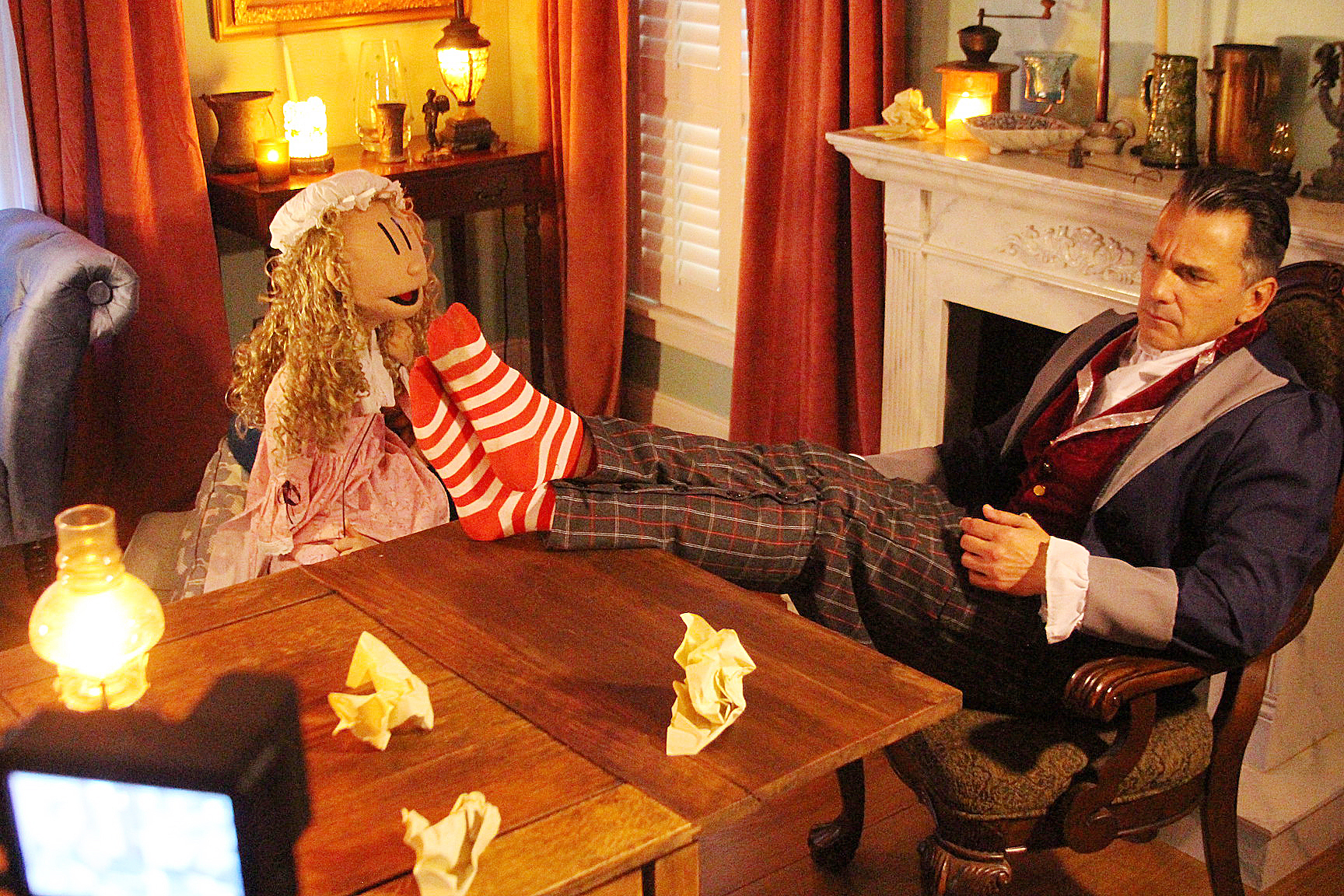 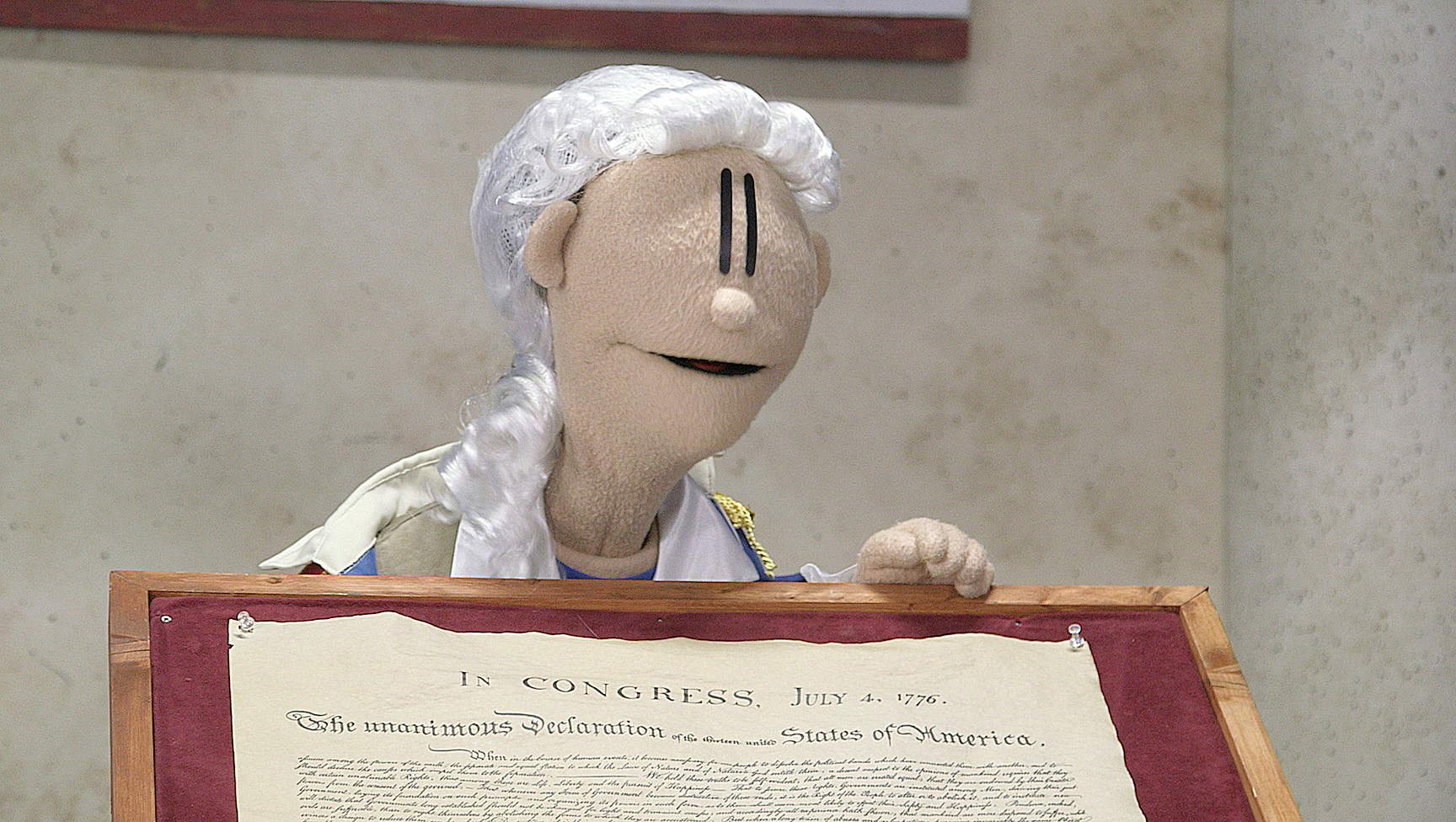 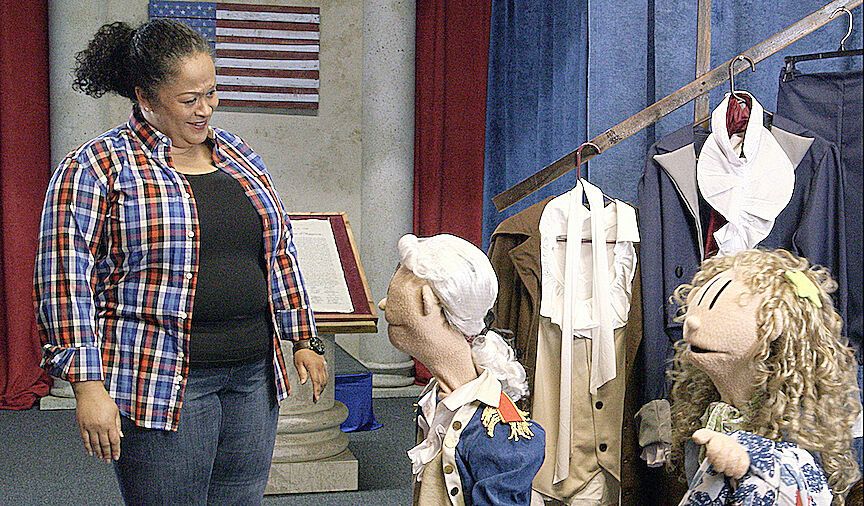 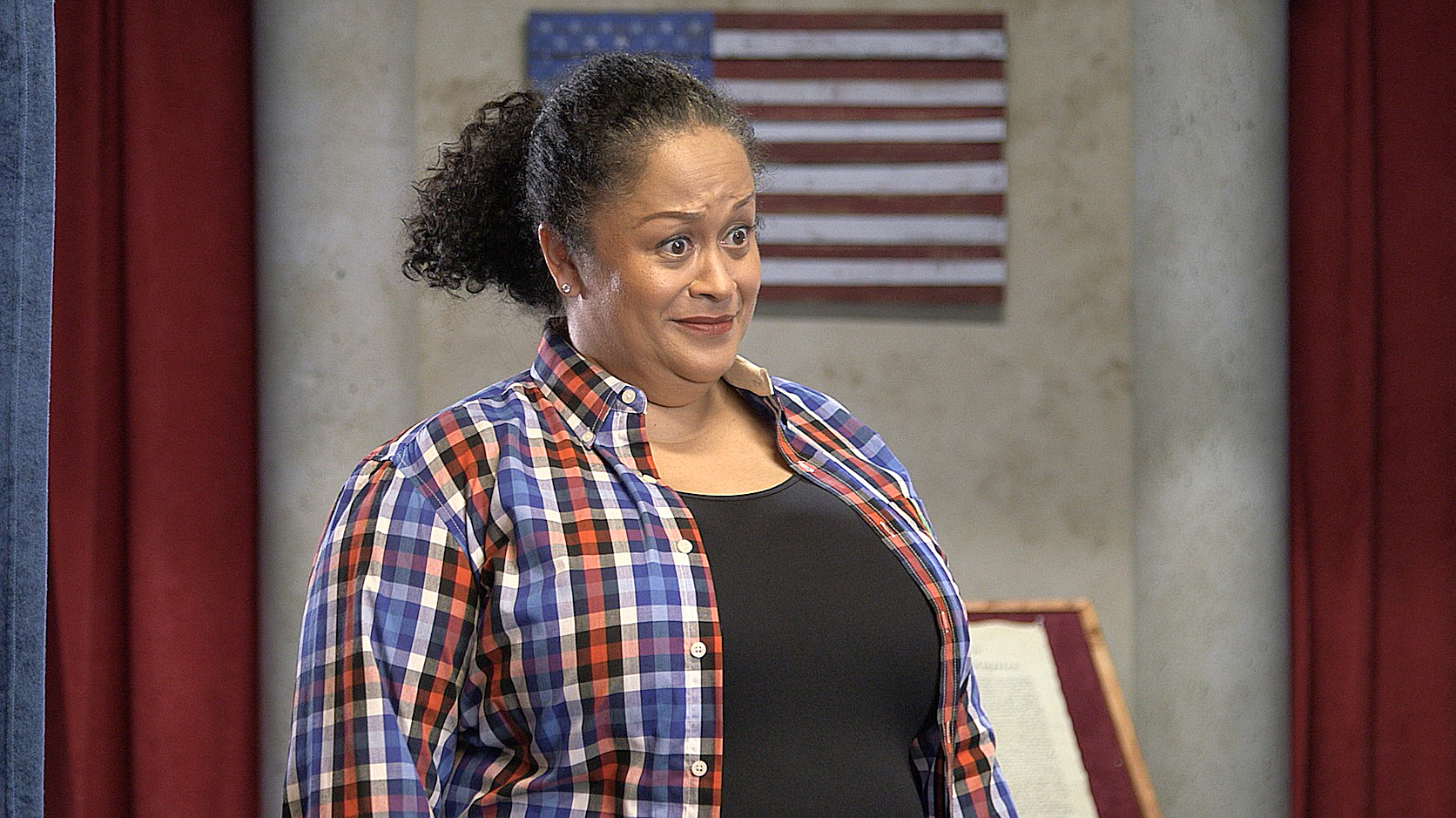 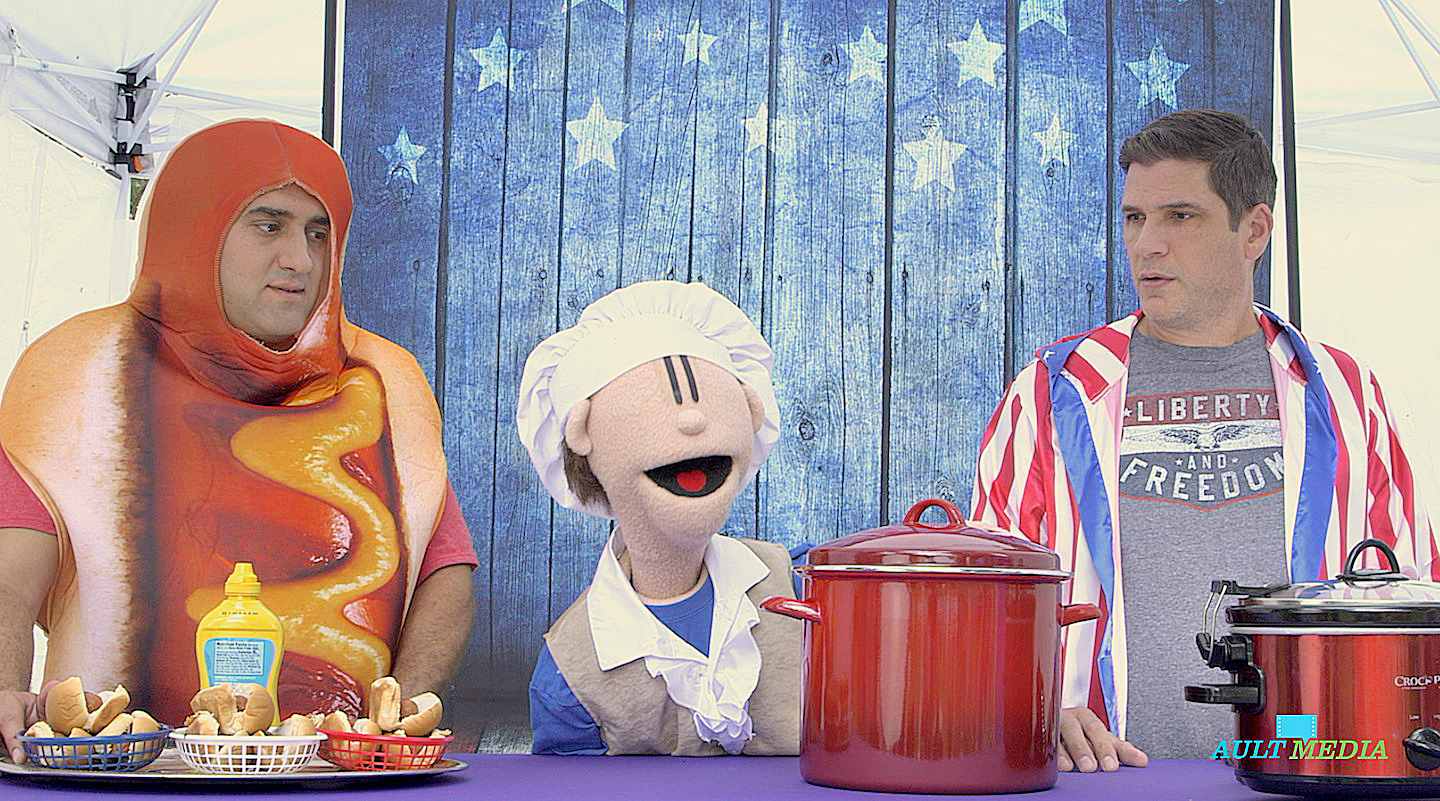 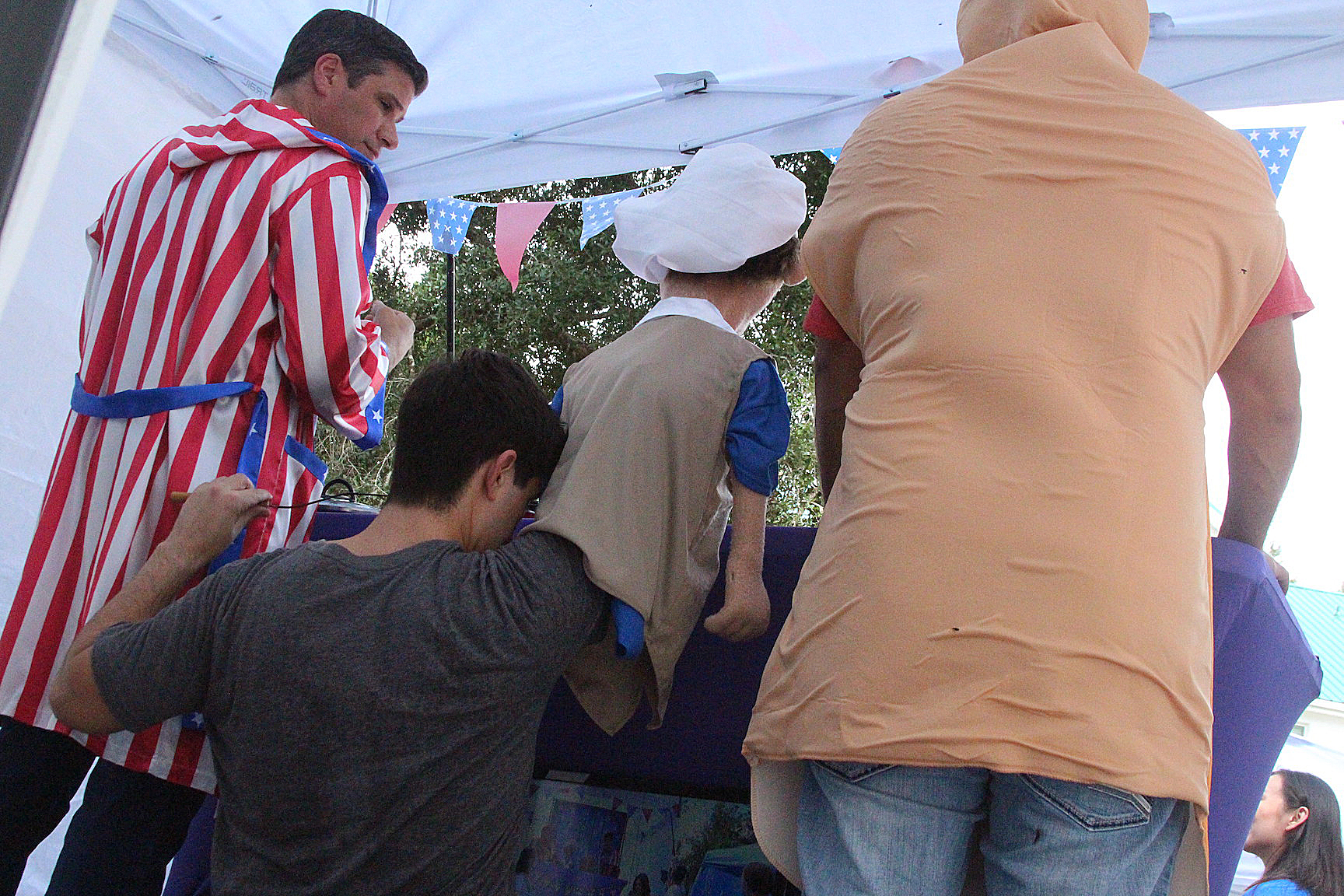 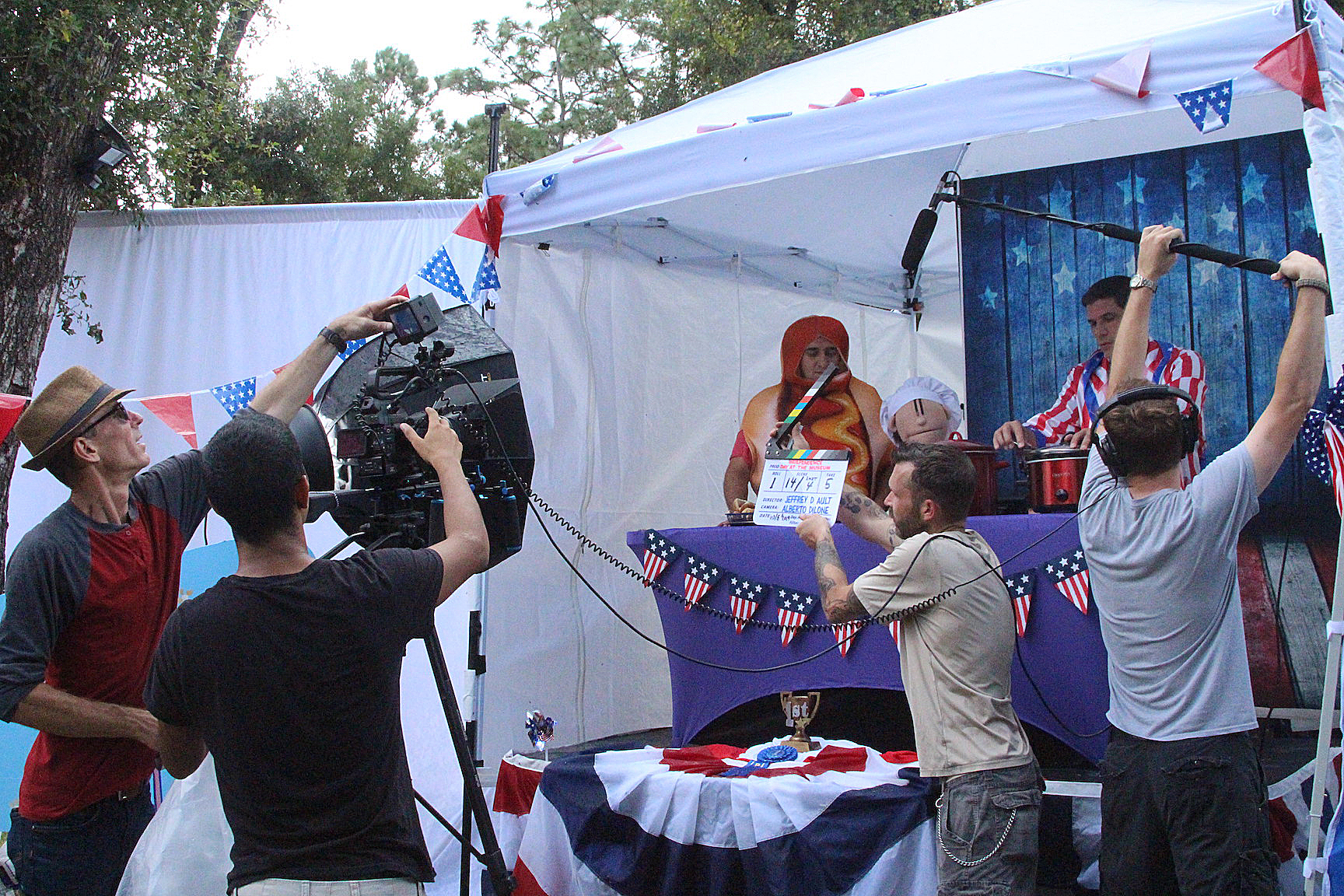 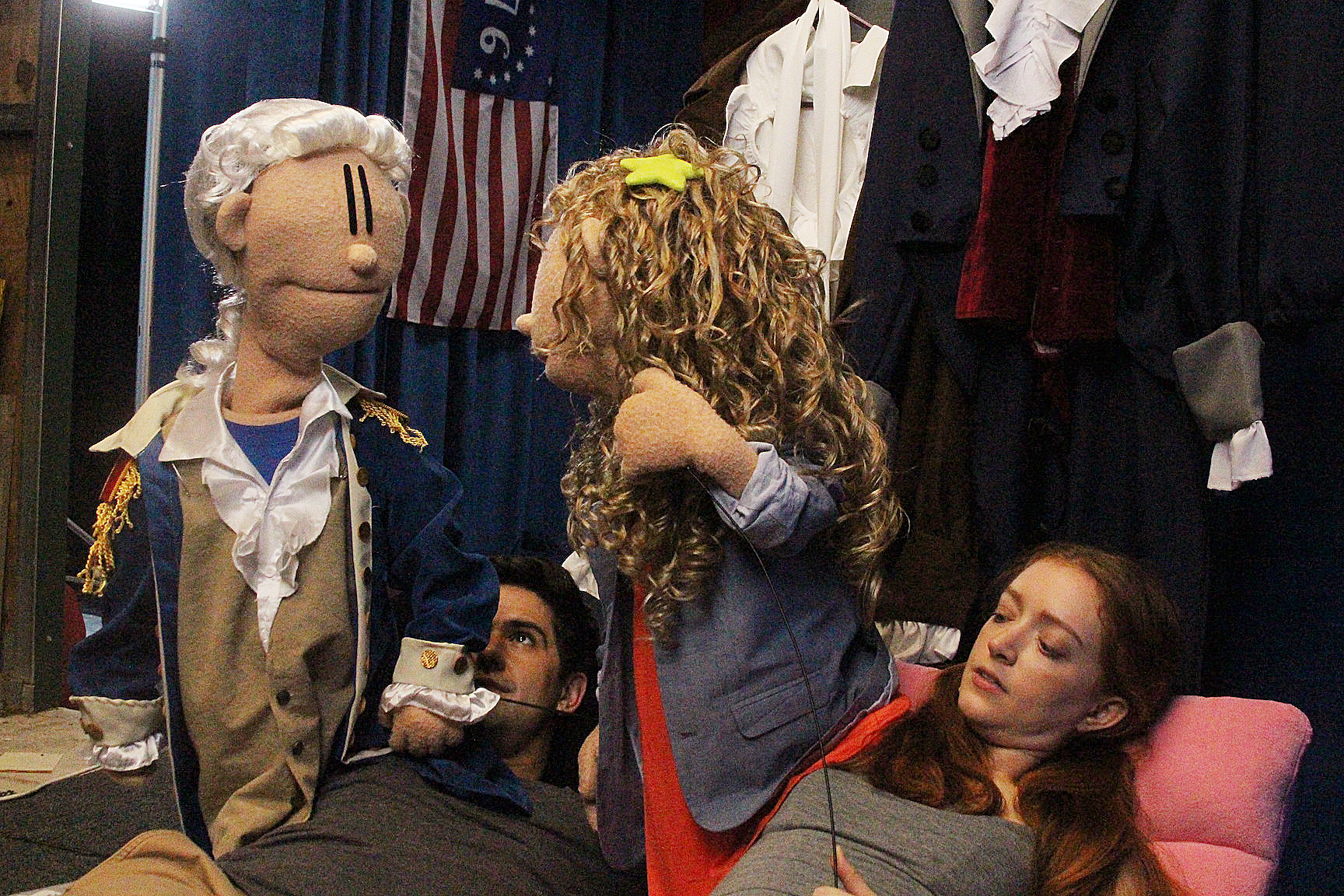 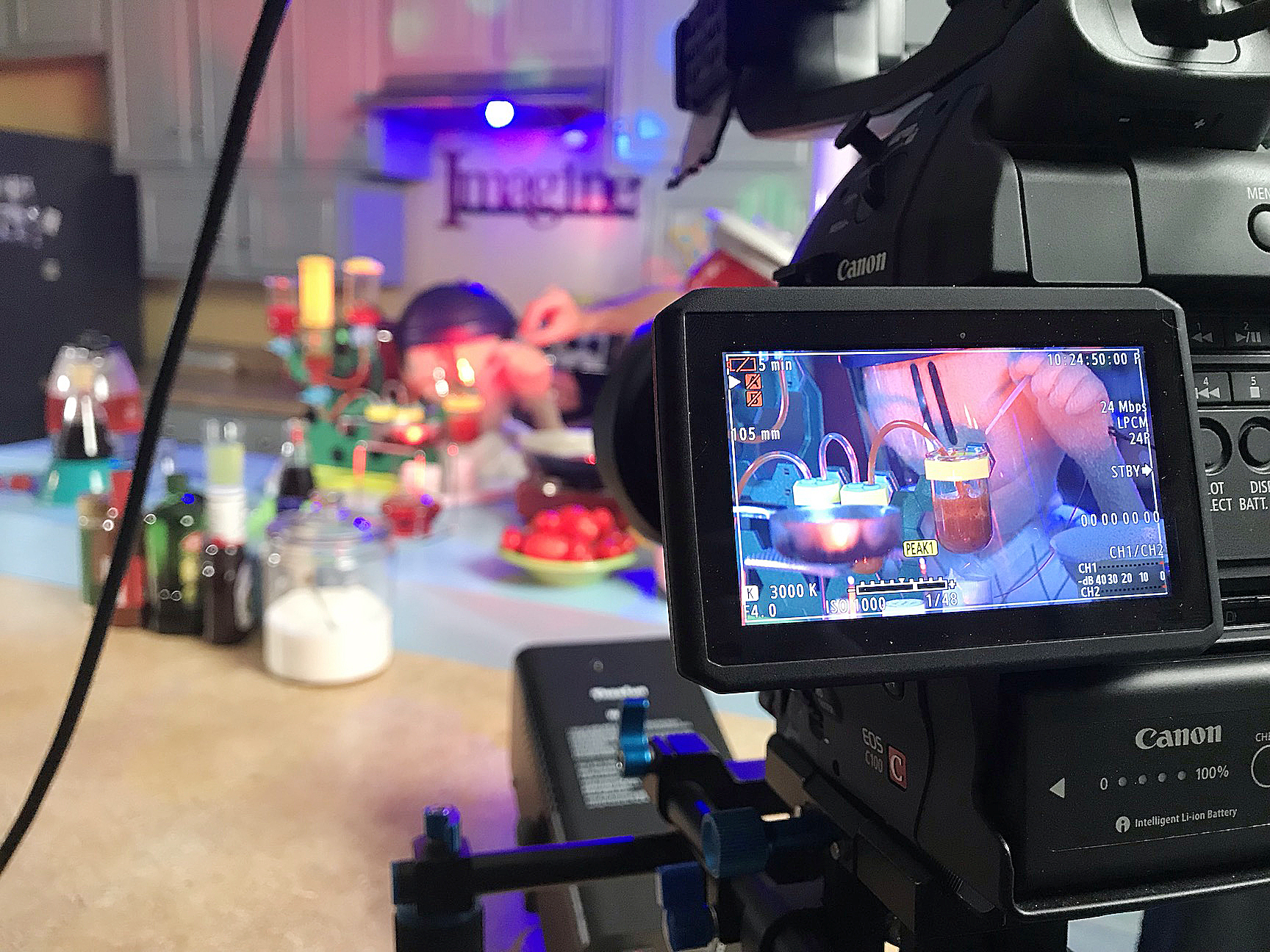 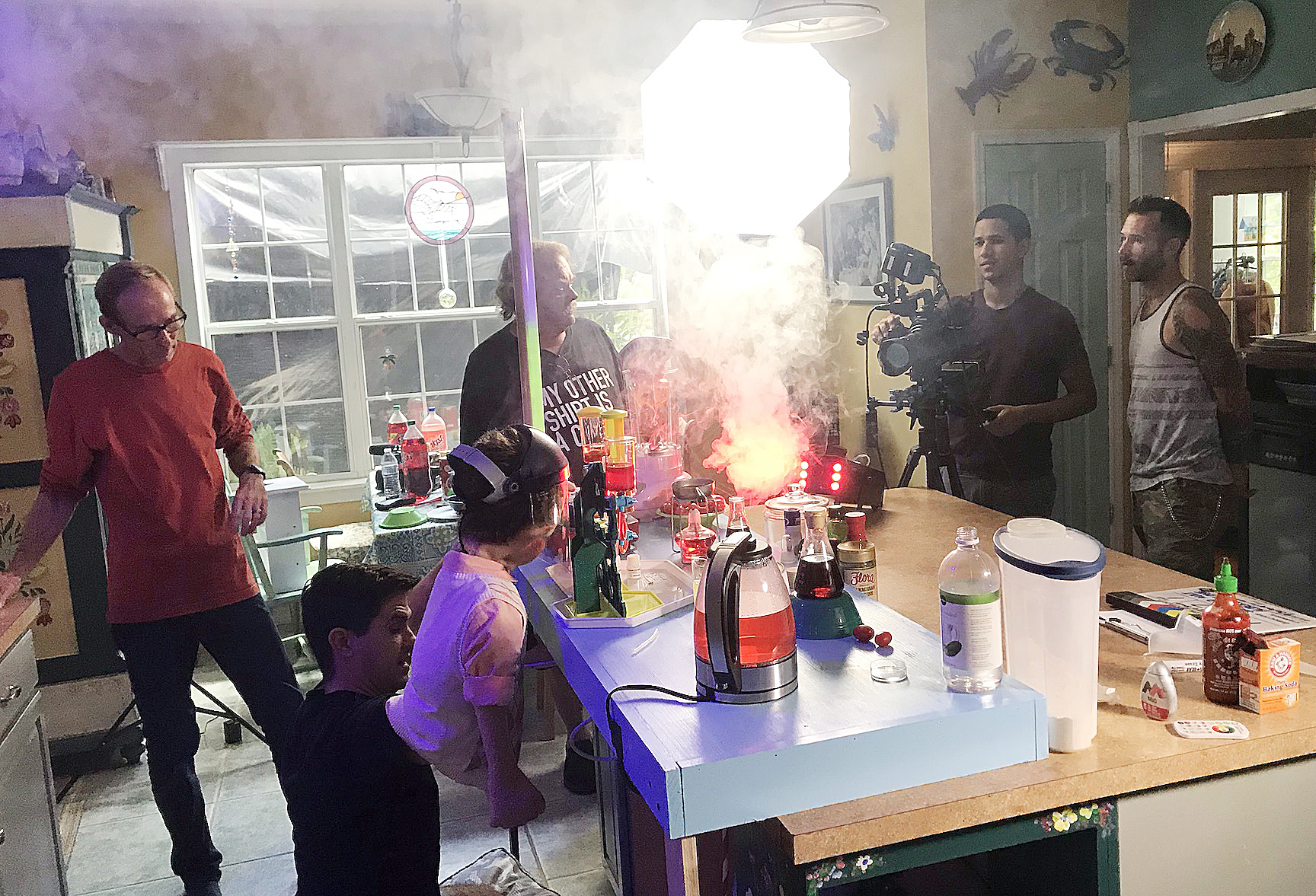 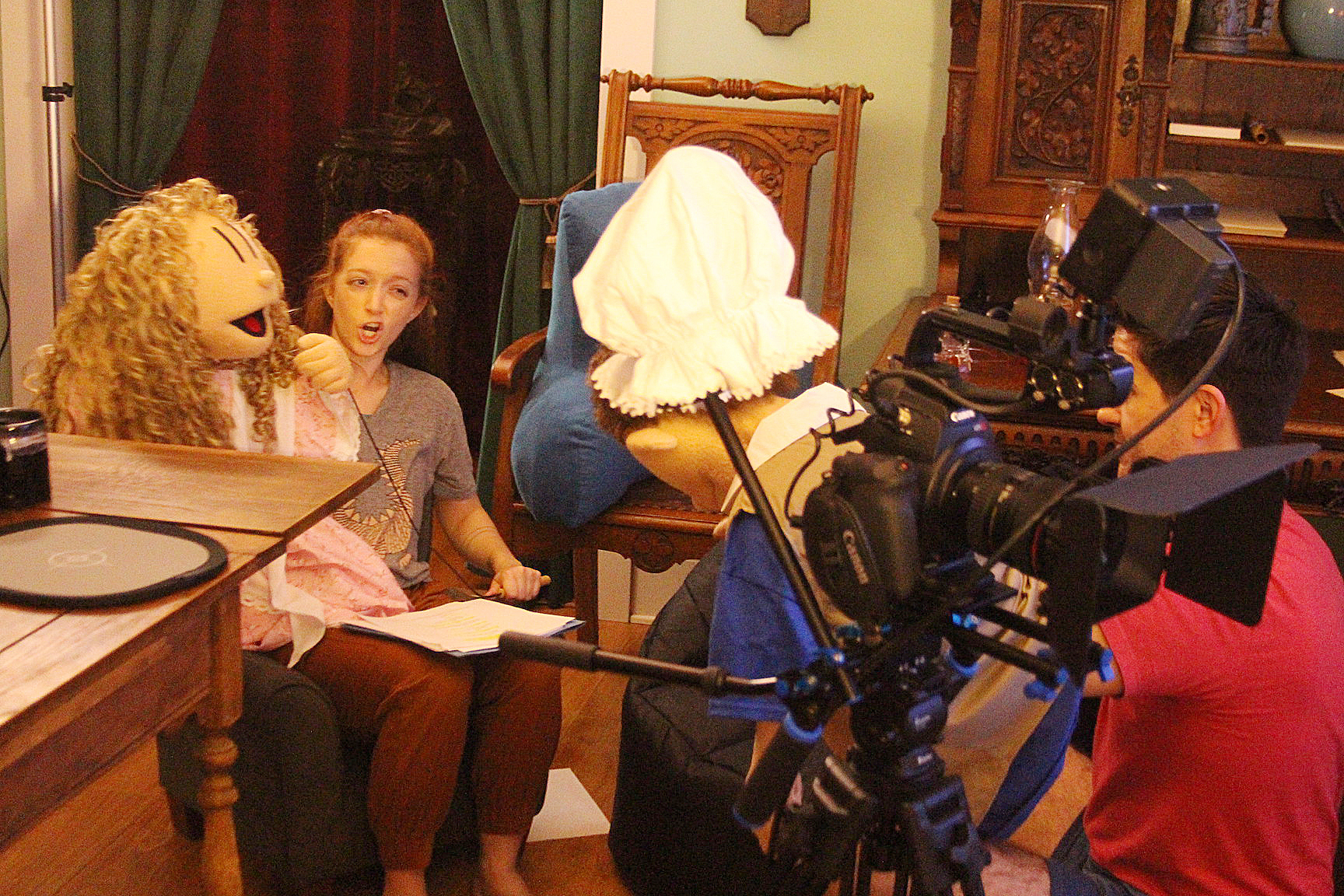 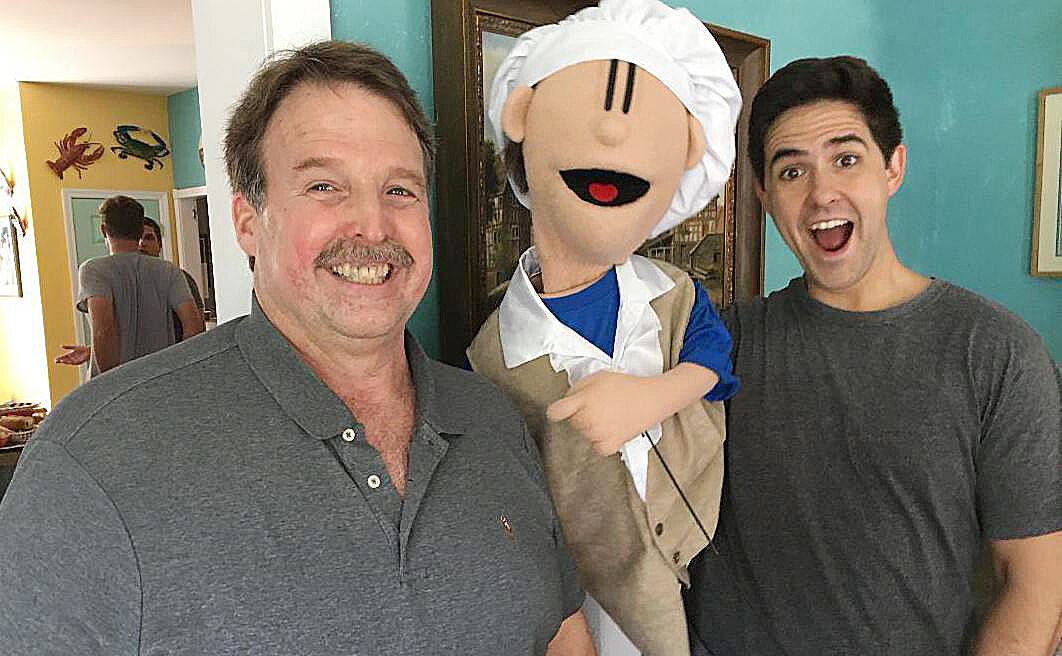 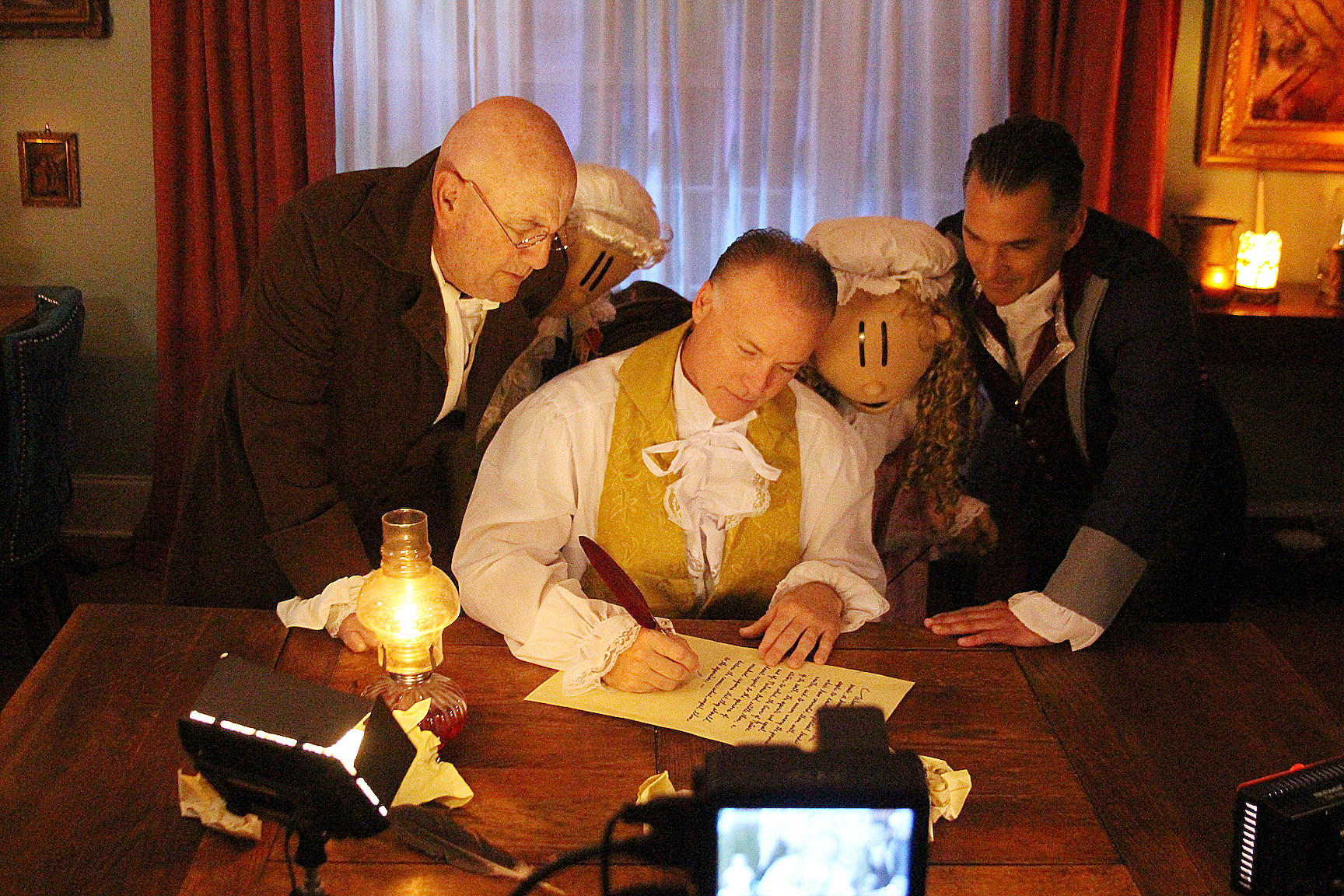 As our Founding Fathers struggle to put the proper words to paper in crafting the Declaration of Independence, humorist Benjamin Franklin proposes to start the document directed at King George with “London, we have a problem!”

Rolling his eyes, John Adams firmly replies “No!” and Thomas Jefferson begrudgingly suggests the Colonies might not be ready for independence.

Thankfully, two time-traveling kids from the 21st century arrive to put the Founding Fathers back on course, proposing the opening wording for the famous declaration to be “When in the course of human events…”

This might not be totally accurate history, but that isn’t the point of the locally produced Independence Day at the Museum, a made-for-TV streaming holiday adventure, which has its Central Florida premiere at 6:15 p.m. Saturday, Jan. 23, at the Epic Theatres in Mount Dora. It will be screened as part of the Central Florida Film Festival.

The story is set at the local museum and focuses on two adventurous siblings, as they help prepare exhibits for the town’s Independence Day celebration. With the assistance of a time-traveling photographer, the kids travel to 1776 and meet several of the Founding Fathers as they craft the Declaration of Independence.

Independence Day at the Museum is the first in a series of “Day at the Museum” programs that target elementary-school-age kids in hopes of making education fun, while promoting the message that your local museum really can be “Where history comes to life.” The storyline isn’t just for kids though. Numerous parodies of popular movies can be found to hold the interest of adults in the audience.

The “Day at the Museum” concept is a tip-of-the hat to the Night at the Museum movies, with the main character, Buzz, playing the museum security guard.

The series features characters from the children’s entertainment property Elliot and Friends, which was created by Debi McNabb and was first seen as a comic strip in Sarasota in the 1990s. The property now consists of storybooks and activity books found on Apple Bookstore and as a series of public-service-announcement videos promoting healthful eating and lifestyle tips.

A unique production characteristic is the use of puppets as the main characters, with live actors filling in the world around them. Taking a cue from the Muppets, there is no on-screen recognition of the characters as puppets — they are only characters who are accepted as normal in the on-screen world. The production bridges scenes together with the use of 2D animation, a reference to the original comic strip.

The production was produced and shot in Orange City in late 2019 and was preparing for a film festival circuit run in 2020 when COVID-19 paused distribution as well as additional productions in the series.

With new regulations in place, live festival screenings are beginning to take place again as the series prepares for live educational presentations and online streaming distribution in late 2021.