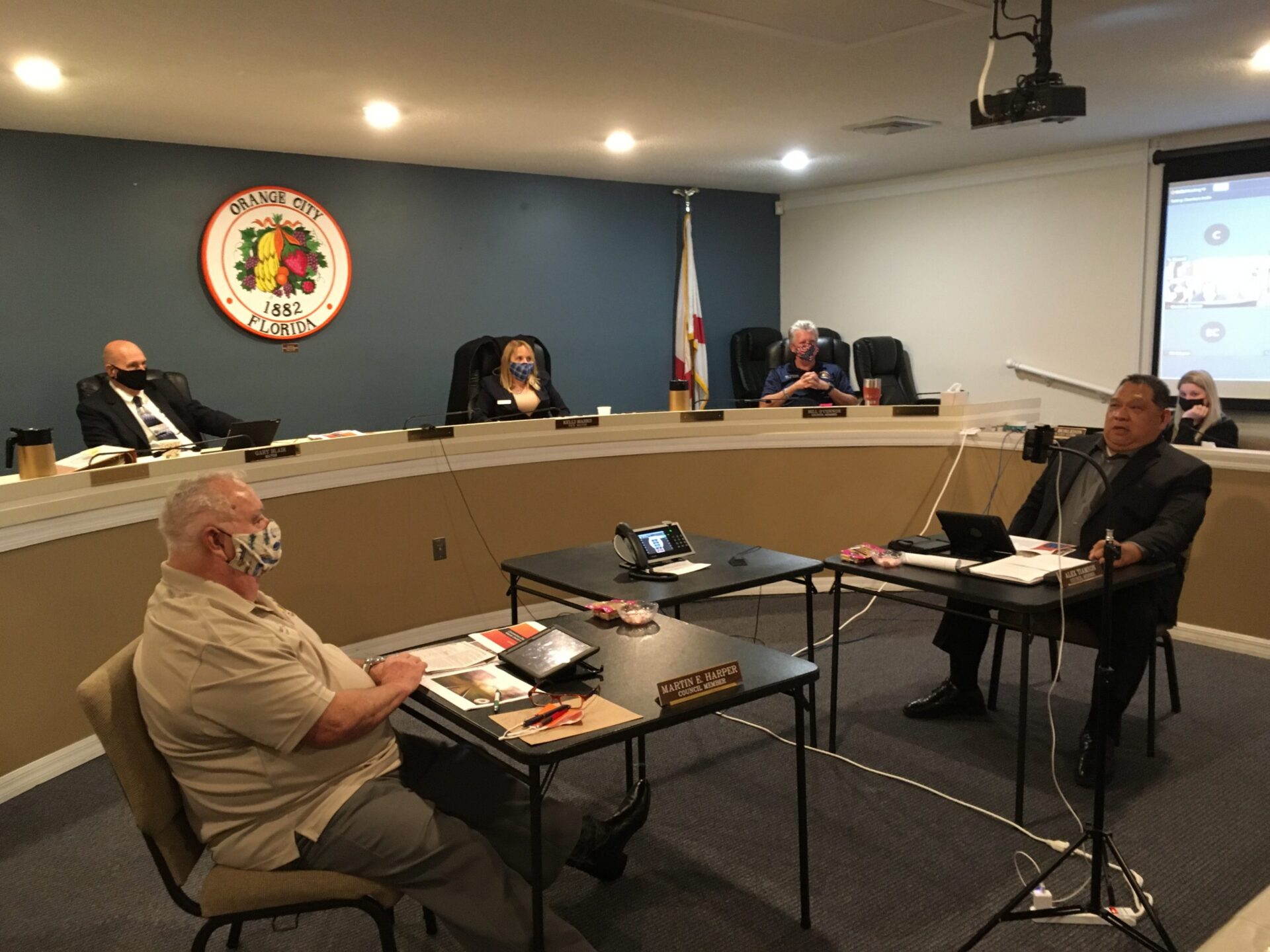 For the fourth time since they first enacted it, the City Council has unanimously extended Orange City’s emergency ordinance requiring people to wear masks inside businesses.

As the coronavirus pandemic continues, with spikes of new cases amid the efforts to vaccinate those deemed at highest risk, the council has kept the mask mandate in place for at least another 60 days.

“I don’t think we should let our guard down right now,” Council Member Bill Crippen said. “I do think we ought to maintain what we’re doing … to protect all of our citizens.”

The city’s charter limits the length of time in which an emergency law may be in effect, unless a supermajority of the council votes to keep it. The Jan. 26 vote was unanimous.

The only misgivings about the mask ordinance came from Vice Mayor Bill O’Connor, who suggested the council adopt a “proclamation” about masking, or better yet, a countywide order.

“I wear mine [mask] all the time,” he told his colleagues. “I’m in favor of wearing a mask. … We should have all done it.”

O’Connor, when the vote was taken, joined in affirming the mandate.

Asked if his department had received any complaints about noncompliance, Deputy Police Chief Wayne Miller said there has been “zero enforcement.”

Orange City, like other localities around the state, lost its power to fine individuals violating the mask requirement when Florida Gov. Ron DeSantis issued an executive order forbidding such penalties. Orange City’s mask ordinance originally provided for civil fines ranging from $25 for the first offense to $50 for a second and $100 for repeated violations.

The latest renewal of the ordinance also lists the penalties, even though they are not legally binding.

The emergency ordinance also classifies places of worship as “business establishments” that require patrons to wear face coverings. The measure also lists exemptions from the requirement, such as young children and people whose ability to breathe may be impaired by a mask.

On a related note, the Orange City Council deferred a decision on whether to place plexiglass barriers between the seats on the dais. Many governing bodies have installed such separators as an extra precaution against the spread of the virus. The addition of the barriers may alleviate the need for members to sit at least 6 feet apart, and even having at least two of them sitting at tables in front of the dais.

The council may revisit the proposal for barriers at a later date.