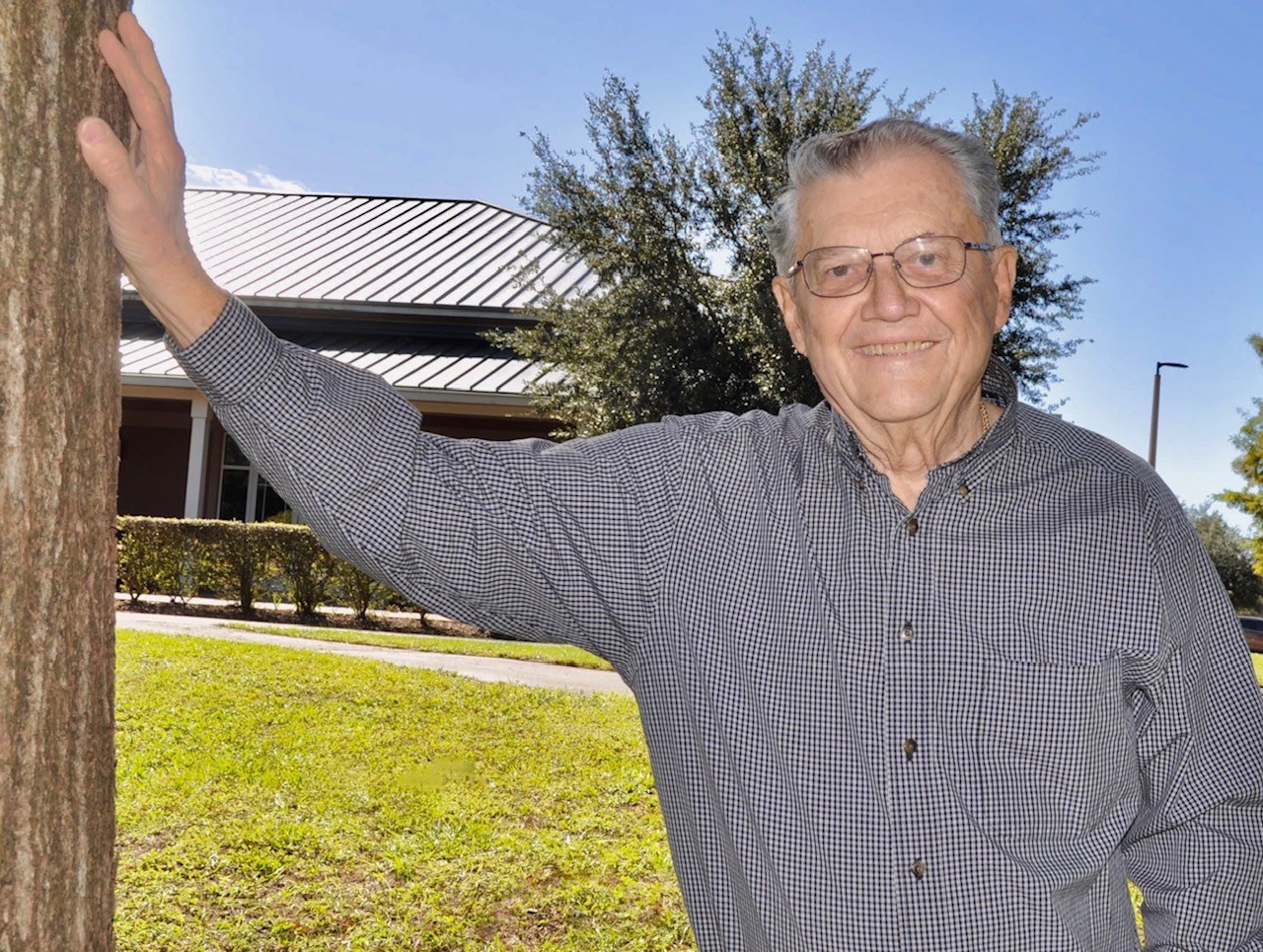 Well-known former DeLand City Manager Wayne G. Sanborn, who presided over a time of tremendous change in the city, died Feb. 4, 2021, at the age of 84.

The City of DeLand issued this statement on Sanborn’s passing:

Many of the projects that Wayne G. Sanborn accomplished during his time as city manager are still an integral part of DeLand today.

He was a driving force behind numerous projects, including the rehabilitation of Painter’s Pond Park and Earl Brown Park; improvements at the DeLand Municipal Airport; construction of Melching Field at Conrad Park baseball stadium; and Spec Martin Stadium improvements. Sanborn also proposed the current headquarters for the DeLand Police Department.

His care for our city and its residents prompted the city to name its current Events and Activity center after him — a lasting legacy and tribute to his dedicated service.

“During Wayne Sanborn’s two stints as city manager, he served our city with honor and distinction. Wayne made many positive contributions to make DeLand such a great place to live. He loved DeLand and was even still serving on a city board. He will be greatly missed and DeLand has lost a strong community advocate,” DeLand Mayor Robert F. Apgar said. “On behalf of the city, I extend our condolences to his wife, Pam and his entire family. For me, his death is also a great personal loss, as our friendship began in about 1968 and has remained steadfast ever since.”

Sanborn began his career in public administration in Titusville, Florida, working his way up the ranks from intern to Assistant City Manager and Finance Director. In 1961, he became city manager for Arcadia, Florida.

Sanborn was first hired as DeLand City Manager in 1967 and served until 1974 before taking a job as president of Brandywine Enterprises Inc., a real estate development company. He later returned to serve as city manager in 1992 until his retirement in 1999.

“My thoughts and prayers go out to Wayne’s family,” current DeLand City Manager Michael Pleus said. “Wayne was a friend and mentor and this is a sad day for the City of DeLand. Wayne’s impact on the city as an organization and a community, as well as the local government management profession, will be long-lasting.”

DeLand Public Services Director Keith Riger, who served alongside Sanborn during his second stint with the city, said Sanborn was a builder at heart and was committed to moving the city forward.

“He believed in providing good government and he lived that every day,” Riger said.

Services will be announced as information becomes available.