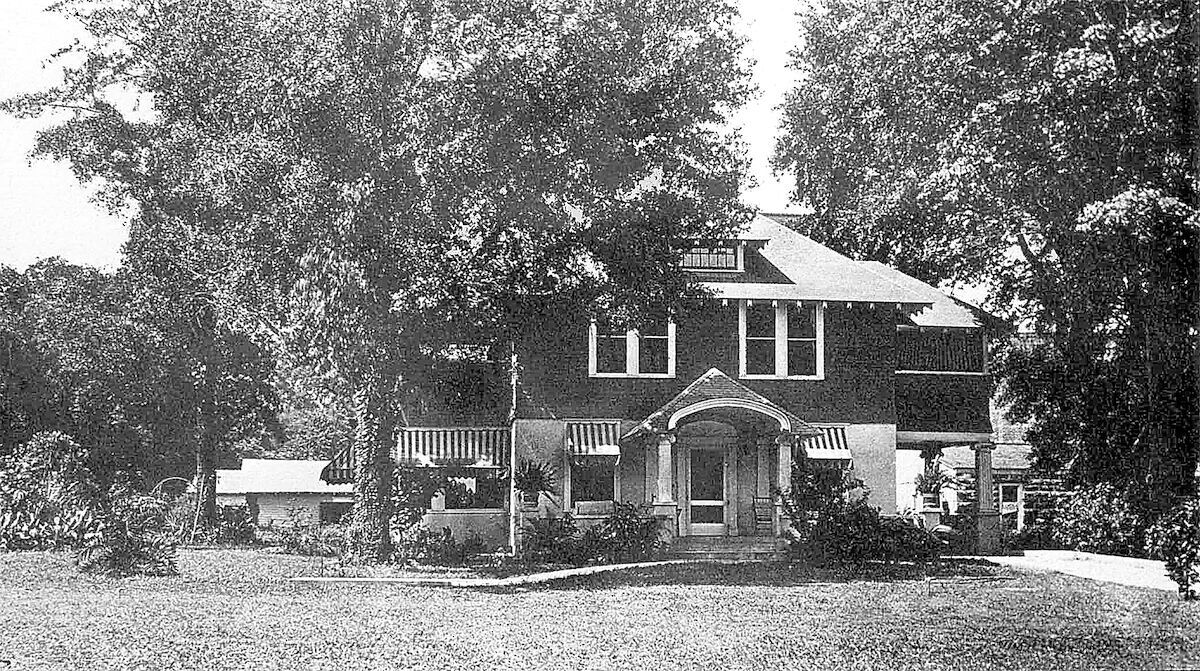 Editor’s note: As part of our West Volusia Memories series, Sally Bohon writes about structures that have disappeared over time. This is Part 1 of a two-part series.

With the recent demolition of the old DeLand Elks Club to make way for a new fire station on the corner of South Clara and West Howry avenues, another little piece of our architectural history is gone.

In another generation, it will be as if the iconic Elks Club building never existed.

Right across the street is the original M.N. Voorhis home, and I worry a bit for its fate as the City of DeLand stretches its arms. The city now owns three of the four corners of the intersection; once the fire station and an evidence building are completed, the Voorhis house will be the only private structure left on the corner.

The Voorhis house is where the earliest settlers had their first meeting in 1882 to organize “The Old Settlers of DeLand and Vicinity.”

Just a block to the north, three of the four historic homes that sat on the corner of West New York and Clara avenues are gone.

I don’t know which I feel worse about: the loss of the homes or the loss of my memory of those who lived in them. Fortunately, one house still stands at this intersection, home to an insurance agency at 302 W. New York Ave. This was once the residence of A.C. and Rosa Haynes who hailed from Grand Rapids, Michigan.

A.C. Haynes died at a bad time — 1929 — the year of “Black Friday” and the beginning of the Great Depression. Some years later, Rosa was holding body and soul together with the “Mrs. Haynes Guest House.”

When Rosa retired, she sold the house to Colin and Lula Stout and it became “The Stout Guest House.”

Colin Stout was executive vice president of DeLand Federal Savings and Loan; a tall, lanky man with an easy smile, who passed his genes to his daughter, Mickey, who grew to be 6-foot-1-inch tall and stood out as band major leading the DeLand High School band in parades.

After college, Mickey spread her wings further by becoming a missionary for the Wycliffe Bible Translators. She spent 30 years in the jungles of Brazil mentoring and caring for three indigenous tribes, notably the Kayapo, who were not reluctant to murder any strangers who stumbled into their midst. She mastered their languages, which she spoke nightly into a tape player, recording the sounds with their meanings.

While living in a mud wattle hut in the dark of the jungle, Mickey learned to eat raw grub worms, roasted bat and stewed parakeet. Occasionally she would return to the U.S. and give talks on “My Life in the Jungle.”

Somehow, she survived the ghastly living conditions, only to succumb at the age of 55 to heart disease. Though she is buried in Brazil, she is nevertheless remembered with a headstone in Oakdale Cemetery.

Across Clara Avenue from the Stout home was the home of Cary D. and Margaret Landis. The Landises arrived in DeLand in 1901 when Dr. Forbes, Stetson’s first president, hired Cary D. from Indiana to help develop the Stetson Law School.

BUT NOT FORGOTTEN — More recently, the DeLand Elks Club at the northwest corner of South Clara and West Howry avenues was torn down to make way for DeLand’s new fire station. The Elks club is shown during the demolition.

So here they came, with infant Erskine (this writer’s father) in Margaret’s arms.

Landis had a smart student named Bert Fish and, recognizing talent when he saw it, the two were soon in private practice together at Landis and Fish. They did well, and in a year or so, the firm they founded — now called Landis Graham French — will mark its 120th anniversary.