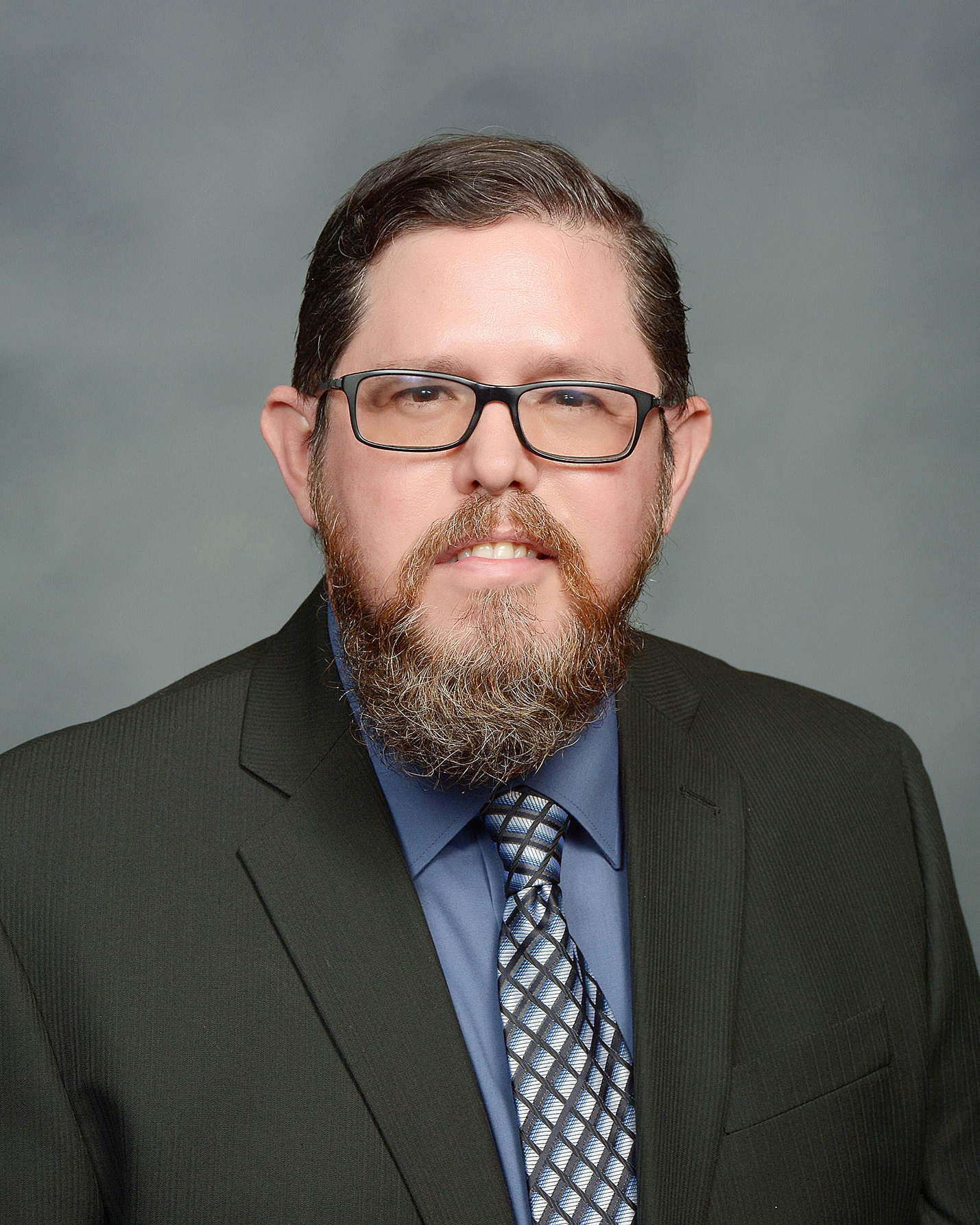 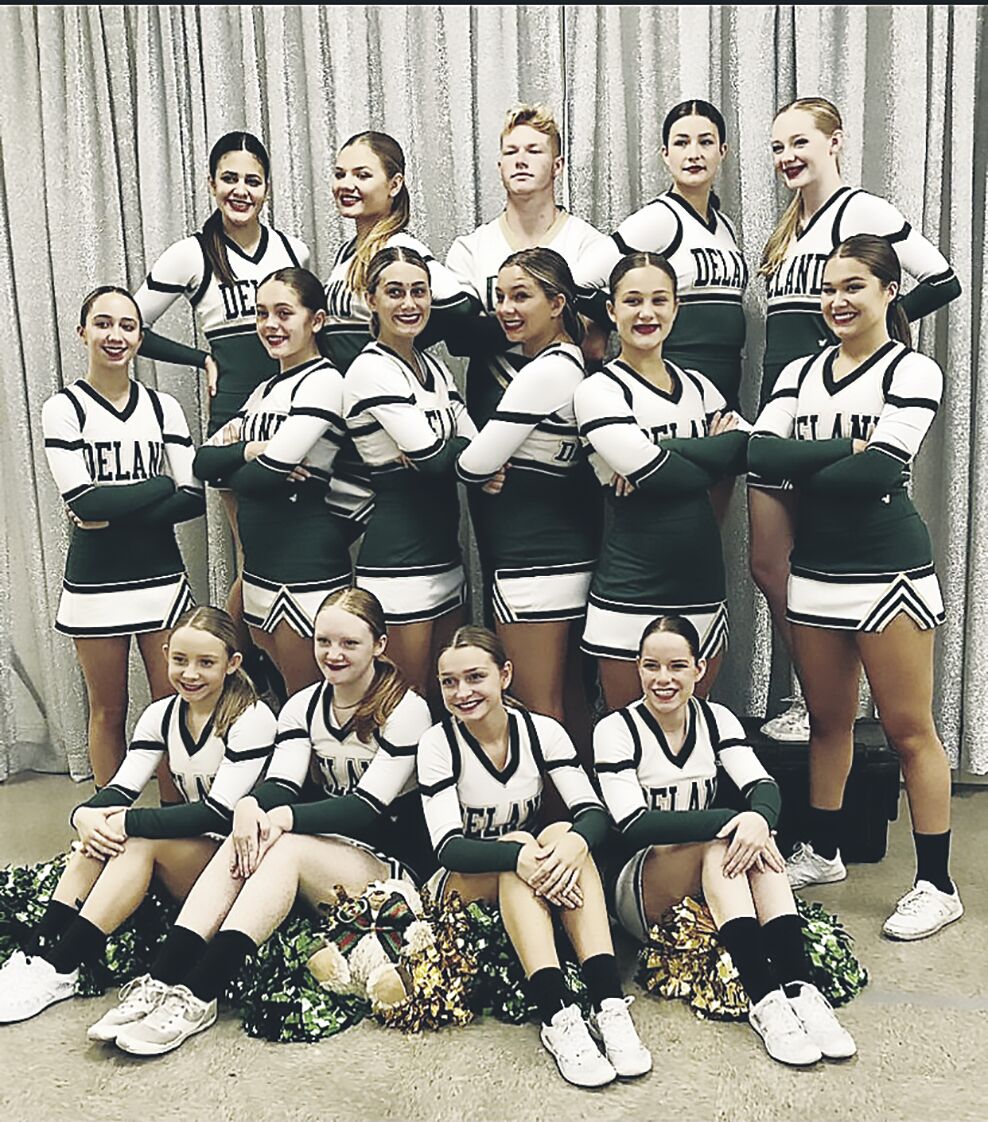 Frank Garaitonandia, art teacher at Citrus Grove Elementary School in DeLand, has been selected Volusia County Schools’ 2022 Teacher of the Year. He was chosen from among 71 nominees representing schools countywide, and will now represent the Volusia School District in the state Teacher of the Year program.

Garaitonandia is a graduate of the University of Florida, and had been an exhibiting professional artist before becoming a teacher 16 years ago. He has been at the DeLand school since 2014.

Several years ago, Nicole Grebosz, another Citrus Grove teacher, was selected as the Volusia County Teacher of the Year.

As of Feb. 5, students in Volusia County Schools are required to remain in their learning option (remote or in-person) through the end of the school year, June 4. With testing season approaching and schedules being adjusted for the new grading period, it is critical for student success that VCS has consistency of learning for the next four months.

In the first week of volunteer contributions, more than $3,000 was raised toward the scholarship, which is hoped to become a perpetual scholarship fund.

If you wish to contribute to the fund, which has 100 percent going toward the scholarship, send a check to FUTURES Inc., 3750 Olson Drive, Daytona Beach, FL 32124.

There is no school on Monday, Feb. 15, so that all students, teachers and staff can observe Presidents Day.

Students and families can order the 2021 DeBary Elementary School yearbook by going to commpe.pictavo.com and entering ID number 94391. Yearbooks cost $30 until sold out.

Manatee Cove Elementary School in Orange City has a program called “Facing the World With Love.” Its goal is to prepare students to be an integral part of the Manatee Cove community, and it’s a fun and effective way to help students with special abilities get the hang of wearing masks and extra hand-washing during the coronavirus.

The program was developed by ESE teacher Maria Rosado, along with the help of paraprofessionals Heather Murphy, Sandi Johnson and Brittany Murphy. A mini grant from FUTURES Foundation for Volusia County Schools paid for the supplies.

Students in the class read a story about the coronavirus and the importance of wearing a face covering to reduce transmission of the virus. Students then painted masks, created specialty soaps, and made bracelets, as they were inspired to help keep themselves, their friends and family safe.

The students learned when they should wear a face covering and were reassured that this is a different time in our lives and won’t be this way forever. When the lesson wrapped up, the class celebrated with a social activity and certificates were awarded.

DeLand High School senior International Baccalaureate student Sophia Abolfathi is one of two students in Volusia County to be named as a semifinalist for the Jack Kent Cooke Scholarship. This is a first for DeLand High.

Abolfathi is one of 496 high-school seniors to be named as a semifinalist for the prestigious scholarship that provides talented students who have financial needs with up to $40,000 annually for four years of college. Every year, around 60 students are chosen for the scholarship.

Cooke College Scholars are selected based on exceptional academic ability and achievement, financial need, persistence and leadership. To qualify, a student must be a current high-school senior residing in the United States. Scholarships are awarded without respect to religion, sexual orientation, gender identity, citizenship status, geographic region, race or ethnicity.

The DeLand High School competitive cheerleading team placed second in the state in the FHSAA 2A Small Coed Division. They scored a total of 69.7 points, while East Bay High School in Gibsonton won the division with 72.2 points. Sunlake High School in Land O’Lakes placed third with 63.7 points.

The DeLand boys’ basketball team won one and lost one this past week. They topped Lake Mary, 64-56, but lost to Pine Ridge in overtime, 70-69.

In the Pine Ridge game, the score was knotted at 61 points at the end of regulation time, with DeLand scoring 21 points in the fourth stanza to tie.

The Lady Bulldog basketball team lost to Ponte Vedra Nease, 69-28, while coming 2 points short of a win against Lake Nona, 44-43.

The winter sports scene is drawing toward its end, with basketball, wrestling and girls’ weightlifting closing out, while the spring sports season comes into play. Spring sports include track and field, baseball, softball, tennis, girls’ flag football and boys’ weightlifting.

Tuesday, Feb. 16, finds the DeLand High softball team hosting Lake Mary on the DeLand campus at 4 p.m., while the baseball team plays host to Winter Park at 7 p.m. on the field at the Sperling Sports Complex.

Wednesday, Feb. 17, has the DeLand boys’ weightlifters going to Orange City University at 4 p.m., with the tennis teams going to Spruce Creek at 3:45 p.m., and the track team going to Deltona at 4 p.m.

Thursday, Feb. 18, places the softball team at Matanzas for games at 5 p.m. and 7 p.m., with the tennis squads hosting New Smyrna Beach at 4 p.m., while the junior-varsity baseball team goes to Merritt Island at 6 p.m.

Friday, Feb. 19, has the wrestling team competing in the FHSAA District Tournament at Flagler Palm Coast High School, while the Bulldog baseball team travels to Orangewood Christian to play at 4 p.m. and 7 p.m.

Pine Ridge has after-school tutoring 3:45- 4:45 p.m. Tuesday and Thursday in the media center. Go to Room 06- 21 for additional information.

Students can preorder their yearbooks by going to pineridgehighschool.com and paying online. The cost is $75. No extra yearbooks will be available. After Spring Holiday, the price rises to $85.

The ASVAB Test (Armed Services Vocational Aptitude Battery) will be administered at 10 a.m. Tuesday, Feb. 16, in the auditorium. The test is for 10th-, 11th- and 12th-graders who are interested in the armed forces. A student needs to sign up in the ROTC room or the guidance office prior to the test date. Only 40 spots are available.

In the basketball game, the Panthers won over DeLand in overtime, 70- 69. Joseph Brake scored 21 points, with Treyvon League getting 16 points and 10 rebounds, while Jaylen Cheeks collected 15 points, and Ricardo Lara got 10 points.

The team has also signed 12 high-school athletes to join the program next fall, including Evan Mastromauro of Spruce Creek High School, TJ Melani from Sanford High School and Dominic Scavone of Bishop Moore in Orlando, along with seven other players from Florida and two from Quebec.

The Lady Hatter basketball team faces Liberty in Tennessee at 2 p.m. Saturday and Sunday, Feb. 13 and 14.

On Friday, Feb. 19, the men’s basketball team plays host to Kennesaw State in the Edmunds Center at 7 p.m. and again on Saturday at 5 p.m., while the volleyball team is at Jacksonville University at 7 p.m.

Saturday and Sunday, Feb. 20-21, the Lady Hatter basketball team is at Kennesaw State at 2 p.m. both days.

The Hatter men’s basketball team split with Florida Gulf Coast University, winning the second game, 77- 66, while barely losing Friday’s game, 64- 63. In Friday’s outing, Mahamadou Diawara was the leading scorer for the Hats with 16 points, while Rob Perry had 12 points and 11 rebounds. Chase Johnston dropped in 12 points, with Christiaan Jones adding 11. In the Saturday game, Perry led all scorers with 30 points, while Johnston had 20 points and five steals.

The Lady Hatter basketball team was stopped twice by Florida Gulf Coast, 72-55 and 84-62. In the first game, Jamiya Turner had 16 points to lead the team, while Yazz Wazeerud-Din had 15 points with six rebounds. In the second matchup, Wazeerud-Din scored 22 points, with Turner getting 14 points and seven rebounds, while Megan Vincent scored 11 points and also grabbed seven rebounds.

Nadine Khalaf, of DeBary, has been named to the Provost’s List at Hofstra University in Hempstead, New York.

Christina Davis, of DeBary, has been named to the President’s List at University of the Cumberlands in Williamsburg, Kentucky.