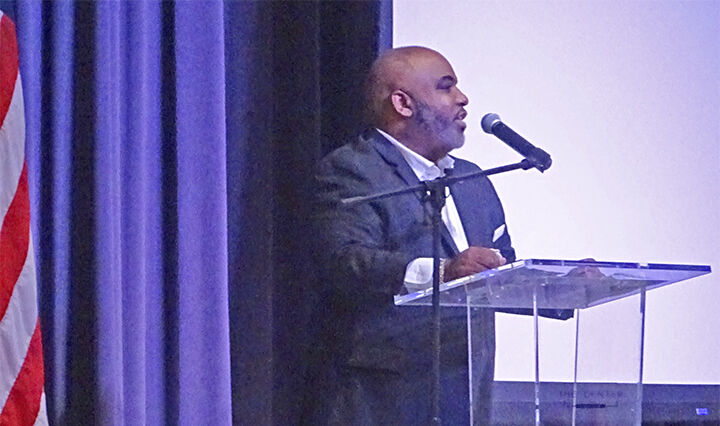 Deltona’s deputy city manager is stepping down and out.

“Please accept this correspondence as my notice of resignation as Deputy City Manager effective March 3rd, 2021. I have decided that there is no time like the present to explore other opportunities,” reads a portion of Cooper’s letter to Acting City Manager John Peters.

Located in the Atlanta metroplex, Forest Park is a city with a population of approximately 20,000. The Forest Park municipal government’s web site, www.forestparkga.gov., highlights Cooper’s career move with a banner at the top of the page.

“The City of Forest Park is pleased to announce that Dr. Marc Antonie Cooper has been selected as the Newly Appointed City Manager. Mr. Cooper’s anticipated start date will be late March,” the attention-getting message reads.

A published report from Clayton County, in which Forest Park is situated, notes the Forest Park City Council tapped Cooper as its new administrator Feb. 15.

Former City Manager Jane Shang hired Cooper as deputy city manager in 2018. When Shang resigned in January 2020, after falling out of favor with the Deltona City Commission, the elected body elevated Cooper to interim city manager with the understanding that a search for a permanent replacement for Shang would follow.

Cooper’s decision to exit Deltona comes about three months after he was demoted to deputy city manager, amid complaints from commissioners that he was failing to keep them informed about official matters and concerns of interest to them. During the pre-Thanksgiving shakeup at City Hall, Mayor Heidi Herzberg also revealed she had been surprised to learn Cooper had been searching for employment elsewhere.

The commission’s abrupt decision to demote Cooper came in conjunction with its no less surprising appointment of Public Works Director John Peters as acting city manager. Commissioners turned to Peters, whose name had not even been mentioned as a possible successor to Shang, as someone who would communicate more fully and frequently with them.

As acting city manager, Peters receives an annual salary of $160,000.

“It has been my honor and privilege to serve,” Cooper wrote in closing in his resignation letter.