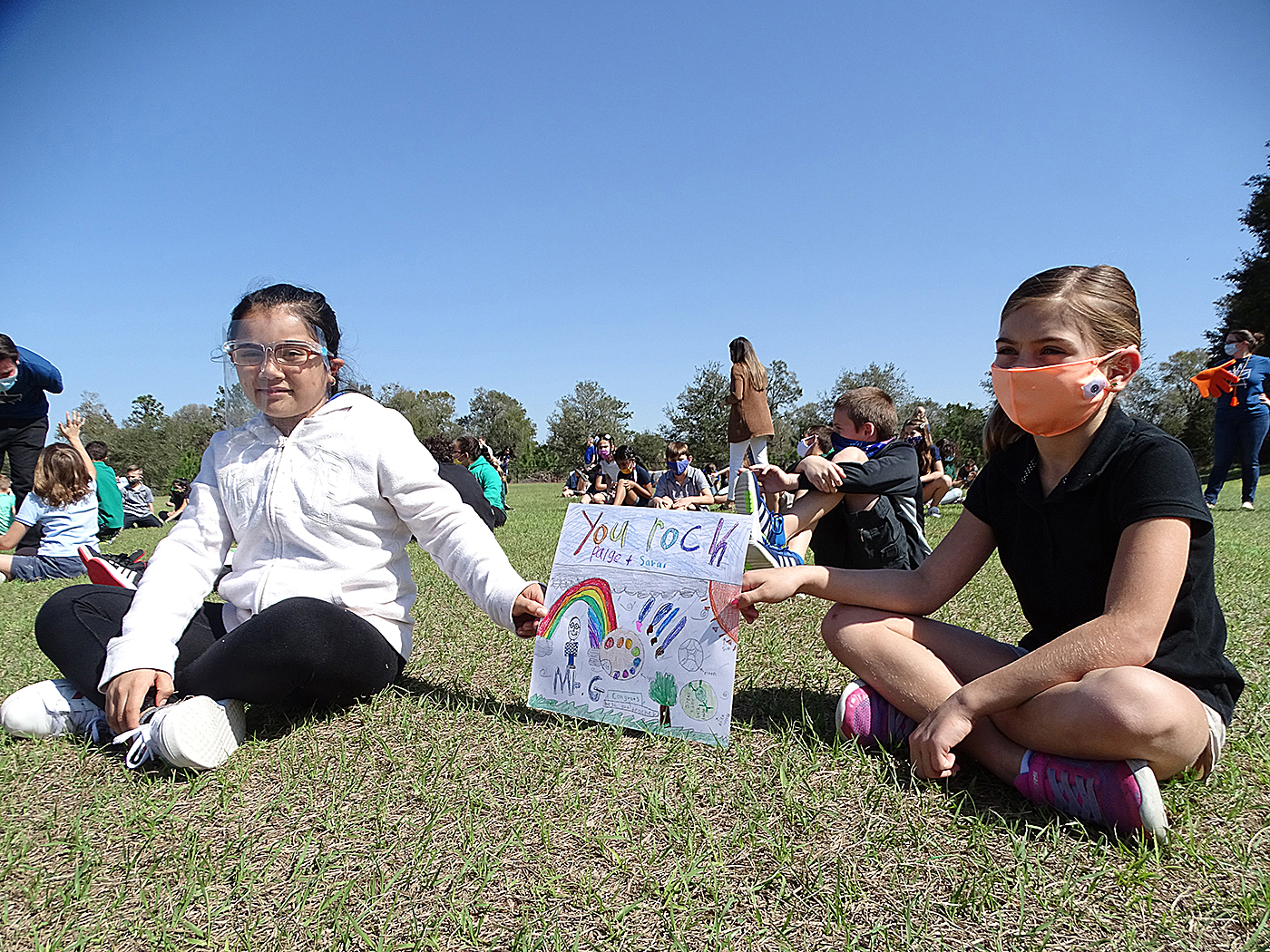 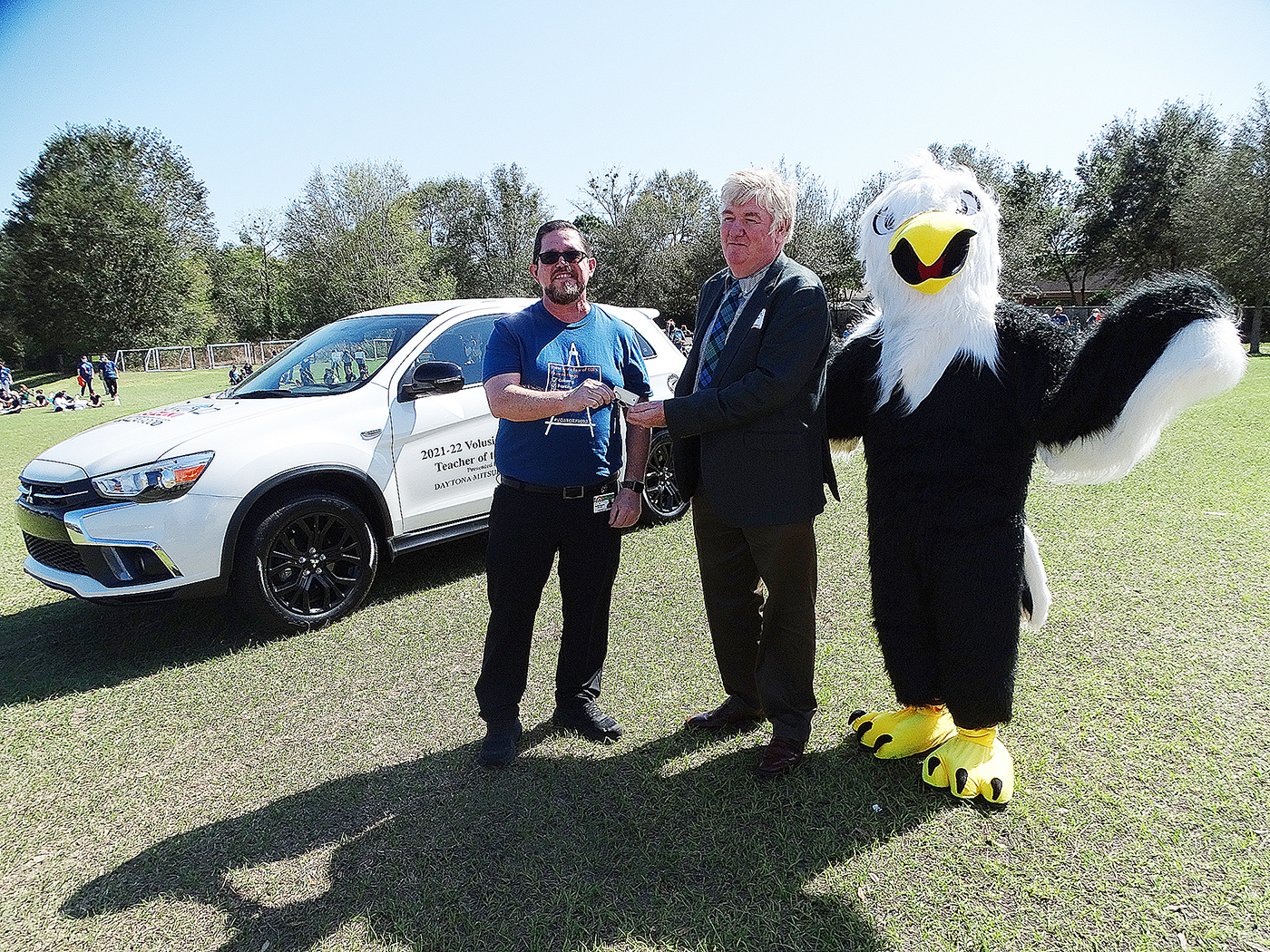 Volusia County teachers will see their new salary increase in their Feb. 26 paychecks. Teachers will receive their retroactive pay to July 1, 2020, no later than April 15.

Prepaid Plan Open Enrollment began Feb. 1 and will extend through April 30. Florida families can change the course of their children’s future by securing the children’s ability to go to college affordably with the prepaid program. There are many plans to fit into your family’s budget, and if you enroll in February, Florida Prepaid will waive the $50 application fee.

The cost of the program depends on your child’s age and which plan is chosen, but the 529 Prepaid Plans start at $45 per month for a newborn. The earlier a family starts saving for a child’s college education, the less they need to save per month. A prepaid plan allows families to pick the plan to fit their savings goals, and lock in the cost of college for less.

Some points one needs to know are: 1. Open Enrollment, Feb. 1-April 30, is the only time each year that families can lock in the price of one of the five prepaid-tuition plans and optional prepaid dormitory plans. 2. Prepaid plans work great alongside scholarships. 3. If a child attends an out-of-state or private college, a prepaid plan will pay the same amount as it would pay at a public college or university in Florida. 4. Every prepaid plan is guaranteed by the State of Florida, so you can never lose your investment. 5. A child has up to 10 years after high-school graduation to use the plan.

A team of Orlando doctors visited the San Jose Mission in Pierson in January, to provide much-needed medical checkups for local Food Brings Hope Adult Literacy students. The event was made possible by a partnership between Food Brings Hope and COAMED. COAMED is a nonprofit organization that supports underserved communities through the COAMED Association membership to provide preventive, therapeutic, supportive and rehabilitative health care services to underserved communities in the state of Florida and overseas.

The event provided services to Pierson residents, many of whom participate in the Adult Literacy Program provided at the Mission by Food Brings Hope and Daytona State College’s Adult Continuing Education Department.

Residents received medical checkups, and a pediatrician was on-site to provide services to youth. Future visits are being planned, with additional services to be added, including dental exams.

Road racers and those who run for your well-being, don’t forget that the deadline for competing in the 5K for DeLand’s Citrus Grove Elementary School’s Groovin’ at the Grove Virtual 5K is March 7. For details if you have not started, go to https:// citrusgrove5K.com.

Also, from 4:30 p.m. to 7:30 p.m. Tuesday, March 2 (and the first Tuesday of each month during the school year), is Citrus Grove Elementary Spirit Night at Chick-fil-A in DeLand, 2295 S. Woodland Blvd. This is good going through the drive-thru at Chick-fil-A. Make sure you mention CGE Spirit Night to the employees there; if you do, a portion of the proceeds from your order will go to Citrus Grove. Or, if you’re ordering through the app, just put Citrus Grove in the comments section.

Friendship Elementary School in Deltona is having its Book Fair Feb. 25-March 5. Every purchase from the Book Fair earns a reward for the school.

COUNSELOR OF THE YEAR — McInnis Elementary School counselor Sara Montalvo, left, is awarded the Volusia County Schools Elementary School Counselor of the Year Award. The DeLeon Springs Community Association Inc. presented Mrs. Montalvo with a gift card, flowers and a certificate in honor of her award and in appreciation of all Mrs. Montalvo does for our community’s children and families. Mrs. Montalvo has organized clothing drives, food drives, and various programs for students to develop their social-emotional health. She has made many positive changes to the culture of McInnis Elementary School for students, staff, parents, and the community of DeLeon Springs.

McInnis Elementary School in DeLeon Springs has announced that school counselor Sara Montalvo has been named the Volusia County Schools Elementary School Counselor of the Year. The DeLeon Springs Community Association Inc. presented Montalvo with a gift card, flowers and a Certificate of Honor for being awarded this honor in appreciation of all she does for the community’s children and families. Those attending the presentation included DSCA Inc. President Amy Munizzi, District 4 Volusia County School Board Member Carl Persis, Principal Paul Struska and Assistant Principal Joselyn Baker.

Now is the time to order your Deltona Middle School yearbook; preorders are the only way that a student can obtain a Deltona Middle yearbook. None will be sold after the yearbook delivery. To order before March 8 at Lifetouch, visit ybpay. lifetouch.com and enter the ID code: 12612121. Yearbooks cost $25 each.

For DeLand High School juniors and seniors, the ACT/NCR test will be presented March 2-4. This is a non-college reporting test and cannot be used for the following: Bright Futures, college admissions and scholarship opportunities. The deadline for signing up for this test has passed; this is just a reminder for those who did sign up as to when the test takes place.

PLAYING AT COASTAL — DeLand High School volleyball player Madison Logsdon, center, has signed to continue her education at the College of Coastal Georgia. She earned All-Area Honors three years as a Lady Bulldog, while leading the team this past season in digs with 271, and returns with 379. With her are her mother, Teresa Logsdon, left, and DHS girls’ volleyball coach Rhea Simon.

DeLand High School senior Madison “Madi” Logsdon has signed her national letter of intent to continue her education and volleyball-playing career at the College of Coastal Georgia in Brunswick. She made the All-Area Team for three years as a Bulldog, and led the team this year in digs with 271 and returns at 379. She also recorded 156 kills, 10 aces and 17 blocks. Logsdon has dedicated all practices and games to her sister, Lyndsey, who passed away several years ago.

Be sure to check the schedule listed below, as it frequently changes due to the weather and COVID-19:

Friday, Feb. 26, has the Bulldog varsity baseball team facing Deltona Trinity Christian at 7 p.m. on the field at the Sperling Sports Complex. The Bulldog wrestlers travel to Flagler Palm Coast (FPC) for the FHSAA Regional Tournament through Saturday, while the Lady Bulldog softball team goes to Spruce Creek at 5:15 p.m. and 7:15 p.m., with the track team competing at the East Coast Meet at FPC at 1 p.m.

Tuesday, March 2, has the girls’ flag-football team competing at Spruce Creek at 6 p.m. and 7 p.m., while the girls’ tennis team goes to Pine Ridge at 7 p.m.

Thursday, March 4, finds the flag-football team going to Deltona at 5 p.m., while the boys’ tennis team faces University at 4 p.m. on the courts on the DHS campus.

Friday, March 5, brings Eustis to the DeLand High campus for a softball game at 4:30 p.m., and the girls’ tennis team goes to University at 4 p.m.

Saturday, March 6, takes the track team to Lake Mary High School at 8 a.m., while the junior-varsity baseball team travels to University for games at 10 a.m. and noon.

Seniors at Pine Ridge High School in Deltona will have cap-and-gown pictures by appointment only on Tuesday, March 2. To schedule an appointment, go to www.pineridgehighschool.com, then scroll to Senior Cap and Gown Photos, and click on it. Inside this site will be the address to make appointments. For pricing, go to https://digitalbell-bucket.s3.amazonaws.com/ DD51B093-5056-907D- 8D4C-760EAECAE85C. pdf. Cap and gown for the photos will be provided by the photographer.

The Pine Ridge Theatre Spring Show, featuring Mutually Assured Destruction: 10 Plays About Brothers and Sisters by Don Zolidis, will take place at 7 p.m. Thursday, Feb. 25, and Friday, Feb. 26, and at 5 p.m. Saturday, Feb. 27. There is a charge for seeing this play.

The Stetson University Athletics medical team is composed of Drs. Mark Hollmann, Ben Thomasson and John Hill, who work with Stetson as team physicians to help serve the student-athletes’ physical needs so they can compete at the highest levels.

AdventHealth provides innumerable medical services, from certified athletic trainers to physical therapy and rehab services, while Stetson’s own sports-medicine staff works diligently every day with coaches and students to make sure everyone remains healthy.

Drs. Hollmann and Thomasson are part of the team at Florida Orthopaedic Associates, while Dr. Hill serves as a primary-care physician and sports-medicine specialist at West Volusia Family and Sports Medicine.

The Stetson squad is ranked 11th nationally in the AVCA preseason poll. The team opens their 2021 season Feb. 27-28 on Cooper Beach Courts on the Stetson campus with the Stetson Spring Fling. Matches on Saturday and Sunday will be at 8 a.m., 10 a.m., noon, 2 p.m. and 4 p.m.

The Stetson women’s basketball team was stopped twice by Lipscomb, 58-54 and 66-54. Yazz Wazeerud-Din was the leading scorer in both games, with 14 points and 22 points, respectively. In the first game, Tonysha Curry had 12 points and 10 rebounds, while in the second game, Maria Visone scored 11 points and had six rebounds.

The Stetson men’s golf team placed fifth at the Oldfield Invitational in South Carolina with a total of 889 strokes. The tournament was won by Virginia Tech with an 831 score. Stetson’s Christopher Williard placed fifth with 74-66-73 for a 213 total.

The men’s tennis team was stopped by Troy, 6-1, while the Lady Hatters were just stopped by USF, 4-3.

The men’s soccer team opened with a tough match with Florida Atlantic, who won the game, 1-0.

Home contests for the Stetson rowing teams, men and women, matching strokes with Adrian and Rollins are at 8 a.m. Saturday, March 6, at the Sandra Stetson Aquatic Center in DeLand.

The Lady Hatter lacrosse team plays host to the University of Florida at 1 p.m. Saturday, March 6, on the Stetson Athletic Training Field.

The Hatter women’s volleyball team plays host to Jacksonville University Friday-Saturday, March 5-6, at 6 p.m. both days in the Edmunds Center.

The women’s tennis team faces FIU at home at 10 a.m. Wednesday, March 3, on the Mandy Stoll Tennis Courts, and the Stetson men face FAU Friday, March 5, with the starting time to be announced.

Peter Nikolic, of Deltona, has been named to the dean’s list at The University of Alabama at Tuscaloosa.

Lauren Fantone, Kaylee Rice and Courtney Taylor, all of DeLand, have been named to the dean’s list at The University of Tampa. Fantone, who plays softball at Tampa, is majoring in accounting, while Rice majors in athletic training, and Taylor is working on a degree in film and media arts.