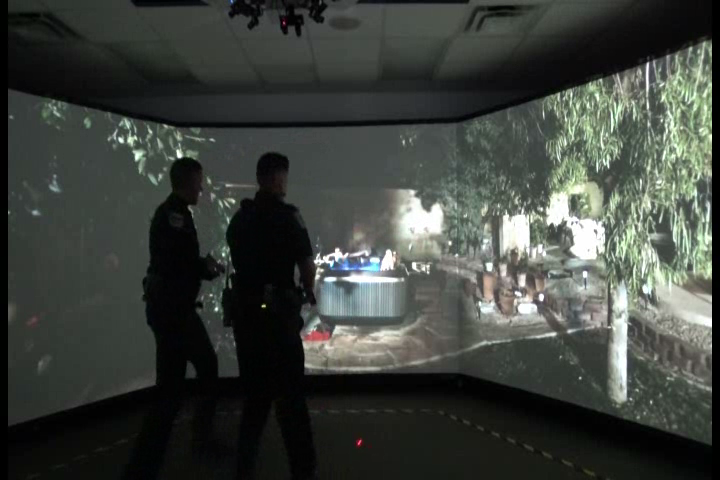 After decades of relying on outside institutions to provide basic law-enforcement training to deputy recruits, the Volusia Sheriff’s Office has gotten state approval to operate its own training academy — allowing the agency to recruit, hire and train its own deputies at the highest level while paying them a salary plus benefits.

The state Criminal Justice Standards & Training Commission Feb. 11 gave final approval to the Sheriff’s Office proposal, brought forward by Sheriff Mike Chitwood as part of a strategy to increase the level of training, streamline the hiring process and allow new recruits to launch their law-enforcement careers without having to pay for basic classes out of their own pockets.

“From the day you’re selected for hire, we’ll pay you, train you and prepare you for a successful, rewarding career in modern law enforcement,” Chitwood said after the program was approved. “We’re investing in you from the beginning, so you don’t pay to go to school — we pay you.”

HANDLING AN ‘ACTIVE SHOOTER’ SITUATION — Under the watchful eye of an instructor, a deputy learns how to respond to a supposed “active shooter” as part of the deputy’s training.

With the new model, recruits will be hired, paid and trained as Sheriff’s Office employees. Under Chitwood’s plan, the training will build on the existing curriculum with even more emphasis on community policing, on body cameras, on cultural diversity and implicit bias, and on de-escalation tactics.

Sheriff Chitwood thanked the FDLE and CJSTC for their careful consideration and approval of the proposal, and also gave special thanks to state Sen. Tom Wright. A post from the sheriff is available on Facebook: facebook.com/sheriffchitwood/posts/3551785708264291.

Candidates interested in a career as a deputy should visit BecomeADeputy.com for more information and a link to apply online.