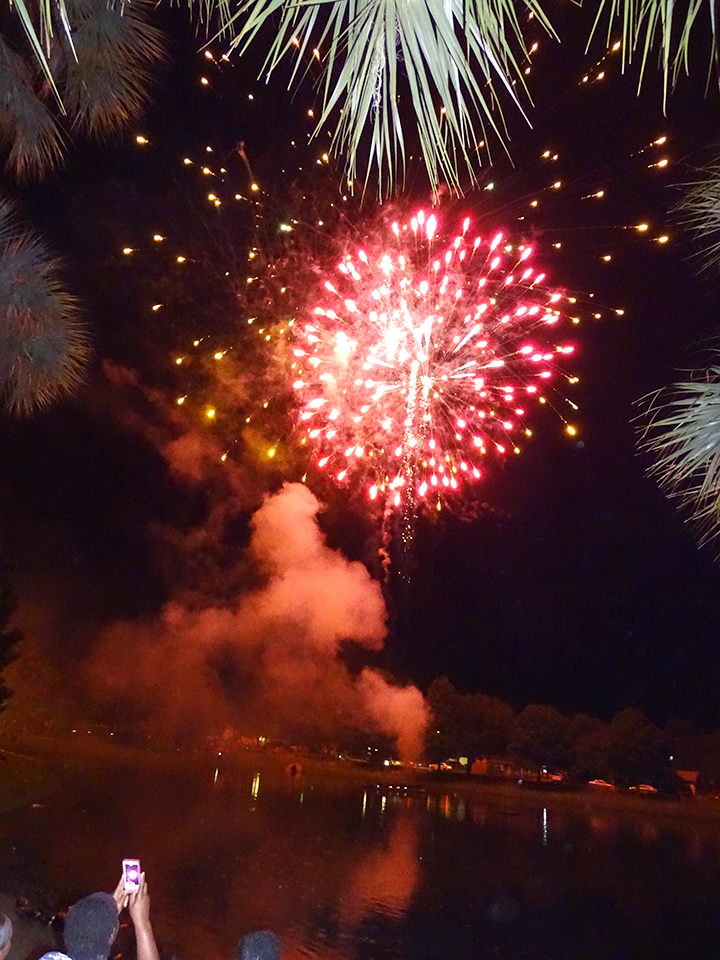 The City of DeLand’s annual July Fourth fireworks display, called the Firecracker Festival, is set to return for 2021. The event received a nod from the DeLand City Commission at its April 5 meeting.

“The Firecracker Festival typically is one of the city’s largest events, drawing thousands of people to Earl Brown Park. Staff will be looking at ways to spread out the crowd,” City of DeLand spokesman Chris Graham said in a press release. “This could include using nearby facilities for seating, such as Spec Martin Stadium and Conrad Park, that offer prime viewing for the fireworks.”

While fears about COVID-19 lingered, City Manager Michael Pleus pointed out the event could signal a return to normalcy after a year of cancellations.

“As we’re rounding the corner and people are getting vaccines — we’ve been at this for over a year — I think people want something that seems normal,” he told the DeLand City Commission. “They want to be able to celebrate our Independence Day, and it’s something I think the residents would deeply appreciate if we could do that.”

The city will encourage masking and social distancing, and hand-sanitizing stations will be available at the event.

While the future is uncertain, the city is planning for the best come July.

“We’ll be monitoring how our numbers are trending. Should there be a large surge in numbers, then we’d re-evaluate,” Graham told The Beacon. “But for now, all systems go.”

More details about the event will be announced at a later date.