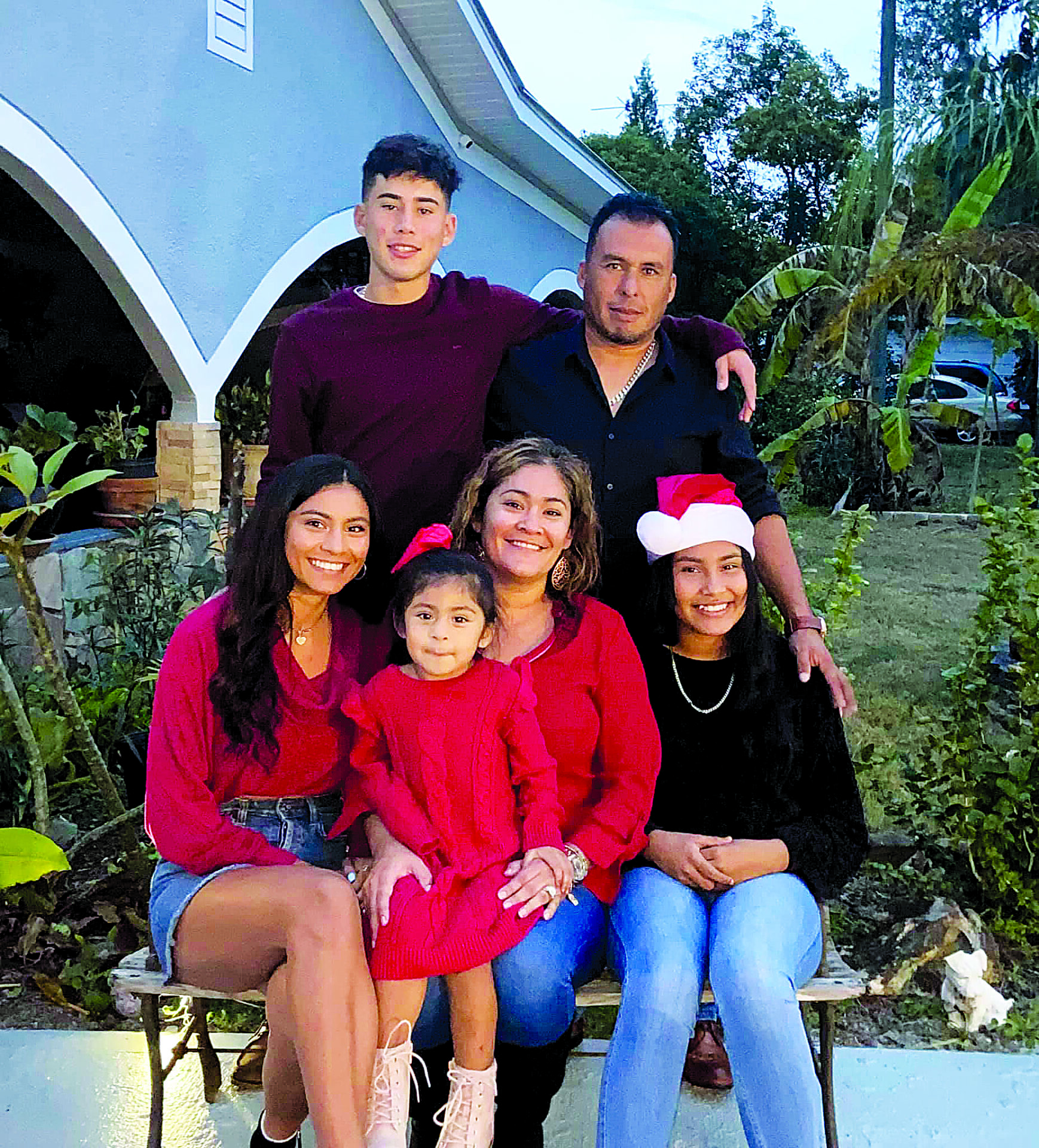 Editor’s note: This story by Marisela Beltran is part of a collection of stories about successful women collected by Beacon columnist Dr. Primrose Cameron, in honor of Women’s Month in March.

As a child, I grew up watching my parents work in the fern fields of Northwest Volusia from the early hours of the morning until the late hours of the evening. My father was a crew leader, and worked with my mother and a few others.

Dad always told us he wanted us to get an education and be something in life — anything but fern cutters. He didn’t want us to suffer those hot summer days or those super-cold winter days out in the fern fields.

Growing up, he introduced us to the hard labor of fern cutting, just so that we could avoid it.  I always knew I would never want to cut fern for a living.

My father died when I was 13, leaving behind a 36-year-old widow with five children, ages 11 to 15.  Our mother had married when she was 16 years old, and knew nothing about being alone in a country where she didn’t speak the language. She didn’t even know how to drive a car.

We had to fire up fairly quickly. My older brother dropped out of school to work in a packing shed and help the family. We were fortunate enough to have been left with money from a life-insurance policy our father had, so we had a home to live in that was ours.

While our brother worked, the rest of us continued going to school. At age 15, I met my now-husband, Beto. We started dating and, at the age of 17, during my senior year, I became pregnant with our oldest daughter, Abby.

I became a statistic: a pregnant Mexican teenager. Our culture brought us up to believe that was it — the end of the world for me. My life was written out for me: Drop out of school, and become a mother and a housewife, while the father worked to provide for his family.

I remember saying yes, I’ll get married. I mean, why not? I was young, pregnant and in love. That was fine with me. We got married in February 2000, when I was four months pregnant, and I continued going to school.

It was so embarrassing when I started to show. I was walking around high school pregnant. I was told to switch schools, to attend a school where there were other pregnant teens because it “looked wrong” to have a pregnant student on campus.

I didn’t move to another school, but I had missed some classes, which meant I couldn’t graduate with my senior class. I took summer-school classes to make up for missed credits, but I was short one class, so I had to go back to school for nine weeks the following year to be able to officially graduate. I remember leaving my newborn daughter with my brother for two hours a day, so I could go to class.

I remember being told to stay home. Why was I wasting my time trying to graduate? What was the point? I wasn’t going to do anything with a diploma. I think that pushed me more. I was determined not to be labeled as a failure because I had gotten pregnant at a young age.

I was able to graduate from high school, and I knew I couldn’t stop. I would think of my dad every day and tell myself, “He wanted better for you.”

Against everyone’s advice and wishes, I enrolled at Daytona Beach Community College. I started at the bottom, getting a certificate for office specialists. It was nothing. That was it, but it felt like a step to me, and I was proud.

I struggled finding babysitters while I was in school, but I knew I could always count on my brothers and sisters to help.

My life changed one day when I was driving my mother to her home from an appointment. I was 21 years old at the time. I had my college certificate and was working on my associate degree.

My mother asked me to stop at the local bank to help her make a deposit. She needed me to translate for her because the bank didn’t have any bilinguals. We entered the bank and, as we approached the teller line, I saw a sign that said “Ask me about working here.” So I asked the teller. She said yes, we are hiring. You just need to set up an appointment and bring a résumé. I said OK.

I dropped my mom off and started the drive back home. On my way, I stopped at the local library to print my résumé. I didn’t have much work experience and I didn’t have a degree, but I told myself, all they can say is no.

The next day, I called about the position, and I was told I’d be contacted by a recruiter for a phone interview. I hadn’t told anyone anything about the job. I didn’t want to disappoint anyone if I didn’t get it.

I remember waiting for the call from the recruiter, and I was super-nervous. I had never had an interview, and this was for a bank job!

The recruiter called me and told me about the job. She asked me questions, and after about 30 minutes, the interview was over. She told me she would send my résumé to the manager and they would call me for an Interview if they chose me.

I felt good after the interview, but I still said nothing. A couple of days went by, and I began to lose hope, but then I received a call from the bank manager asking to set up a time to meet me.

I set an appointment for the following day, and I asked my husband if he could watch the baby so I could go to the library to do some work. I went to the library to print a résumé and type up a cover letter for my interview.

I met the manager the following day, and I felt like it had gone very well, but she mentioned a few times that I had no experience in banking, so I felt I wouldn’t be hired.

I went home to my husband and daughter, and still said nothing about where I had been.

My husband and I were having dinner the following day, when the phone rang. It was Kathy, the bank manager. She told me, “I have interviewed many applicants in my life, and quite a few for this current position, but I want to offer you the job, and I want to tell you why.”

She continued, “You have no experience in banking, but in your cover letter you said something that stuck with me — don’t take my lack of experience as a negative thing, look at it as a positive. Since I have no banking experience, you don’t have to break any bad habits. The way you teach me to do things will be the only way I’ll know. And that’s why I’m going to hire you.”

I couldn’t believe it! I was going to start a job as a part-time teller at a bank! I hung up and told my husband the news, and that was the beginning of a wonderful career in banking. While at my first job, the company paid for me to finish my associate degree, and I continued to get my bachelor’s degree in supervision and management.

Today I am a bank manager and vice president with Regions Bank. I’ve managed multiple banks at the same time. I have gotten numerous promotions, and I now sit at the desk conducting my own interviews and doing the hiring for my branches.

I’m not finished yet. Working on my master’s degree while being a mother to four wonderful children has been challenging, but worth it. It’s a mindset. You have to tell yourself you can do anything, and you will. Don’t let anyone tell you otherwise.

You are in charge of your destiny. It won’t be easy, but it will be worth it. Change your future, and change the future for your children.

My children know that they are expected to attend college and to do more than their parents. I will push them and any other person who crosses my path, because I believe everyone can be successful, regardless of what life they are currently leading or what the world says their life is destined to be.