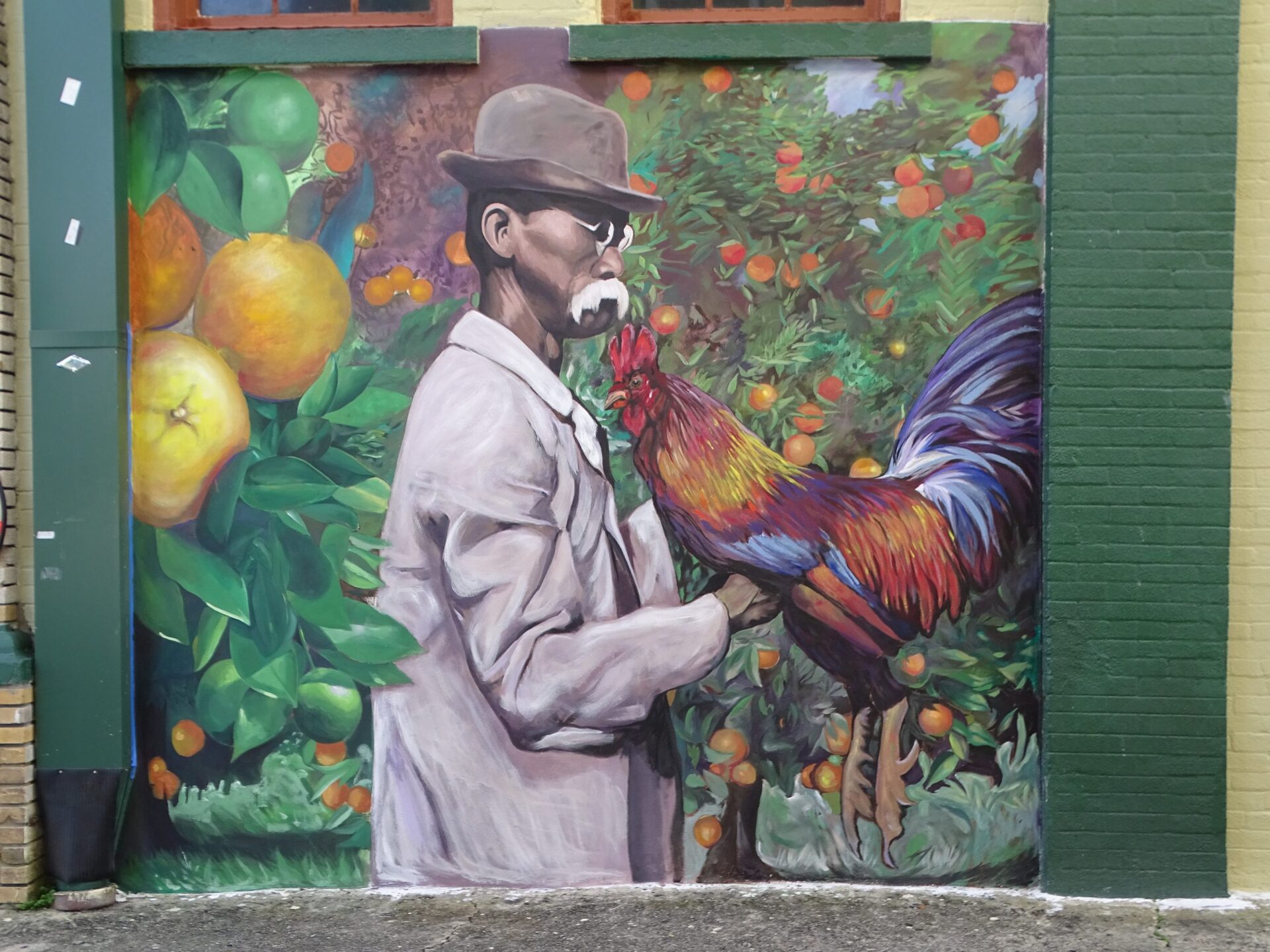 The City of DeLand is considering the creation of a mural committee to oversee public art installations. So far, City Attorney Darren Elkind said, none of DeLand’s many murals have been problem murals. He’d like to keep it that way.

Prospective committee members would be required to have background or “other involvement” in art, and must live or work in the Greater DeLand area.

“As we grow and become bigger … folks will want to put up murals, or will put up murals that didn’t go through a process, that we don’t like, that cause outrage in the community, because of the substance of it,” he said. “Not having a codified process to allow all of these murals means we’re in a difficult situation if we want to take enforcement action against something that would qualify as a mural or other work of art on the side of a building.”

One Downtown DeLand merchant happy to see an official process is Ella Ran, co-owner of Outsiders USA, located near Artisan Alley, behind The Muse Book Shop, at 112 S. Woodland Blvd.

BEFORE … — A piece of graffiti currently decorates the door outside of Outsiders USA, an outdoor-goods store near Downtown DeLand’s Artisan Alley. Outsiders USA co-owner Renee Stewart said they chose not to remove the graffiti, because they liked it, and she supports public art. She and her co-owner, Ella Ran, are hoping to get a mural approved to cover it up.

AFTER? — If all goes according to plan, Outsiders USA will be decorated by a new mural featuring the likeness of former United States Supreme Court Justice Ruth Bader Ginsburg. Outsiders USA co-owner Ella Ran said the current system — or lack thereof — can be confusing, and she hopes introducing an official process will mean more murals for the city. This mural will be the last to go through the old approval process.

Ran and Outsiders USA co-owner Renee Stewart want to cover a piece of graffiti on the store’s door with a mural of former Supreme Court Justice Ruth Bader Ginsburg. Ran submitted an application for the mural months ago, and has expressed confusion about the current method — or lack thereof — of getting a mural approved.

“This whole process was pretty confusing for us, and we weren’t sure what the steps were and how we would be approved,” she said. “I think it would be nice to have the steps laid out clearly.”

The two are excited to get a new mural put up on their door. Public art, Stewart said, drives people Downtown and helps business and the city’s atmosphere.

“I’m a big fan of as much art on walls as possible,” she told The Beacon. “I like expression.”

Stewart expressed concern about the city potentially regulating art, but she is optimistic about having an official process.

“I would like things that give me pause, like some of the sculptures,” she said. “It’s good for your mind.”

The Bader Ginsburg mural will be considered under the previous rules, and will go to the DeLand Historic Preservation Board in early May for approval. It already has the nod of the MainStreet DeLand Association and the city’s Arts, Culture and Entertainment District committee.

Most recently, individuals looking to put a mural in the Downtown DeLand area would take the application to the MainStreet DeLand Association. From there, the application would be passed along to the DeLand Arts, Culture and Entertainment District, or ACED. If necessary, such as for murals planned on historic buildings, MainStreet would involve the Historic Preservation Board.

MainStreet Association Executive Director Wayne Carter is in favor of ironing out a more official process.

“More and more people are wanting murals, so it became evident there needed to be some consistent process for people to go through,” he said.

If the new ordinance passes, individuals — anyone from business owners, to artists, to the city itself — interested in putting a mural up in DeLand will submit an application to the Mural Committee.

If the plan looks good, from the content to the artist to the planned colors and materials, the mural will be voted on by the committee. If the city’s historic district is involved, the Historic Planning Board will also weigh in about whether the mural could detract from a building’s historic integrity.

If a mural isn’t approved in the new process, the applicant could appeal the decision to the DeLand City Commission, which would have the final say.

DeLand city commissioners had questions about some aspects of the ordinance, but were overall in support of the move.

Art, she pointed out, is largely subjective. Her daughter, for instance, refers to the sculpture called Juego, in front of the Bank of America in Downtown DeLand, as “a naked lady with her butt in the air.”

“Art professionals, they have a certain eye, and sometimes the eye is not for just the average person who’s just enjoying taking a picture by a mural,” Davis said. “We all have a different way of looking at things. Something so permanent as a mural, I don’t think we should miss the mark. This is years of being on a building.”

Stressing diversity, Davis said, she wants to ensure the city is welcoming to everyone.

Commissioners also worried that this would merely be the city playing the role of art critic.

The committee’s role, he said, would be to ensure that murals live up to a high standard, that materials and colors are up to snuff, and there is a timeline for completion, as well as a plan for maintenance. Mural Committee meetings would be open to the public.