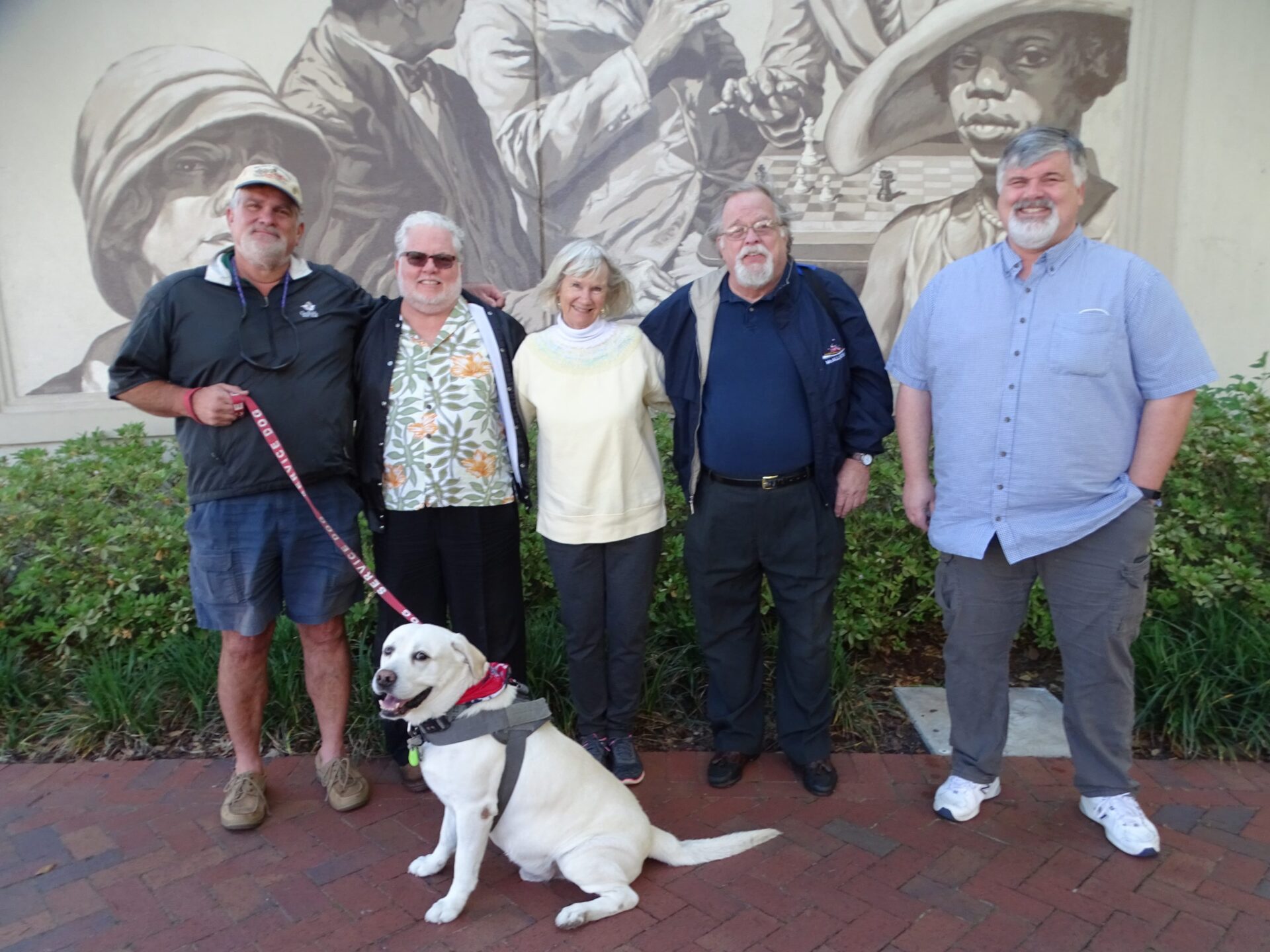 The Hall of Patriots is an installation engineered by Dan Friend, president of DeLand Historic Trust Inc. The Historic Trust will maintain four large display cases in the courthouse rotunda, each with portraits and information about local veterans.

Twenty-four portraits at a time will hang in the exhibit, featuring veterans who served in the U.S. military from World War II to recent conflicts in the Middle East. The display includes photos and information about the individuals.

From time to time, the DeLand Historic Trust will rotate the portraits from a selection of nearly 150 veterans’ profiles curated by Friend. All the portraits Friend makes are posted on the Facebook page he operates, West Volusia’s Military Heroes.

Friend, a West Volusia native, has been planning the courthouse project for several years.

“After doing all the research on the individuals named on our Korea/Vietnam/Gulf War Bronze plaques at Bill Dreggors Park that we had funded and placed on the Wall of Honor, I realized tons of amazing things had been done by folks from West Volusia that almost no one knew about,” Friend told The Beacon. “I decided to do what I could to preserve those individual details for the future; not just their name. I hope others will do the same for their communities.”

Before his involvement with Friend, Gunby had no idea his grandfather had received the Silver Star.

“As a bonus of Dan’s diligent research and my association with DHT, I was elated to learn that my grandfather, D. Kirk Gunby, was a decorated war hero, having been awarded the Silver Star for gallantry in action,” Gunby told The Beacon. “I learned this some 50 years after his death. And while he was always my hero, I never knew anything of this extreme honor until very recently.”

Friend coordinated with Volusia County staff to install the portraits. County spokesman Kevin Captain said the county is pleased with how the display turned out.

“We’re delighted with the outcome,” he told The Beacon. “It honors our veterans, pays tribute toward our local military patriots, and makes great use of the display cases that now provide enduring community education.”

With the portraits now installed in the courthouse rotunda, Friend said, he is glad to see that these patriots’ stories will be remembered.

“This exhibit will get the information out better than anything else we could have done. We are so pleased the space was made available to us,” he said. “It’s vital for future generations to remember these folks and what they achieved.”

The Hall of Patriots portraits are in the first-floor rotunda of the Historic Volusia County Courthouse, at 125 W. New York Ave. in DeLand. The courthouse is open 8 a.m.-4:30 p.m. on weekdays.