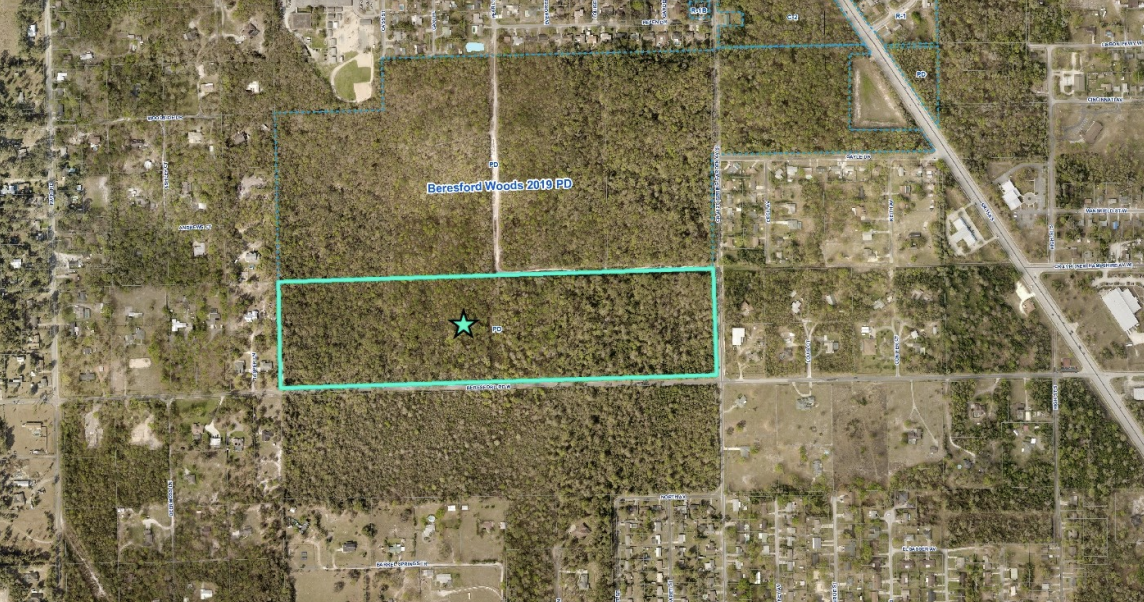 The DeLand City Commission pumped the brakes on a 131-home single-family housing development at the corner of West Beresford Road and South Spring Garden Avenue.

The development, known as Oak Hammock, was first approved in 2006, alongside another recently finalized development, Beresford Woods. Oak Hammock never materialized, and a proposed revitalization is looking to change that.

Originally zoned for 106 homes, the development was presented to the City Commission April 19 as a 131-home development of 40-, 50- and 60-foot homes.

Changes have been made since the proposal last came before them, but the City Commission still expressed hesitation about approving some 130 new homes, nearly half of which would be on 40-foot lots.

Attorney Glenn Storch, representing owner Sarasea LLC, said recent changes — since it was heard by the DeLand City Commission in February — focused on ensuring the community could not be seen from the road.

The entrance to the subdivision was originally planned to be flanked by homes, but these were removed at the behest of the city and replaced with a 25-foot vegetative buffer.

This development proposal comes on the heels of final approval for Beresford Woods, another 130-home development connected to Oak Hammock to the north. The two developments, if both approved and constructed, would be connected by roads running inside the two neighborhoods.

Commissioners worried that, unable to fully predict the impact of Beresford Woods on the city, moving forward with more houses before ground breaks at Beresford Woods could cause problems.

“It’s a difficult job being up here right now with the magnitude of developments coming before us and trying to do what’s in the best interest of the city,” Commissioner Chris Cloudman said. “So, in a vacuum, looking at this, I think there’s been a lot of great effort put into it. As a whole for the area, I’m just having a hard time moving forward with more on top of what has yet to even be put onto that area.”

After all, Commissioner Charles Paiva said, “Much like savings or problems, a little bit does add up.”

With so many 40-foot lots, Paiva said he was unable to support the development as presented. Commissioners expressed a desire to see a lower density of homes when the project comes back to them.

The City Commission commissioner present unanimously approved a continuance for Oak Hammock. Commissioner Jessica Davis was absent from this meeting.

The development is expected to return at the commission’s Monday, May 17, meeting. This date could change subject to the applicant’s availability.