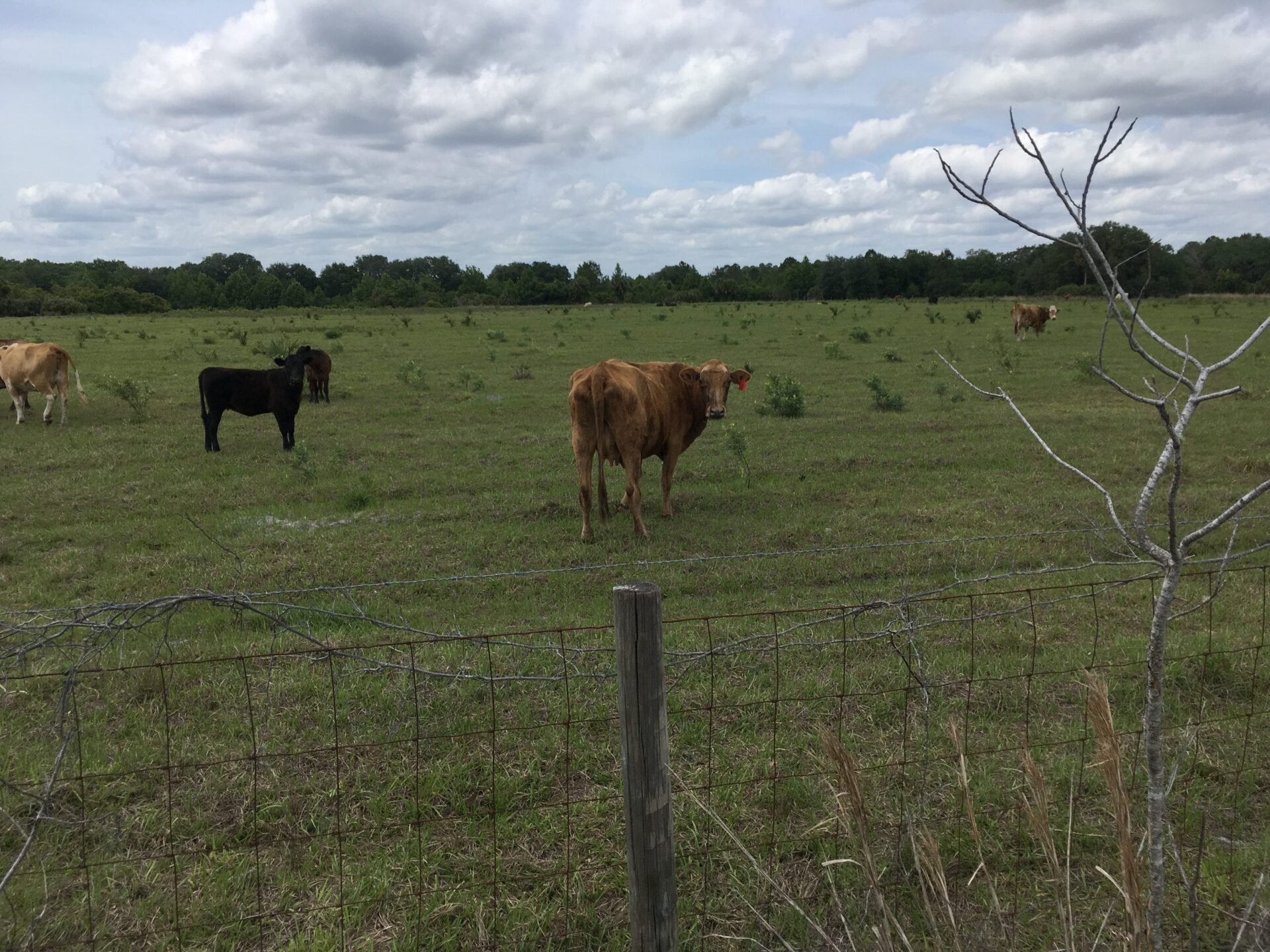 Osteen-area residents are trying to decide whether to sue, after the Deltona City Commission approved a 189-home development on 110 acres in what is now a rural, wooded lakeside setting.

One city commissioner said the vote will “forever change” the character of Osteen.

After a public hearing lasting more than five hours April 19, commissioners voted 4-3 in favor of the rezoning to allow Hickory Lakes Preserve.

Forty-five residents spoke at the hearing, and all of them were opposed. Another 30 emails voicing opposition were read into the record.

“Shame on you for not listening to the people! These people out here — the people you are supposed to represent!” City Commissioner Loren King told the majority of his colleagues at the midnight hour, after they cast the votes in favor of a new suburb in a rural setting. “You heard it tonight. Every single person who spoke on this development was against, and you sit up here like you know something that nobody else knows with a holier-than-thou attitude — Shame on you!”

King later apologized for his salvo, but passions ran high and deep at the marathon meeting.

Opponents of Hickory Lakes Preserve may have one more card to play to stop the project.

“There are a couple of legal options in the court system. There may be an option with the city. I expect the clients to make a decision by the end of next week,” Cliff Shepard, the attorney representing Osteenites who object to the rezoning, told The Beacon.

Deltona said it will work

“There is adequate infrastructure to support the development,” Deltona Development Services Director Ron Paradise said at the outset of the hearing.

In response, snickers, moos and catcalls came from the audience.

The approval rezones the 110 acres on the south side of Enterprise Osteen Road from Agricultural to Residential Planned Unit Development. The tract has woods and wetlands, and part of it fronts on Lake Little. Several of the surrounding properties have agricultural zoning, assigned by Volusia County.

Deltona annexed the land in question in 2006, and the parcel retained its county zoning of A-1 Agriculture, which allows one home per 10 acres.

The developer and owner of the land is Osteen Acquisitions Group LLC. Mark Watts, the attorney for the developer, said his client had revised his original plan, including a reduction in the number of homes from 220 to 189.

“We have removed all lots from the flood plain,” he noted.

He also said buffers along Enterprise Osteen Road were increased from 25 to 75 feet.

If you build it, the traffic will come

As for a potential increase in traffic along Enterprise Osteen Road and State Road 415, Watts said his client has agreed to pay for a traffic light at the intersection of the two roadways.

“The signal has to be there and functioning before homes may be built,” he told the commission.

As well as environmental concerns, traffic was another top issue. Enterprise Osteen Road, a two-lane thoroughfare, provides the only vehicular route into and out of Hickory Lakes Preserve.

Volusia County Traffic Engineering showed an average daily count of 1,250 cars and trucks on the segment of Enterprise Osteen Road between Reed Ellis Road and State Road 415 in 2019, the most recent data available. The road has a level of service — somewhat similar to a grade, in terms of its ability to enable people to carry traffic — of C, on a scale of A to E.

The Deltona city planning staff reports the new neighborhood will add more than 2,000 trips per day to Enterprise Osteen Road.

King noted the traffic study provided by the developer had used older information, rather than more current numbers.

“I would suggest we put this whole thing off until we have a new traffic study,” King said, evoking applause and cheers from the audience.

“I don’t think the traffic would be comparable to the traffic because of COVID,” Paradise said, referring to the lower numbers of vehicles on the roads during the pandemic.

The case for Hickory Lakes Preserve did not sway critics.

“This is an environmentally sensitive area,” he said, adding Hickory Lakes Preserve is “not compatible with surrounding development patterns.”

“This drops an urban development smack-dab in the middle of a rural area,” he said.

As the evening wore on …

Members of the audience agreed.

“Let them go ahead and build it — one home on 5 acres,” Enterprise resident Bob Sayre spoke.

“We can stop the growth now,” he told the City Commission. “You have an opportunity here. … You are going to take a vote for all of Volusia County. … Stop it now. Save the land.”

“Once you build on undeveloped land … the wildlife is going to move or die off,” Donald Freeman said. “This land is very valuable. Look at the people out here. … They don’t want this.”

In a rebuttal to the objectors, Watts said Hickory Lakes Preserve complies with state growth-management standards.

A majority of the City Commission agreed.

“I’m hopeful that this development, with stormwater [control] and other amenities, will be able to help Kove Estates,” Mayor Heidi Herzberg said, referring to a nearby mobile-home community still in unincorporated Volusia County.

“The character of the area is going to be forever changed,” McCool said.

The approval of Hickory Lakes Preserve follows approval of other residential developments either underway or pending in and along the south side of Deltona, including Courtland Park, Doudney, and Vineland Reserve.

Plenty of people are critical of the Deltona City Commission’s decision to rezone 110 acres for 189 homes tightly packed in a low-lying area on Deltona’s south side, an area that has historically been a part of Osteen and a remnant of the old Florida frontier.
Bisected by State Road 415, Osteen is a place of farms and ranches where people who want a measure of peace and quiet apart from the noise and pressures of urban life call home. There, at the Osteen Diner, we ran into three who treasure that lifestyle.
“As a resident of Deltona, I’m rather upset that they’re going to put this thing out here,” Phil Loranger, a retired Army officer, told The Beacon, referring to Hickory Lakes Preserve.
Loranger did not attend the April 19 City Commission meeting, but he followed the story, recalling none of the lay people in the audience spoke for the project.
“There’s no support for it,” he said. “I think they forgot what democracy is, because they didn’t listen to any of their constituents or citizens.”
Loranger’s wife, Gem, questioned the idea of building on land that has flood plains close by.
“By the time they get this thing built, it will be like a big concrete pad. Where’s the water going to go?” she said.
Gem Loranger said she wonders, too, if there may be problems with connecting new homes to a municipal sewer system under scrutiny by the Florida Department of Environmental Protection. The FDEP has ordered Deltona to correct deficiencies in its Fisher Drive wastewater plant.
Most of Deltona’s homeowners and many businesses now rely on septic tanks for waste disposal, and Deltona has the highest sewer rates of any city in the region, according to consultants hired by the city to study its utility rates.
Diane Consalo said she had signed the petition circulated by Osteenites opposing HIckory Lakes Preserve. She, too, expressed disappointment with her city government’s decision.
“They just don’t do anything for the citizens of Deltona,” Consalo said.
“I believe this place will be a ghetto in five to seven years, because they didn’t plan,” Phil Loranger concluded.