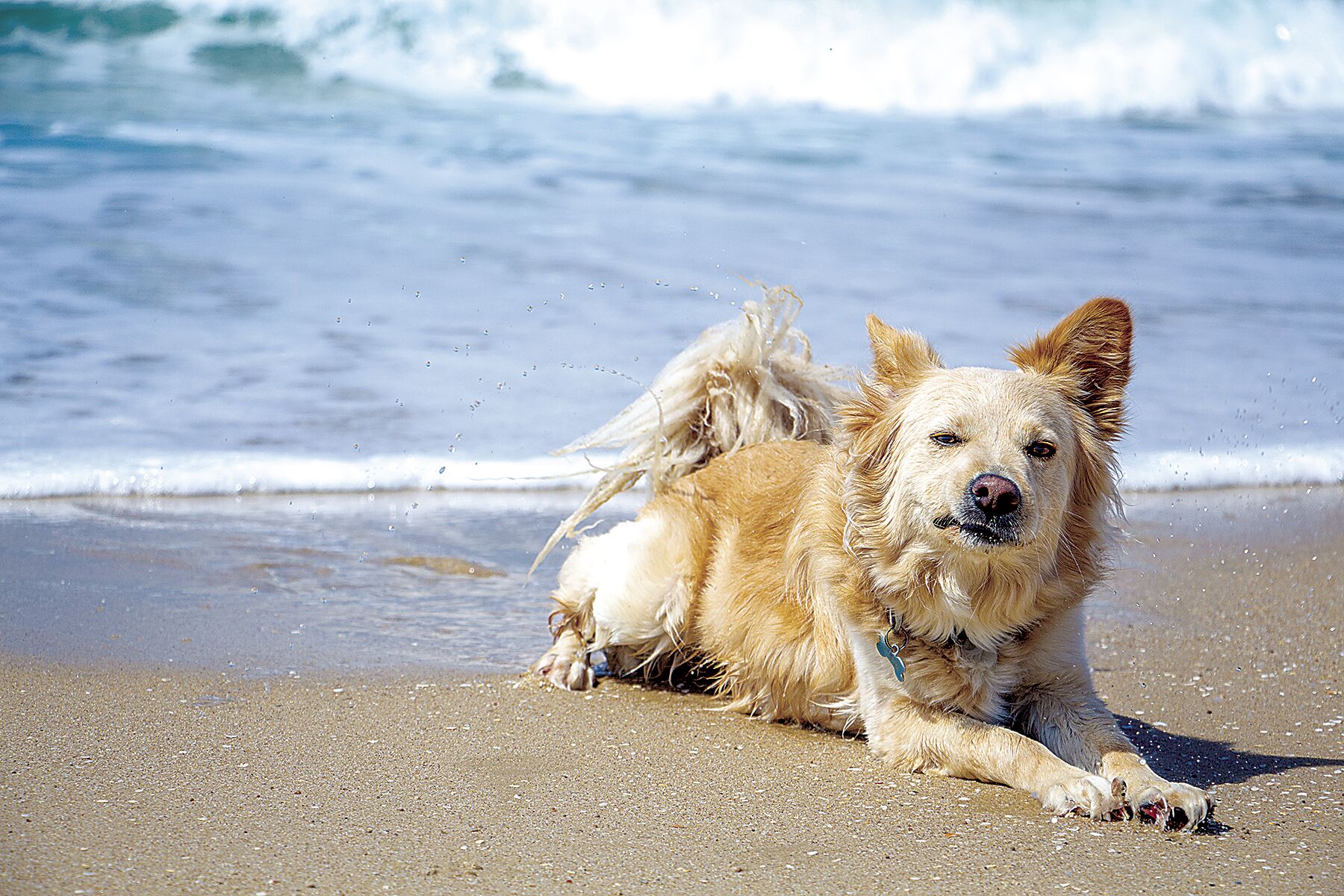 In this case, no one let the dogs out — out on the beach, that is.

For more than a third of a century, Volusia County has forbidden people to bring pet canines onto the ocean strand. That will not likely change, if county leaders and many of their human constituents have their way.

“Currently, animals are prohibited from being on the beach,” Volusia County Public Protection Director Joe Pozzo told the County Council at its April 20 meeting. “The prohibition of dogs on the beach has been in place since 1987. … Allowing animals on the beach will require an amendment of the beach code.”

For clarification, the issue at hand is whether to allow pet dogs on the beaches. Service animals are exempt from the county’s prohibition, in compliance with the federal Americans With Disabilities Act.

In addition, the county now allows dogs at two oceanfront parks: Lighthouse Point Park in Ponce Inlet and Smyrna Dunes Park in New Smyrna Beach. Park rules require owners to keep their four-footed companions on leashes and to clean up after them. For some devoted animal lovers, those parks are too far away, and they want more shoreline opened up for canines.

“I really like the idea of a dog beach. I think we have to give people a place to take their dogs farther north in Volusia County,” Alex Pandelos of Ormond Beach told the County Council.

However, the Volusia County Health Department and the U.S. Fish and Wildlife Service presented several reasons it’s not smart to have dogs on a public beach, including the possibility of fecal contamination of the sand.

“My primary concern is the health issue,” she said. “I have grandchildren, and they like to eat sand.”

Even some dog owners opposed the idea of allowing dogs on the beach.

“I live in DeLand. I love dogs … but I would not take them to the beach,” Kathy Pugh said. “People do not pick up after their animals.”

What is the county’s responsibility if someone on the beach is harmed by a dog allowed there as a matter of public policy?

“Do we tax our citizens more by charging for a permit?” Council Member Danny Robins said, adding he wants to avoid “something that would create liability.”

“Liability is on the dog owner, not the county,” DeLand resident Karen Clark said.

For those who may want to give their dogs the beach experience, the County Council asked the administration staff to look into the possibility of adding two oceanfront dog parks — perhaps in the Ormond Beach area — similar to the Lighthouse Point and Smyrna Dunes parks.

The council set no date or deadline for receiving information or options on changing the beach code or adding beachfront dog parks.

The County Council last discussed allowing dogs on the beaches in 2014, and that review ended in a “no” vote.

On another beach-related note, the council deferred a discussion of a proposal to exempt Volusia County residents from the beach tolls.

County Chair Jeff Brower has suggested allowing in-county beachgoers to drive and park on the beach at no charge, because a portion of their county-levied property taxes pay beach expenses, including policing, litter cleanup and lifeguards.

The County Council decided to push consideration of Brower’s proposal to October at the earliest, after the county’s 2021-22 budget has been ratified and implemented.